The Green New Deal is A Communist Plot

The Green New Deal is A Communist Plot - Elizabeth Nickson 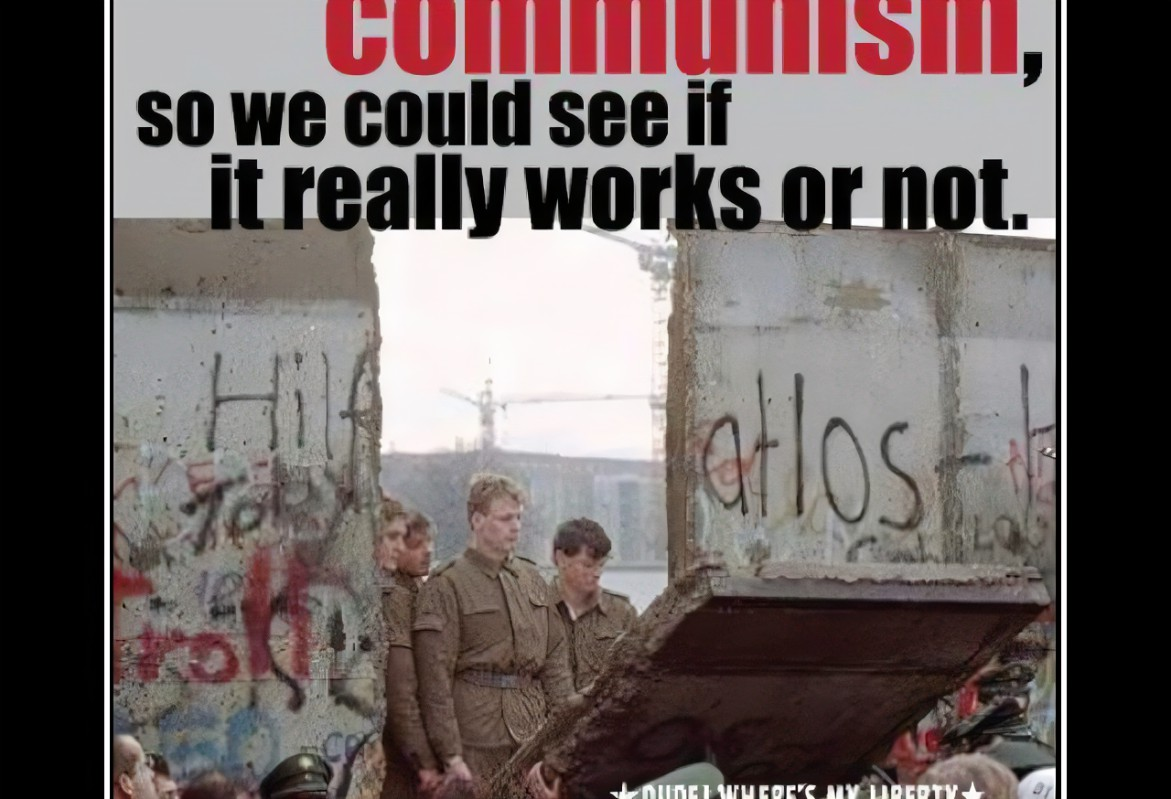 "Commies have always been after the wealth of America. It is their plum, their Holy Grail, their much-lusted-after crowning achievement.
From the ruined universities of Europe, they flooded to the New World after WW2, determined to get some of her lovely money.
Communists are always money hungry, starved in fact, ravenous for cash, but they never figure out how it is created.
Posted by Jim Riley at 10:30 AM No comments: 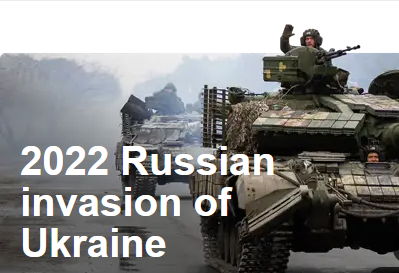 "...On the other hand, we have the spectacle of US generals making ever more bellicose public statements about war with Russia, with China, with whomever.
For example:

Will Schryver @imetatronink
My view of the matter is that the Pentagon is rattling sabers to buy time because the war in Ukraine has shocked them into the stark realization that they are nowhere close to being prepared to fight a great power war. They're talking tough, but they're the ones who are rattled.

Arnaud Bertrand @RnaudBertrand
"A four-star Air Force general sent a memo on Friday to the officers he commands that predicts the U.S. will be at war with China in two years and tells them to get ready." The sheer insanity of this... https://t.co/70weXsUYiL
3:54 PM ∙ Jan 29, 2023
...
Posted by Jim Riley at 9:30 AM No comments:

Where You Gonna Put Those Wind Turbines? | Power Line

Where You Gonna Put Those Wind Turbines? | Power Line 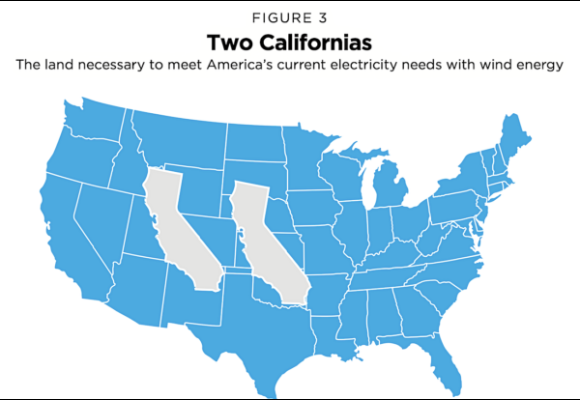 "There are several reasons why wind and solar energy are doomed to fail, but the most basic is that they are low-intensity energy sources.
They produce ridiculously little electricity per acre.
Thus, Robert Bryce, one of our top energy experts, calculated in a paper he wrote for American Experiment that if we wanted to get all of our electricity needs from wind turbines, we would have to dedicate an area twice the size of the State of California.
I will hazard a guess that, no matter how much money liberals waste, this isn’t going to happen...
Posted by Jim Riley at 8:30 AM No comments:

This lie is being taught to our children! 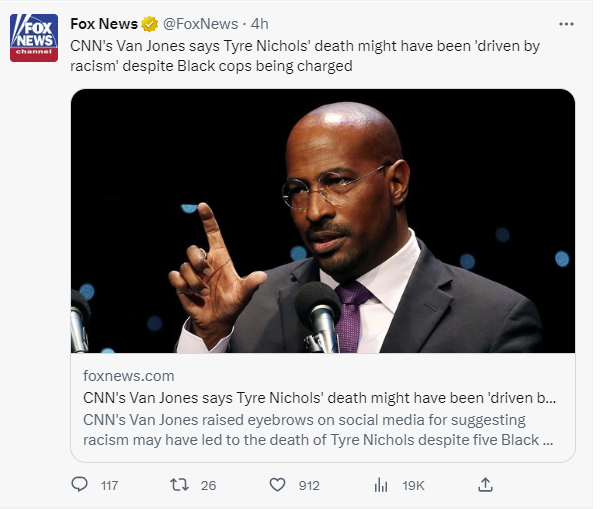 It's Not Just Gas Stoves Democrats Are Coming For - Here Are Other Home Appliances on the Chopping Block:
But gas stoves aren’t the only thing climate scolds and the radicals in the Biden administration want to take away from us all. There is a growing list of other modern conveniences these advocates of stone age living want to destroy.
The Democrats and their extremist climate change allies want to take away items from nearly every room of our homes, according to Ben Lieberman, a senior fellow at the Competitive Enterprise Institute.
“There’s bad news for almost every room in the house,”
Posted by Liberty Review at 7:30 AM No comments:

URGENT: A big New Zealand study reveals high rates of kidney injury after the Pfizer jab - Alex Berenson
"Drawing on a national database of over four million people, researchers in New Zealand have found a strong association between Pfizer’s mRNA Covid shot and kidney injuries.)
...The authors did not define “acute kidney injury,” a term that can cover anything from relatively benign changes on laboratory tests to a serious loss of renal function.
Still, the finding is yet another signal of the potential cardiovascular risks of the mRNAs... 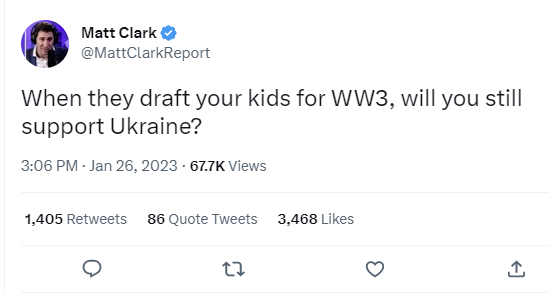 Parents say 'dream' school district has become a 'woke' nightmare: 'The joke's on us' | Fox News

Parents say 'dream' school district has become a 'woke' nightmare: 'The joke's on us' | Fox News:
One mom in Linn County told "Fox & Friends First"she pulled her children out of the public school system in Fall 2022 to homeschool. Geralyn Jones, the chair of a Moms for Liberty chapter in Iowa, said that she removed her children because of a transgender policy that allows students to choose which locker rooms and bathrooms to use. "But most importantly, [the policy] supports keeping records from parents, and it excludes parents. So a child can have a like another file or a student file that is separate. And the school administration is not required to share that with parents," Jones said.
Posted by Liberty Review at 7:30 PM No comments:

The Disturbing Reality of Cobalt Mining for Rechargeable Batteries

Read/watch all, GREAT FUN!-----Fired Google 'Project Manager' TikToks Her 'Awesome' Days at Google and the Mockable Day She Got Canned

Fired Google 'Project Manager' TikToks Her 'Awesome' Days at Google and the Mockable Day She Got Canned - By Jim Thompson
Not long before Elon Musk walked into Twitter’s lobby carrying an actual sink, a Twitter TikTok video was circulating on social media.
It featured a super-happy Twitter employee wandering the Twitter building, grabbing her grande latte, getting a massage – doing everything but, you know — working...
This month, Google terminated 12,000 employees....
In the video above, called “A Day in My Life Working from Google LA,” Nicole walks into (what looked like) a nearly deserted building...Then the ban hammer fell.Her “I was laid off” video takes us through the day of her firing...
Posted by Jim Riley at 5:30 PM No comments:

Not taught in any inner-city school anymore?-----Chris Rock - How not to get your ass kicked by the police!

DeSantis proposes execution eligibility for child rapists, stiffer drug crime penalties, more - TheBlaze:
"Common sense does not seem to be very common anymore in many parts of this nation, but it will reign supreme here in Florida," Moody said, referencing soft-on-crime policies in municipalities like Los Angeles, Portland, New York City, and Chicago. Moody contends those policies can seriously endanger law-abiding citizens.
Posted by Liberty Review at 3:30 PM No comments:

MUST SEE!!-----#DirectedEvolution TAKES THE WORLD BY STORM!! 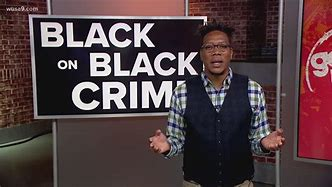 "...As Glenn Reynolds (Instapundit) observes, Nichols’ beating was administered by “Black officers in a majority Black city with a Black police chief.”
The officers involved have been criminally charged, but the media to which every Black killed by a cop is just proof that we are still in the Selma, Alabama world of decades ago -- another case of some innocent Black person victimized by racist oppressors.
The odious Joy Reid at MSNBC highlighted a guest who blames Nichols’ death on “white supremacy” and CNN’s Van Jones opined “The police who killed Tyre Nichols were Black. But they still may have been driven by racism.” 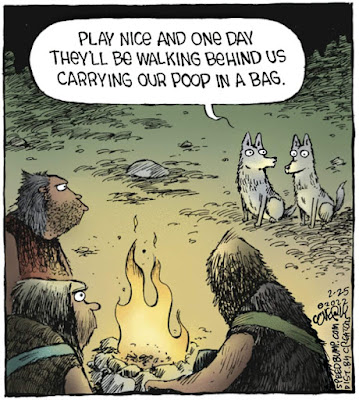 Report: Biden administration and Big Tech adapting military-grade AI to silence Americans worried about vaccine side effects - TheBlaze:
Technologies previously used against America's enemies are now being wielded against its citizens. A new report from Just the News indicates that the Biden administration, in concert with Big Tech, academia, and big corporations, is pouring taxpayer money into an AI censorship program that allegedly utilizes systems once called upon to wage information warfare against the Islamic State. According to one free speech watchdog, "Under the Biden Admin, the [National Science Foundation] is funding the idea that if citizen trust in government cannot be earned organically, then it must be installed by science."
Posted by Liberty Review at 11:30 AM No comments: 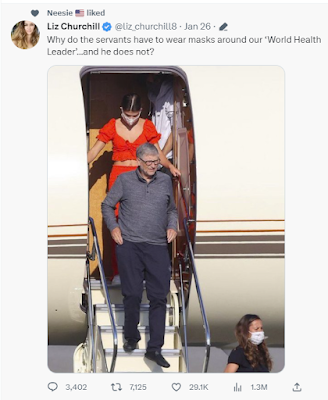 Why is their "conversation" always a lecture on how horrible WE are?-----White people need to ‘work’ on their ‘whiteness’: sociologist 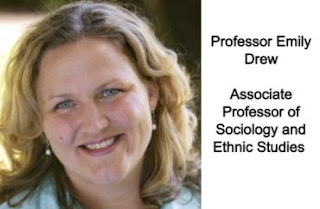 "Professor Emily Drew will host a “conversation” in February “for white people to reflect together on what it means to ‘do our work’ as white people,” according to an announcement...
Participants will be asked to consider the following questions: 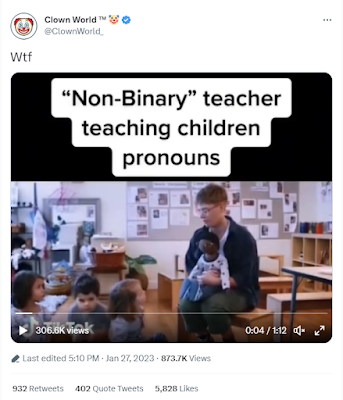 Canada's climate-insanity!-----FOURNIER: The Just Transition is a money grab and a recipe for inflation | Opinion | westernstandard.news

FOURNIER: The Just Transition is a money grab and a recipe for inflation | Opinion | westernstandard.news  By Joseph Fournier
"There is neither enough land nor cash to construct the kind of China-dominated, weather-dependent energy systems in Alberta on the scale that would be necessary for them to replace our accustomed carbon-based sources of energy.
As far as I can tell, the whole thing is nothing more than a money grab and a recipe for inflation.
Meanwhile, advanced fourth generation nuclear plants are only now becoming commercially available and it will take another decade of massive investment and political will to begin seeing them roll out in quantity...
Meanwhile, Trudeau's climate tax is set to triple by 2030.
...Where are Albertans going to find trillions of dollars for this new massive storage network that is required to get us through the tough winter months?...
Posted by Jim Riley at 9:30 AM No comments:

How much does the US taxpayer pay for this CRAP?-----UN official fired after allegedly giving $61M to man he met at party | Daily Mail Online 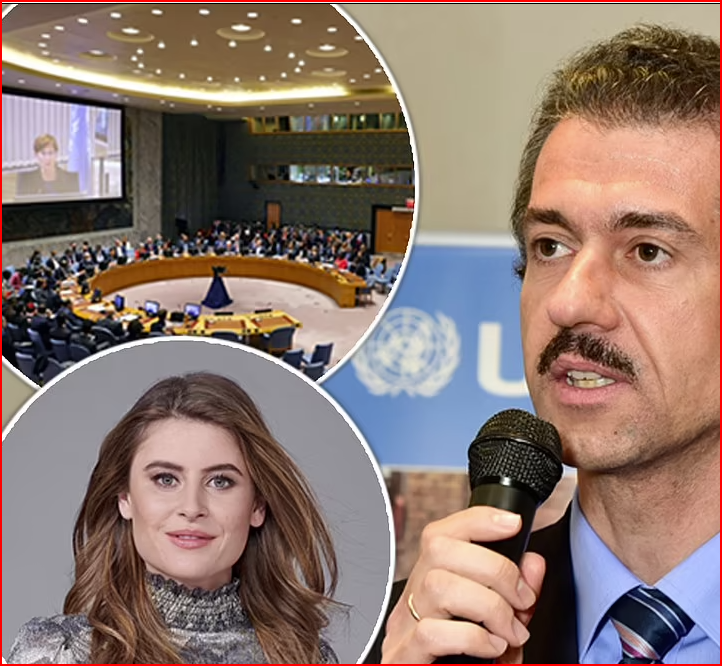 "UN-believable! United Nations official is fired after handing $58m to man he met at party and $3m to his daughter to produce a Joss Stone song... after being introduced by man who set Trump up with Melania 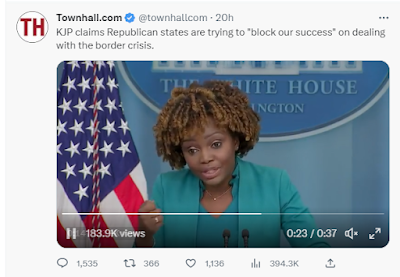 Biden judicial nominee stuns with inability to answer basic questions about the Constitution: 'Not coming to mind' - TheBlaze

No, they don't ALL agree!-----Top climate scientists predict decades of global cooling in study ignored by mainstream media - LifeSite 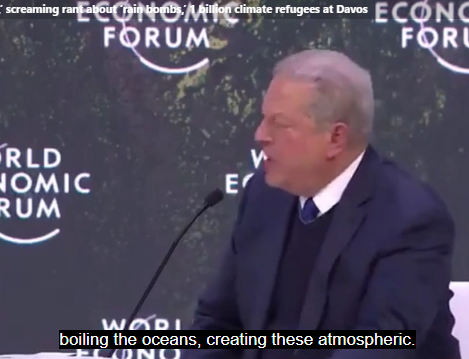 (The Daily Sceptic) — Whisper it quietly – and don’t tell Al “Boiling Oceans” Gore – but the Northern hemisphere may be entering a temperature cooling phase until the 2050s with a decline up to 0.3°C (~1.14°F).
By extension, the rest of the globe will also be cooled.
Posted by Jim Riley at 7:00 AM No comments: