Thank God no one called them "nappy headed hos". 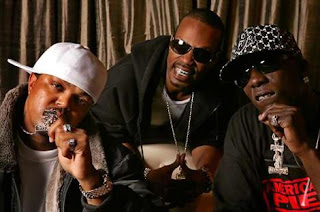 Thankfully, these students were only shot by others of their same race. And, at least, they were shot in their school. Where they had friends and support. Really not much of a story....
My Way News - 2 Students Shot in Chicago High School: "Two students were shot Tuesday inside a Chicago public high school on the city's South Side, police said.
Two people were taken to hospitalized in 'critical/serious' condition, the Chicago Fire Department said. Spokeswoman Eve Rodriguez did not have information on the victims' ages or gender.
Police had initially said the students were in good condition.
The shots were fired at the Chicago Vocational Career Academy at about 2:30 p.m., police spokeswoman Monique Bond said. A student with a handgun shot an unarmed student in the leg, and a bullet apparently ricocheted and struck the shooter in the leg.
She said a gun was recovered at the scene.
School officials could not immediately provide any information. "
Posted by Jim Riley at 7:34 PM