Three Quarters Believe Global Warming A 'Natural Occurrence' - UK News Headlines: "ALMOST three quarters of people believe global warming is a 'natural occurrence' and not a result of carbon emissions, a survey claimed today."
Posted by Jim Riley at 11:40 AM No comments:

How Farm Odors Contribute to Global Warming: New Research Happening in NYS - WETM 18 Online: "Agriculture Under Secretary for Natural Resources and Environment, Mark Rey, was in Corning Wednesday morning at the Big Flats Plant Materials Center to annouce the award of nearly $20 million in Conservation Innovation Grants to fund 51 research projects across the country designed to refine new technologies helping dairy and other agricultural producers cut back on their greenhouse emissions and cash in on governmental incentives for the research. "
Posted by Jim Riley at 9:47 AM No comments:

The Preferences Are Coming – Twelve Million of Them

The Preferences Are Coming – Twelve Million of Them: "The 12 million or more who entered the United States illegally, and would gain United States citizenship under the current immigration proposal, Senate Bill 1348, will qualify for race preferences and privileges for which the majority of Americans are not eligible. This is not fair. "
Posted by Jim Riley at 1:35 PM No comments:

The democrats on Iraq and WMD...before...

Kind of an "inconvient memory" the dems now deny. Liars!

http://www.bercasio.com/movies/dems-wmd-before-iraq.wmv
Posted by Jim Riley at 1:10 PM No comments:

strange maps: "The creator of this map has had the interesting idea to break down that gigantic US GDP into the GDPs of individual states, and compare those to other countries’ GDP. What follows, is this slightly misleading map – misleading, because the economies both of the US states and of the countries they are compared with are not weighted for their respective populations."
Posted by Jim Riley at 4:59 PM No comments:

Read the sunspots: "Solar scientists predict that, by 2020, the sun will be starting into its weakest Schwabe solar cycle of the past two centuries, likely leading to unusually cool conditions on Earth. Beginning to plan for adaptation to such a cool period, one which may continue well beyond one 11-year cycle, as did the Little Ice Age, should be a priority for governments. It is global cooling, not warming, that is the major climate threat to the world,"
Posted by Jim Riley at 4:47 PM No comments:

Journalists give campaign cash - Politics - MSNBC.com: "144 journalists who made political contributions from 2004 through the start of the 2008 campaign, according to the public records of the Federal Election Commission. Most of the newsroom checkbooks leaned to the left: 125 journalists gave to Democrats and liberal causes. Only 17 gave to Republicans."
Posted by Jim Riley at 4:38 PM No comments:

Rocky Mountain News - Denver and Colorado's reliable source for breaking news, sports and entertainment: Local: "Denver is gearing up to fight global warming, and residents may soon be asked to make personal sacrifices to help save the planet. "
Posted by Jim Riley at 10:57 AM No comments:

Worm attacked voter database in notorious Florida district: "The computer database infrastructure of Sarasota County, Fla., was attacked by a notorious Internet worm on the first day of early voting during the 2006 election, which featured the now-contested U.S. House race between Democrat Christine Jennings and Republican Vern Buchanan in Florida's 13th Congressional district.
In the early afternoon hours on Monday, Oct. 23, 2006, an Internet worm slammed into the county's database system, breaching its firewall and overwriting the system's administrative password. The havoc brought the county's network -- and the electronic voting system which relies on it -- to its knees as Internet access was all but lost at voting locations for two hours that afternoon. Voters in one of the nation's most hotly contested Congressional elections were unable to cast ballots during the outage, since officials were unable to verify registration data."
Posted by Jim Riley at 10:54 AM No comments:

Half of S&P 500 CEOs Topped $8.3 Million: "A new Associated Press calculation shows that compensation for America's top CEOs has skyrocketed into the stratospheric heights of pro athletes and movie stars: Half make more than $8.3 million a year, and some make much, much more. "
Posted by Jim Riley at 10:46 AM No comments:

Townhall.com::Why Liberals Spread Poverty::By Kevin McCullough: "Liberals would prefer more people to experience poverty. Their actions demonstrate their massive desire to see more people unemployed, and under paid. One of their chief political goals is to cripple the chance for the impoverished from improving their lot in life and thus become even more dependent upon entitlements that only they (liberals) will dole out. Thus the greatest con in elective politics begins again.
It's called a 'surcharge.' "
Posted by Jim Riley at 4:43 PM No comments: 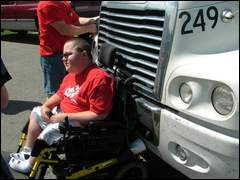 South Bend Tribune: "A 21-year-old man was taken on a wild ride Wednesday afternoon when the wheelchair he was in became attached to the grille of a semi-truck and was taken four miles down a highway at about 50 mph."
Posted by Jim Riley at 9:29 AM No comments:

Daily Dollop: Environmental Terms Explained
Posted by Jim Riley at 9:24 AM No comments:

My Way News - Flight 93 Memorial Land in Dispute
Posted by Jim Riley at 10:00 PM No comments:

The Hill’s got eyes: Medical marvel or makeup, new look turning heads - Herald Columnists - BostonHerald.com: " “Absolutely the first thing that struck me was her jawline,” says politico/fashionista No. 1. “She was bordering on babelicious. I’d call this a nip and tuck worth five points in the polls, a reverse of the Mike Dukakis tank ride.” "
Posted by Jim Riley at 9:27 AM No comments:

The New Criterion — Why the art world is a disaster

The New Criterion — Why the art world is a disaster: "It sounded, my friend said, spectacularly awful. She’d just had a call from her husband, a Bard alum, who had zipped through the exhibition while doing some work at the college. Huge images of body parts—yes, those body parts—floating on the walls of a darkened room, minatory videos of men doing things—yes, those things—to each other, or to themselves, all of it presented in the most pretentious fashion possible."
Posted by Jim Riley at 4:42 PM No comments:

Help wanted in the fields: Migrant shortage hurts farmers, crops - mlive.com: "'The impact cuts across a number of areas,' said Rosenbaum. 'Without farmworkers, crops are not being harvested, schools receive less funding, and health clinics and other human service (agencies) lose funding.
'Communities receive an estimated $18,000 per worker each year,' said Rosenbaum, 'Fifty percent of their wages are spent locally.' "
Posted by Jim Riley at 3:26 PM No comments:

Wildly ignorant editorial rant by The Chronicle that serves to reconfirm our fears of liberals in charge of our military.


Why is vital equipment to troops delayed? - mlive.com: "The argument that our troops are being put at risk by debate between the president and Congress over extending supplemental funding bill is wildly inaccurate. Our fighting forces have been at risk since the start of the conflict back in 2003, and remain very much at risk today because they don't have what they need in the field. "
Posted by Jim Riley at 11:13 AM No comments:

Why do they pay her extra to do her job?

Fire her now!
- mlive.com: "Quirky clerk case better off in court
Fruitland Township politics can be as interesting as any local government in our area. The quirky case involving its clerk's pay issue is a case in point. It's also a case that is probably best decided in a courtroom.
This is not the first time township Clerk Janell Beard has been embroiled in controversy. Earlier this year, Trustee Mary Eley raised questions about the propriety of Beard's mileage reimbursement requests -- one of a number of township issues Eley addresses in her web site. The complaint was investigated and dismissed by Muskegon Prosecutor Tony Tague.
Now Beard's request for reinstatement of a $1,500 payment she was earlier denied to conduct 'nontraditional elections' -- those conducted in off years in addition to general and primary elections -- is the focus of more controversy. Beard contends the $1,500 was illegally stripped from her, since she considers it part of her $31,314 base salary. Just recently, a divided board, on its attorney's advice, reinstated the clerk's pay, but the issue still remains before Circuit Court Judge James M. Graves Jr.
Several townships in Muskegon and Ottawa counties -- notably Muskegon, Spring Lake and Fruitport -- have experienced acrimonious and rocky times as officials and board members go their different ways.
We hope when the dust clears, Fruitland's troubles will simmer down to a slow boil again. "
Posted by Jim Riley at 11:11 AM No comments: 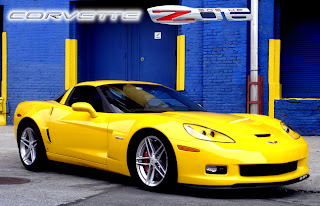 Good news for GM in its battle with Toyota: "General Motors Corp., once the symbol of big, slow corporate America, virtually matched Toyota Motor Corp., the icon of lean manufacturing, in North American assembly plant productivity last year for the first time since it has been measured, industry research group Harbour Consulting reported Thursday."
Posted by Jim Riley at 9:19 AM No comments: