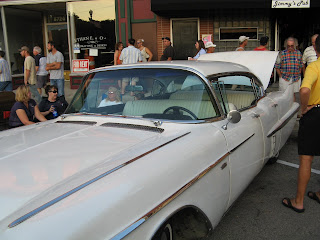 Liberals Going After Fox Advertisers: "MoveOn.org is campaigning against Fox because it says the network characterizes itself as a fair news network when it consistently favors a conservative point of view, said Adam Green, the organization's spokesman.
'We're not trying to silence anybody,' Green said. 'Rush Limbaugh has a right to be on the air—he admits his point of view. Fox doesn't.' "
Posted by Jim Riley at 7:29 PM No comments:

Serious Security Questions at Sky Harbor Airport - ABC15.com: Phoenix, Arizona News, Weather, Radar, Breaking News, Traffic and Web Cams: "Larry Wansley is widely regarded as one of the nation's top airline security experts. 'It's a frightening situation, I've just simply never seen anything like it,' he said. 'I really honestly have not.' "
Posted by Jim Riley at 11:40 PM No comments:

FT.com / World - Backlash in rich nations against globalisation: "Large majorities of people in the US and in Europe want higher taxation for the rich and even pay caps for corporate executives to counter what they believe are unjustified rewards and the negative effects of globalisation. "
Posted by Jim Riley at 11:38 PM No comments:

Maybe we need a "fairness doctrine" for home sellers?

The Volokh Conspiracy - -: " 'Orlando is becoming one of the most difficult cities in America to sell a home for fair-market value."
Posted by Jim Riley at 7:37 PM No comments:

Fred just got a bit o leverage with NBC 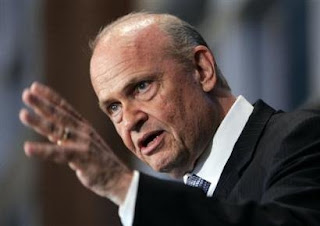 "Hey guys. I'm thinking of NOT running for President. Ya got any inducements?"
The Volokh Conspiracy : "Must NBC Stop Running Law & Order Episodes With Fred Thompson if He Announces His Candidacy, or else face the obligation to give rival candidates equal time? The answer is yes, under 47 U.S.C. § 315(a):"
Posted by Jim Riley at 7:16 PM No comments:

edmontonsun.com - Lyn Cockburn - Canada goes to pot: "The UN report stated that Canadians use marijuana four times more than people in any other developed country. Some 16.8 per cent of Canadians between 15 and 64 used pot in 2006.
.......To put it all in perspective, people in Jamaica evidently smoke 6.1-per-cent less pot than do Canadians.
Posted by Jim Riley at 11:57 AM No comments:

Harris-Darnell is black. Imagine if the GOPers had rejected the only black candidate for the position.......no cries of "racism"? Naa......

Politics leaves jury panel short-handed - mlive.com: "The Muskegon County Jury Commission is supposed to consist of three dedicated individuals who do a lot of important but monotonous work for little money.
But the commission has been short one member for about seven months, creating extra work and frustration for the two remaining members.
Part of the frustration comes from the fact that two replacement candidates were nominated by the county's circuit court judges, but both were rejected by Muskegon County commissioners. "
...The judges eventually nominated Marianne Harris-Darnell of Muskegon Heights to fill the post. In recent years, Harris-Darnell left the Democratic Party, became a Republican and was the unsuccessful GOP candidate last year for state representative in the 92nd state House district.
Posted by Jim Riley at 11:47 AM No comments:

Typical worthless Chronicle article. Meebee ya might be interested in who the "founding board members" are and was the rent paid in line with similar rents? Something smells here.....


Charter school's rent cut in half to $260,483 - mlive.com: "After enduring a one-third drop in students, officials with Tri-Valley Charter Academy decided they could no longer afford to pay nearly a half-million dollars a year in rent.
So they negotiated to nearly cut in half the amount of rent being paid to an organization affiliated with one of the school's founding board members."
Posted by Jim Riley at 11:45 AM No comments:

Aquarama Photo Gallery by Karl R. Josker at pbase.com
Posted by Jim Riley at 11:40 AM No comments: 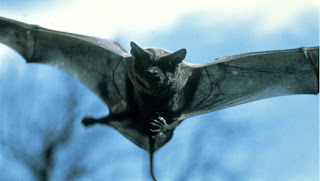 My bat story!
A hundred years ago, or so it seems, I was a little kid visiting relatives in South Salem NY, near Bill&Hill's Chappaqua. The parents were partying and us kids were wandering in the woods. I happened upon a nifty little critter on the ground, picked it up and the bugger bit me. It was a bat. I tried to drop it but the sombich had a quality chomp on my finger. I poped 'em in the gut with my other hand and he let go. The bite drew a small amount of blood, so I did what any pre-macho 5th grader would do, I sucked on my finger til it stopped bleeding and went to play with my cousins. Later that evening, at dinner I casually told my Mom about my little event. Thinking I'd get an "ataboy" for facing a wild animal and showing who was "boss". Apparently rabid bats were plentiful that year in NY and Mom and Dad went ....ballistic!Anyway, I was told to "go get that bat!". Yeah right. The cops were called and I moseyed back into the woods and, amazingly found my biting buddy on the ground. Right where I'd bopped 'em. So I picked him up again. Smart kid! Though I still wonder why my parents didn't come with me......
The state trooper car was in the driveway, lights blaring and they wisked my bite-bat-buddy away. Next day we were told he wasn't rabid.
Only later did I find that if I hadn't found the bat, the nifty stomach needles were my last hope at survival.
That's my bat story!
Posted by Jim Riley at 10:45 AM No comments: 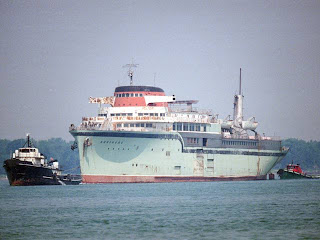 Harsh....
The Aquarama is towed from Detroit to Buffalo: "'Crusherama' Buffalo-bound
Some said it was a piece of history.
Some said it was an eyesore.
Tuesday, they said goodbye."
Posted by Jim Riley at 10:20 AM No comments:


Western New York Heritage Press: "Born in 1945 in Chester, Pennsylvania, as a World War Two troop ship, the future Aquarama was named the Marine Star.
She made one Atlantic crossing before war ended and with it her usefulness to the U.S. Maritme Commission. The ship
was mothballed until 1952 when it was purchased by the Sand Products Company of Muskegon, Michigan. "
Posted by Jim Riley at 10:02 AM No comments:

contentions » archive: "You don’t hear much about Anbar Province anymore. That’s because this area, once the scene of the heaviest fighting in Iraq, has turned remarkably quiet of late. Attacks are down 80 percent since last year. If there is any cause for optimism in Iraq this is it: If an area as troubled as Anbar could be turned around so quickly, then no part of Iraq can truly be said to be hopeless. "
Posted by Jim Riley at 7:44 PM No comments:

No media coverage for our successes...

contentions » archive: "You don’t hear much about Anbar Province anymore. That’s because this area, once the scene of the heaviest fighting in Iraq, has turned remarkably quiet of late. Attacks are down 80 percent since last year. If there is any cause for optimism in Iraq this is it: If an area as troubled as Anbar could be turned around so quickly, then no part of Iraq can truly be said to be hopeless. "
Posted by Jim Riley at 9:13 PM No comments:

Sick Propaganda - WSJ.com: "At the end of a pre-licensure study that took four years to complete, included 70,000 children and cost about $350 million, Dr. Heaton called together 200 people at her company. (As a co-inventor of the vaccine, I was present at this meeting.) She started with a series of slides. 'This is what the world looks like now,' she said, pointing to a map that contained hundreds of small black dots concentrated in Asia, Africa, and Latin America. 'Each of these dots represents 1,000 deaths a year from rotavirus.' Then Dr. Heaton showed a map without any black dots. 'Now,' she said, pointing to the clean map, 'we have the technology in hand to eliminate deaths from this disease.'
Then she wept. She stood in front of 200 people with her head down and her shoulders shaking. This isn't an image that anyone has of a pharmaceutical executive. "
Posted by Jim Riley at 11:37 AM No comments:

Powell's Books - PowellsBooks.Blog: "Those who call the King James Version of the Bible the unerring word of God have a slight problem. The New Testament of the KJV (as the King James Version is usually referred) was translated into English from a version of the Greek New Testament that had been collected from twelfth-century copies by Erasmus. Where Erasmus couldn't find Greek manuscripts, he translated to Greek from the Latin Vulgate (which itself had been translated from Greek back in the fourth century). "
Posted by Jim Riley at 10:28 AM No comments:

Fear of a global 'coldening' | The Daily Telegraph

Fear of a global 'coldening' The Daily Telegraph: "LAST month Australians endured our coldest June since 1950. Imagine that; all those trillions of tonnes of evil carbon we've horked up into the atmosphere over six decades of rampant industrialisation, and we're still getting the same icy weather we got during the Cold War."
Posted by Jim Riley at 10:42 PM No comments:

wcbstv.com - First Class Glass: Bottle Of Water $55 In N.Y.: "Via Genova, a water bar in Chappaqua, N.Y. (home of Bill and Hillary Clinton), is cashing in on the craze, stocking water bottles that look more like collectors items. "
Posted by Jim Riley at 10:21 AM No comments:

'Get rid of all these rotten politicians that we have in Washington, who are nothing more than corporate toadies,' said Robert F. Kennedy Jr., the environmentalist author, president of Waterkeeper Alliance and Robert F. Kennedy's son, who grew hoarse from shouting. 'This is treason. And we need to start treating them as traitors.' (emphasis added)"
Posted by Jim Riley at 6:31 PM No comments:

Hypocrisy on the Libby decision - Examiner.com

Hypocrisy on the Libby decision - Examiner.com: "Pelosi had a much different understanding of fairness, justice and the importance of upholding the law back in 1999, when Clinton commuted the sentences of 16 imprisoned members of the Puerto Rican terrorist group FALN. The House of Representatives overwhelmingly approved a resolution of disapproval, but Pelosi said she would have voted no had she been present for the tally. Pelosi was thus defending Clinton’s commutations of sentences received for seditious conspiracy, conspiracy to make bombs, bank robbery and illegal possession of stolen firearms, among other things. Between 1974 and 1983, FALN mounted numerous attacks against this nation’s police and military, killing six people and maiming many others."
Posted by Jim Riley at 11:30 PM No comments:

Guard passes goal for recruits - USATODAY.com: "New recruiting techniques and appeals to patriotism have helped the National Guard achieve its highest level of troops since 2001."
Posted by Jim Riley at 11:20 PM No comments:

BBC NEWS Science/Nature 'Scepticism' over climate claims: "The public believes the effects of global warming on the climate are not as bad as politicians and scientists claim, a poll has suggested. "
Posted by Jim Riley at 8:07 AM No comments:

USDOJ: Office of the Pardon Attorney - Pardons Granted by President Clinton
Posted by Jim Riley at 1:14 AM No comments:

Alarmist global warming claims melt under scientific scrutiny :: CHICAGO SUN-TIMES :: Other Views
Posted by Jim Riley at 7:57 AM No comments: