Unemployment in the Great Recession 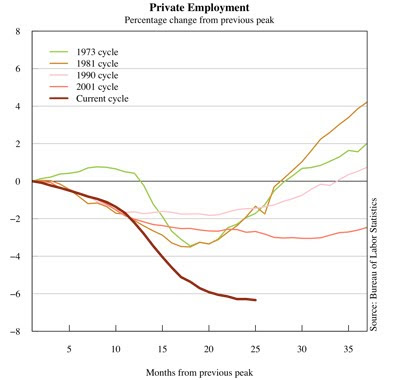 Power Line - Unemployment in the Great Recession
"In his most recent column, Cooley asks where job growth will come from.
Nor surprisingly, Cooley urges that 'policies designed to create new jobs in the economy should be directed at encouraging new firms.'
I see no evidence that such policies will be forthcoming from the federal government in the next year.
On the contrary, among other things, the tax increases built into Obama's budget will discourage new firms."
Posted by Jim Riley at 11:30 PM