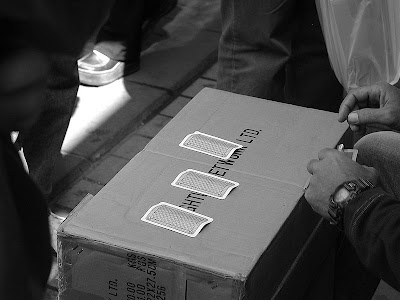 from wikipedia:
Medicare Part D - Wikipedia, the free encyclopedia
"The plan requires Medicare beneficiaries whose total drug costs reach $2,700 to pay 100% of prescription costs until $4,350 is spent out of pocket...
This coverage gap is known as the 'Donut Hole.'

The original gap between $2700 and $4350 was inserted to reduce the overall "cost" of the drug bill.

Now the "hole" has been closed so "fairness" rules.

This is the "three-card Monte" game politicians, and their willing enablers in the liberal media, have been playing for decades on us poor, unsuspecting mokes here in flyover country.

They create "savings" in one bill and "fix" it in another bill.

This happens dozens of times monthly at the local, state and federal level.

Will anyone stand with the Tea Party watchdogs and tell the people the truth?
Posted by Jim Riley at 1:10 PM