Metro's Detroit's most notorious crimes of 2013: A look back at a violent year 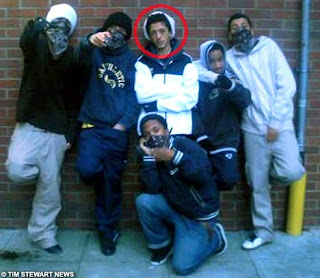 Metro's Detroit's most notorious crimes of 2013: A look back at a violent year | Detroit Free Press | freep.com:
"An escaped inmate led police on an hours-long manhunt across Detroit.
A 19-year-old was fatally shot on the porch of a Dearborn Heights home.
A gas station employee on the state’s west side was abducted.

These are just a handful of stories that grabbed headlines in 2013.
Here are some of the biggest crime stories of the year."
Posted by Jim Riley at 10:00 AM