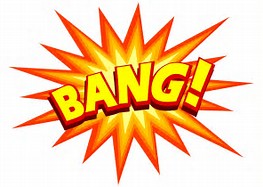 "“I think of Barack Obama calling people to a higher place, calling us to something better,” she continued. “[Trump] called everyone to their worse, divisive instinct.”

“Barack Obama did not call us to our higher instinct,” he explained."

Posted by Liberty Review at 8:30 PM No comments:

"Remember when reporters called Ronald Reagan the “Teflon president”? Then, too, they were frustrated that the mud they constantly flung at the president didn’t seem to stick. What was going on, in reality, was that voters weren’t particularly impressed by the press’s daily savaging of President Reagan. Reporters attributed this to some mysterious “Teflon” quality on the part of the president. In fact, the dynamic was much the same as what we see today with the press and President Trump.

Which doesn’t mean that it is helpful to be viciously attacked every day. It obviously isn’t. But when the press is so little trusted, diminishing returns set in pretty quickly."

The way we were-----History vs. Richard Nixon - Alex Gendler

New Prostate Cancer Screening Guidelines Don't Go Far Enough (Op-Ed)
"Dr. David Samadi is the chairman of urology and chief of robotic surgery at Lenox Hill Hospital in New York City and is a board-certified urologist and oncologist specializing in the diagnosis and treatment of urologic diseases, kidney cancer, bladder cancer and prostate cancer.
He contributed this article to Live Science's Expert Voices: Op-Ed & Insights.
"A disturbing trend has been emerging in my practice over recent years: More men are being diagnosed with aggressive prostate cancer, and in some cases the cancer has already metastasized to the bones and become incurable.
It's a direct result, in my opinion, of 2012 guidelines by an influential government panel recommending against routine prostate cancer screening in men of all ages.
...Prostate cancer is the most common cancer in American men after skin cancer, affecting 1 in 7 males, according to the American Cancer Society (ACS).
More than 161,000 men are expected to be diagnosed with the disease this year and nearly 27,000 will die, according to the ACS.
By the numbers, prostate cancer and breast cancer..."
Posted by Jim Riley at 5:30 PM No comments:

Leonard Fournette Christian McCaffrey start trend skipping bowl game NFL draft:
"When Christian McCaffrey and Leonard Fournette decided to skip their bowl games last December, nobody really knew how it would impact their NFL draft status, or that of future players considering the same choice.
We found out very quickly Thursday night -- with a rubber stamp of approval from the NFL.
All those who thought perhaps league executives would frown upon players abandoning their teams to get a jump on their NFL careers got a resounding answer.
Fournette and McCaffrey went early in the first round, anyway.
And that could have a far-ranging set of consequences that go beyond a few players.
It's a reality some coaches across the country confronted Friday as they weighed the potential fallout.
...Another Power 5 head coach summed it up this way: "For players who are going in the first round? This is just a start."
...Now here we are, trying to figure out whether two players have the ability to flip the entire college football system as we know it.
Because if more players decide to follow suit, what does that mean for bowl games?..."
Posted by Jim Riley at 4:30 PM No comments:

"As an African who was subjected to FGM, now living in the West, allow me to help bridge that gap by explaining what we’re really talking about beneath the weasel words ‘genital cutting’.

There are five types of female genital mutilation performed on girls from as young as five years of age. Four of them are unarguably mutilation, and the other is designed to symbolize mutilation. I will start with the mildest.

The lies we were told about who would silence free speech - Chicago Tribune
"The lie we were told as kids was this: The end of American liberty would come at the hands of the political right.
Conservatives would take away our right to speak our minds, and use the power of government to silence dissent.
The right would intimidate our teachers and professors, and coerce the young.
And then, with the universities in thrall, with control of the apparatus of the state (and the education bureaucracy), the right would have dominion over a once-free people.

Some of us were taught this in school.
Others, who couldn't be bothered to read books, were fed a cartoon version of the diabolical conservative in endless movies and TV shows.
The most entertaining of these were science fiction, sometimes with vague references to men in brown shirts and black boots goose-stepping in some future time.
...But the lie is obvious now, isn't it?
Because it is not conservatives who coerced today's young people or made them afraid of ideas that challenge them.
Conservatives did not shame people into silence, or send thugs out on college campuses to beat down those who wanted to speak.
The left did all that..."
Read on!!
Posted by Jim Riley at 2:30 PM No comments:

…then those with an opposing view become apostates.
That’s especially true if the topic is one with very high stakes, such as AGW (anthropogenic global warming).

Think about it this way: if a person is—
(a) convinced that AGW has been proven beyond any doubt
(b) threatens life as we know it all over the globe; and
(c) can be halted and/or decreased by measures we understand and can control if only we had the will to implement them—then it follows that anyone who disagrees is a person who is endangering life on earth.
Science, of course, is not a religion, and the history of science is littered with theories that have been considered proven and then are disproven...
Which brings us to an article Bret Stephens wrote in his new venue, the NY Times.
It was really a rather modest suggestion that people listen to both sides of the issue—not so much on AGW (which he himself seems to believe is true) as on whether we know enough to accurately predict the future of AGW and/or to fix the problems it may cause.
The Twitter storm this caused has been virulent.
But if AGW (and intervention to halt or slow its effects) is your religion, then someone like Stephens becomes the AGW devil.

Then this sort of response seems perfectly reasonable (if crass):

“The ideas ppl like @BretStephensNYT espouse are violently hateful & should not be given a platform by @NYTimes,” she said..."

Must read it all!
Posted by Jim Riley at 1:30 PM No comments: 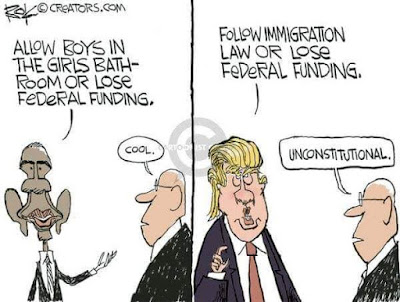 The administration's actions, he argued, were all part of its larger goal of promoting the ideals of "the socialist Left, the Marxist Left," which seeks to tear down capitalism piece by piece and "nationalize economic decision making." The global warming "myth," said Levin, is one of the Left's key tools in promoting that destructive ideology. "

During the campaign, Trump regularly recited the poem as a cautionary tale against allowing Syrian refugees to take advantage of American generosity.

The 569-word sonnet revolves around "a vicious snake" who repays "a tender woman" for her kindness with a vicious bite."
Read it below."

"The Snake" by Al Wilson (1968):
On her way to work one morning
Down the path along side the lake
A tender hearted woman saw a poor half frozen snake
His pretty colored skin had been all frosted with the dew
"Poor thing," she cried, "I'll take you in and I'll take care of you"
"Take me in tender woman
Take me in, for heaven's sake
Take me in, tender woman," sighed the snake..."
Read on and watch video!!!
Posted by Jim Riley at 10:30 AM No comments: 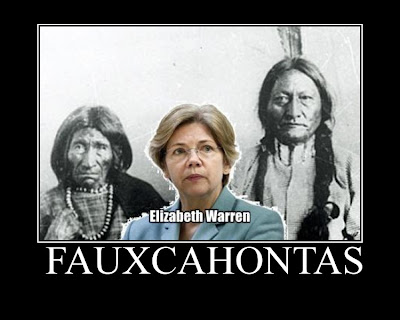 Now I’m sure that Arkin knows that this isn’t a jab at her “Native American ancestry,” but at her fake Native American ancestry.
So why pretend otherwise?
To make Trump look bad.
Which I guess explains why more people trust Trump than the media after 100 days.
UPDATE: From the comments:
“Warren = fake Indian. Arkin = fake journalist.”
Posted by Jim Riley at 9:30 AM No comments:

Puerto Rico releases offer to bondholders:
"SAN JUAN, Puerto Rico (AP) — The Puerto Rico government is offering to pay its senior creditors around 50 cents on the dollar as part of efforts to address its economic crisis.

The government released at midnight Friday its offer to holders of constitutionally backed general obligation and sales-tax bonds.
It provides $16.75 billion to cover a $36.38 billion debt, though bondholders could receive an additional $8 billion if the government receives more money than forecast over the next decade.
...The commonwealth loses protection from creditor lawsuits at midnight Monday, but the federal oversight board overseeing Puerto Rico's efforts to straighten out its finances is considering a bankruptcy-like path to restructuring debt that would also give protection from lawsuits..." 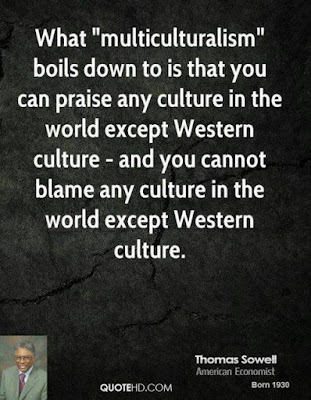 "It has organizers like Bill Ayers and is targeting youth across the country with the intention of indoctrinating and brainwashing individuals who nascent politically. We know Ayers was associated with Barrack Obama and is a big supporter of various socialists and communists as well as violent terrorists.

Today, it has come out that Ayers is partnering with Antifa in the spread of militant violence against pro-America demonstrators. " 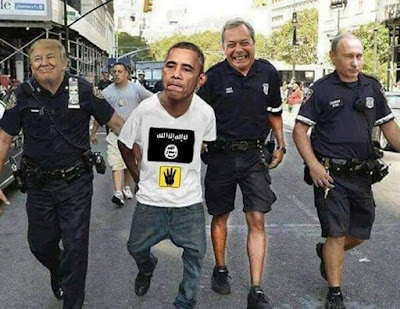 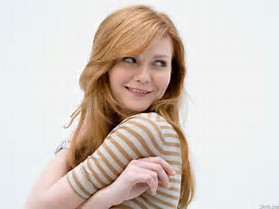 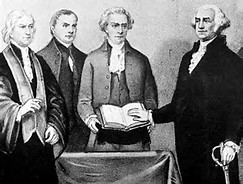 1803 - The U.S. purchased the Louisiana Territory from France for $15 million.

1900 - Casey Jones was killed while trying to save the runaway train "Cannonball Express."

1943 - The British submarine HMS Seraph dropped 'the man who never was,' a dead man the British planted with false invasion plans, into the Mediterranean off the coast of Spain. 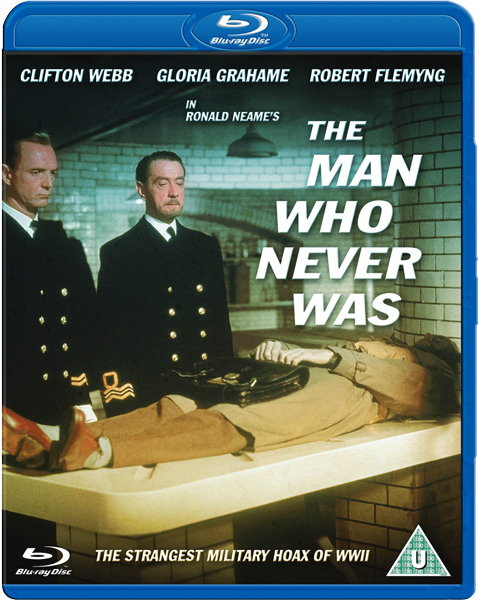 1945 - Adolf Hitler and Eva Braun committed suicide. They had been married for one day. One week later Germany surrendered unconditionally.


1952 - Mr. Potato Head became the first toy to be advertised on network television.