Americans have a proud tradition of recognizing and honoring those who have served their country in the military. The sacrifices an individual makes for choosing to serve and defend our country are great. Their personal life is greatly affected as their life is not their own. Commitment may range from several years of service to a lifetime career. What takes place during those years, however, will stay with them forever. Those who make the ultimate sacrifice, by giving their life, hold a special place in our hearts.

As Americans, we have a lot that is worth defending. Sadly, our freedoms have been taken for granted and in many cases the history of our founding and the rights which were established, no longer seem important enough to be taught in the public school system. Those who serve are taking an active stand to defend our freedoms. Their sacrifices have kept us free.

We have been blessed as a nation that most battles have been fought away from the homeland. Our rights and freedoms are always at risk when there is an aggressor; a country or entity which wishes to harm Americans or calls for the destruction of the United States. Our military, our national defense system as a whole, has protected the American people. Their service has allowed the rest of us, the civilian population, to live our lives without an overwhelming worry or fear of the true dangers which once lurked beyond our borders. This sense of security, which unfortunately was taken for granted, allowed generations to fulfill their life, enjoy their liberty and pursue their personal happiness.

If any of the previous wars or conflicts had come to our shores, our rights and freedoms would have been in harms way. We have been attacked, but we have not experienced battles in our backyards with a foreign occupation shifting our borders, be it temporarily or permanently.......
Posted by Liberty Review at 7:30 PM No comments:

"a 24-hour firestorm over her gruesome "art" piece featuring a mock-up of Donald Trump's bloody, severed head, CNN announced on Wednesday that it has officially "terminated" its relationship with comedienne and former co-host Kathy Griffin.

"CNN has terminated our agreement with Kathy Griffin to appear on our New Year’s Eve program," announced CNN Communications via Twitter Wednesday."

Posted by Liberty Review at 7:00 PM No comments:

The way we were-----Paint it Black - Vietnam War

Sununu Confronts CNN on Coverage of Trump-Russia Investigation: ‘How Much Crow Are You Going to Eat?’ - Breitbart

Sununu Confronts CNN on Coverage of Trump-Russia Investigation: ‘How Much Crow Are You Going to Eat?’ - Breitbart:


Posted by Liberty Review at 5:30 PM No comments: Media Rip Republican Who Won't Say Every American Is ‘Entitled To Eat.’ But He's Not Wrong. Here's Why. | Daily Wire

Media Rip Republican Who Won't Say Every American Is ‘Entitled To Eat.’ But He's Not Wrong. Here's Why. | Daily Wire: 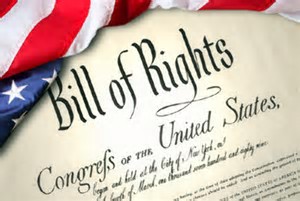 "So, is America worse off than South Africa despite our Constitution not mandating food as a right? Of course not. We’re significantly better off, because it turns out that using government to confiscate wealth from the very people who produce cheaper and more plentiful products ends up exacerbating scarcity. Declaring things “rights” feels good, but when those “rights” come with forced redistributionism, the things become less available.

So no, you don’t have a “right” from the government to food. You have the freedom from government to live a country where food is available in plenty, and where your fellow Americans help pick you up when you are down."

BRADENTON, Fla. – Officials put two schools on lockdown Thursday morning after folks called 911 to report a man with a rifle at Braden River Middle School.
District spokesman Mike Barber told the Bradenton Herald officials locked down the middle school and Braden River Elementary School before classes started Thursday based on reports of a man toting a rifle into the middle school.
The man turned out to be a middle school history teacher who brought the replica Civil War flintlock to school as part of a lesson plan.
Barber said the teacher notified a school resource officer, but the officer did not realize the teacher planned to bring the nonworking replica in on Thursday, according to the news site..."

On Trump's Trip Abroad, Media Show Just How Pathetic They Really Are | Daily Wire
President Trump on Saturday returned home from a nine-day trip that was extraordinary for its sheer breadth.

First to Riyadh, then Tel Aviv, then Jerusalem, then Rome, then Brussels, then Taormina, Italy.
First, he brokered a massive $100 billion-plus deal with Saudi Arabian leaders and delivered a powerful speech to 50 Arab leaders.
Then he became the first to fly from the Arab nation directly to Israel, where he made history as the first sitting president to visit the Western Wall.
He met Pope Francis.
(Get it? He met Muslim leaders, Jewish leaders, Christian leaders, a brilliant stroke by the man the media says is over his head in the White House — and historic.)
In Brussels, he demanded European leaders pull their own weight (and pay their fair share) with NATO. In Taormina, where foreign leaders were gaga for a million-zillion dollar "global warming" pact, he made clear America will decide what's best for America.
In between all of that, he responded forcefully to the terror bombing in Manchester, England, when — appearing with Mahmoud Abbas, the Palestinian Authority president, a leader who clearly tolerates terrorism — Trump called Muslim bombers “losers."
But what did the media report amid all this historic news?

These were the stories the mainstream media and reporters on Twitter spent lots and lots of time covering.
CNN, in its story headlined "6 key moments from President Trump's first trip abroad," included three of these: the hand flick, the shove, the orb.
Only the Pope and the Western Wall made CNN's vaunted list of "key moments" from Trump's trip (and the "sword dance," another nothing-burger story).
Of course, the world is different in 2017.
The MSM, going broke fast with no real way to monetize its content, are bent on getting clicks (clicks lead to page views which convince advertisers that readers will see their ads).
So, it's all snark all the time — cover the stories that will get the most clicks and — like Buzzfeed — go for the lowest common denominator.
But still, the flow from the new president's first foreign trip was just so much fluff, so petty and vindictive.
"First Lady Melania Trump does not say much in public, but her actions seemed to speak louder than words — or at least sent tongues wagging — when she appeared to rebuff the president’s proffered hand as the couple descended from their plane in Rome late Tuesday," the Los Angeles Times wrote in a story headline "So what's with the president and Melania Trump holding, or not holding, hands?" "Seemed to speak louder than words"? Or not. Whatever. It's news!
CNN actually wrote an entire story of Trump "touching a glowing orb." "State photographers were on hand to capture the moment, which quickly spawned memes from social media users who likened the US President to everything from comic book characters to blockbuster movie villains," the once respectable network wrote. The story actually topped the page at one point — above Trump's fiery speech to Arab leaders.
Then there was "the shove." 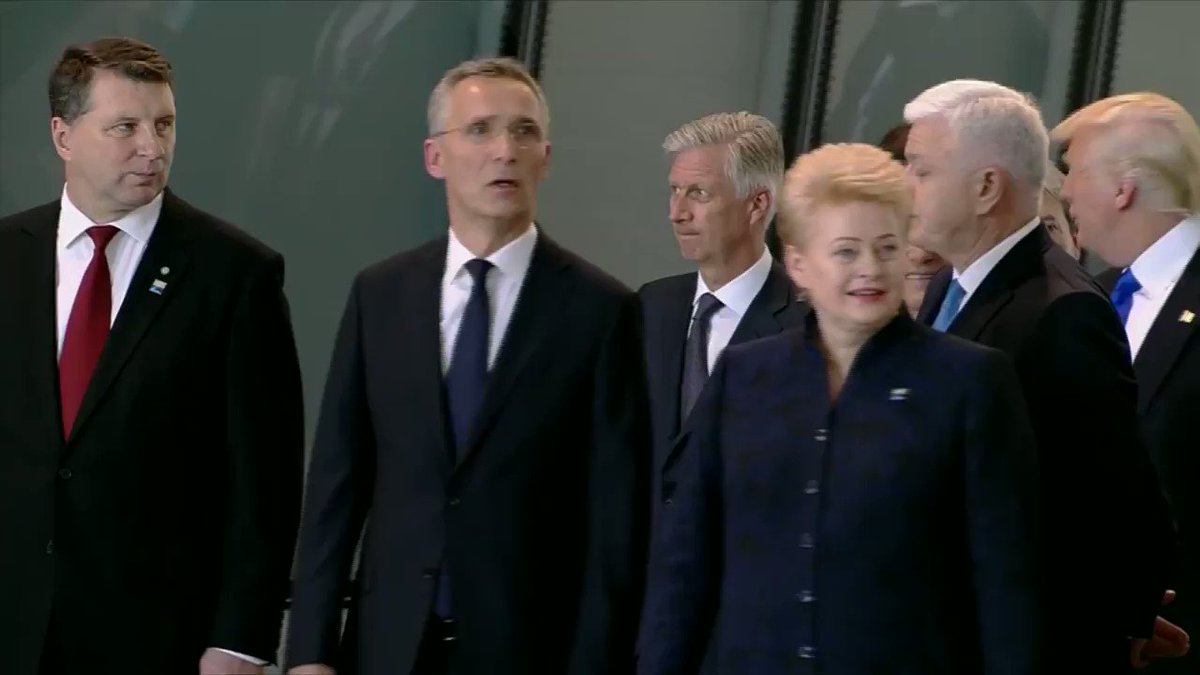 Steve Kopack
✔@SteveKopack
Did Trump just shove another NATO leader to be in the front of the group?

Twitter Ads info & Privacy
That stupid tweet was written by CNBC Breaking News Reporter Steve Kopack. In the video, Trump sidles up to Montenegro Prime Minister Dusko Markovic and gives him a playful slap on the arm as he slides into the front of the pack for a photo op (where the U.S. president clearly belongs, and was possibly at the direction of the photographers). The video also shows that Markovic smiles and everyone chats amiably while the pictures are snapped. For CNBC, though, it took their "breaking news reporter" to get that big story.
But nothing was quite as big as "the dour Pope." Everyone used this picture:

Of course, it took two seconds to Google a picture with former president Barack Obama to find the Pope — who apparently has "resting Pope face" — with exactly the same expression.

And yet all the MSM networks showed the shot over and over. Clearly, the unwritten text went, the Pope literally hates Trump (forget that he's a man of peace and love, he hates h-a-t-e-s HATES Trump, like we all do! Ha ha ha!).
And who can forget the "angry handshake" Trump had with French President Emmanuel Macron. CNN was all over that giant story. "Donald Trump and Emmanuel Macron just exchanged a white-knuckled handshake," wrote CNN's Chris Cillizza. The New York Times actually tweeted this: 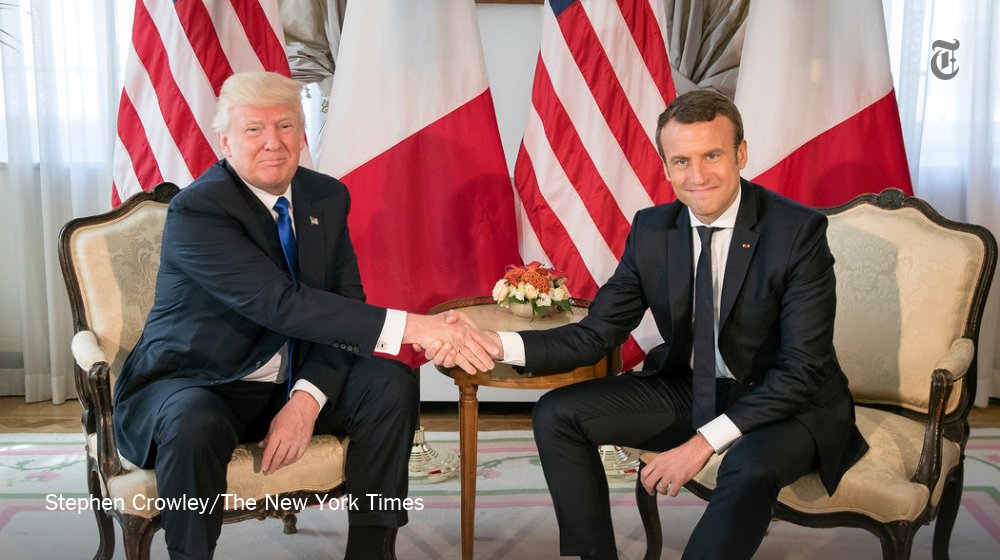 Twitter Ads info & Privacy
Yes, that from the Great Grey Lady, America's paper of record. Sad.
Near the end of the trip, the media (this time the vaunted BBC, which Trump has singled out for mockery), helped push a story that Trump decided not to listen to a translation as Italian Prime Minister Paolo Gentiloni spoke at the G7 summit. He clearly didn't tune in, the story went, because he didn't have headphones on like the other foreign leaders. 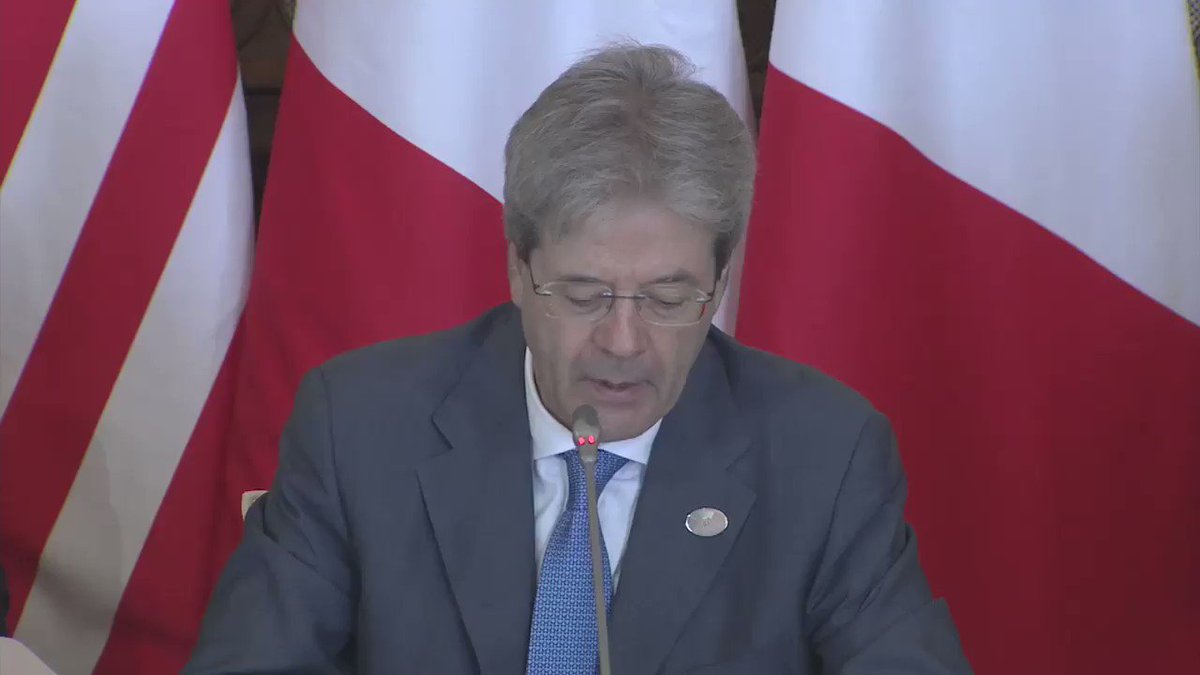 James Landale
✔@BBCJLandale
A short clip that sums up this G7 summit: look who has chosen not to hear a translation of his Italian host's speech #G6

Sam Stein
✔@samsteinhp
Trump obviously speaks fluent Italian so there is no need for headphones for translation https://twitter.com/BBCJLandale/status/868418708502441986 …

Twitter Ads info & Privacy
But, problem. Trump was listening to a translation — as well as following along to a printed transcript of the speech in English.

Twitter Ads info & Privacy
Finally, there was this little nugget that made the rounds on Saturday, showing Trump purportedly giving the Italian prime minister the finger.
To that, all we can say is:

Lunch video-----Manchester Attack: What They're NOT Telling You 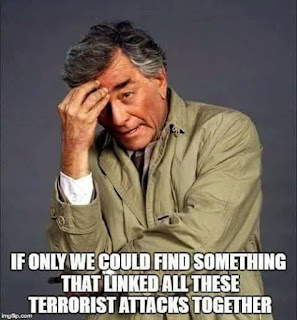 "Every student has been part of a group project at one point in their lives that’s included the one group member who simply doesn’t carry his weight. In socialist economics, that kind of freeloading is incentivizing. After all, if everyone will be equal economically in the end, what’s the point in putting in any effort?