"Former FBI Director James Comey started to draft a statement exonerating Hillary Clinton in the bureau's investigation into her use of a private email server before the FBI interviewed her or her key witnesses, the Senate Judiciary Committee said Thursday.

"Conclusion first, fact-gathering second — that's no way to run an investigation. The FBI should be held to a higher standard than that, especially in a matter of such great public interest and controversy," "


Posted by Liberty Review at 9:30 PM No comments:

The Time Has Come To Stop The War On Free Speech | Frontpage Mag:

"Freedom of Assembly is the first and most important right of the Bill of Rights. Today it is being denied in cities like Berkeley and Portland where local left-wing governments have contrived to deny rally permits while giving the masked thugs of their leftist Antifa allies a blank check to assault those whose views they oppose.

"For the first time, a drug has helped prevent heart attacks by curbing inflammation, a new and very different approach than lowering cholesterol, the focus for many years.
People on the drug also had surprisingly lower cancer death rates, especially from lung cancer.
An anti-tumor effect is an exciting possibility, but it needs much more study because the heart experiment wasn't intended to test that.
Doctors say the results on the drug, canakinumab (can-uh-KIN-yoo-mab), open a new frontier.
Many heart attacks occur in people whose cholesterol is normal and whose main risk is chronic inflammation that can lead to clogged arteries.
"We suddenly know we can address the inflammation itself, the same way we learned almost 25 years ago that we could address cholesterol. It's very exciting," said the study's leader, Dr. Paul Ridker of Brigham and Women's Hospital in Boston..."
Posted by Jim Riley at 5:30 PM No comments:

the reality is those events are walking talking Trump 2020 ads that are going to coin votes for him in every swing state that the left has to win back if they are going to beat him next time around.
The Grand Prize Winner of the Boston Common Protest Pageant: Donald Trump 2020 Campaign

"Ever since I covered the Boston marches this month I’ve been explaining to anyone who will listen that these marches in general and ANTIFA in particular, while making leftists in blue states feel good and self righteous about themselves, are going to coin votes for Donald Trump.

I got an awful lot of pushback on twitter for saying that celebrations of stifling free speech, these chants and the violence that came with them were politically foolish.
Tweets like this were typical

Peter Ingemi @DaTechGuyblog
Replying to @boxtersushi and 2 others
Keep telling yourself that, I'm sure the voters in swing states who are not obsessively anti trump will buy your argument

Kevin Curry @thekevincurry
All Trump has left is his "base" of idiots like you and Russian bots. He's done 8 months in. He has Senate and House and can't get zip done.

Twitter Ads info and privacy
Accordingly like online leftists the media pretty much ignored ANTIFA’s labeling of all Trump supports as Fascists and Nazis and even defended their violence in accordance to the 1st law of Media outrage which states:

We lo and behold the day after we were treated to ANTIFA chants of “No Trump, No Wall, No USA at all” the blogfather is noticing the same thing I am

I’ve noticed a sudden media pivot against Antifa in the last couple of days, which I assume means that someone has polled this stuff and it’s electoral poison for Democrats. Which should come as no surprise, unless you live in a Media Bubble.

And we’re seeing stuff like this from Joe Scarborough Mika and the panel:
as had Headline News:
Even Michael Moore has figured it out:
The Question is, why the sudden change? Well it’s all in accordance with DaTechGuy’s 2nd Law of Media Outrage

The level of acceptance of the positions and/or actions of any group or organization by the left and media is directly proportional to their current or potential value in electing liberal Democrats.

More here.
Read it all!

"President Trump continues to receive scorn over his assertion last year that vote fraud accounted for Hillary Clinton's raw vote majority.  Democrats and their shills are unanimous in denouncing the "false claims."  (The Amazon Washington Post recently called it a "zombie claim.")  When the Presidential Advisory Commission on Election Integrity was announced, it was denounced as a waste, an attempt to intimidate minorities, and a scheme to violate privacy, which has caused states to refuse to release public data requested by the commission. "

Why People Still Support Trump - Bloomberg
"A week ago I expressed the hope that President Donald Trump's lamentable performance after the Charlottesville protests would hurt his standing in the polls.
This didn't happen.
If there was a blip, it was in the other direction.
I'd be pleased if Trump's regrettable decision to pardon former sheriff Joe Arpaio dented his popularity, too, but I'm not holding my breath.
Trump's supporters are loyal.
What is one to make of this?
There are two main theories of Trump's support.
...The second theory -- the correct theory -- is a terrible indictment of the Democratic Party and much of the media.
...Democracies that work make space for disagreement.
You can disagree with somebody in the strongest terms, believing your opponents to be profoundly or even dangerously mistaken.
But that doesn't oblige you to ignore them, scorn them, or pity them.
Deeming somebody's opinions illegitimate should be a last resort, not a first resort.
Refusing to engage, except to mock and condescend, is both anti-democratic and tactically counterproductive..."
Posted by Jim Riley at 2:30 PM No comments:

Prices Should Rise During Crises Like Hurricane Harvey - Reason.com

Prices Should Rise During Crises Like Hurricane Harvey - Reason.com:
"Texas Attorney General Ken Paxton is upset about "price gouging" during hurricane Harvey.
Some stores raised prices to $99 for a case of bottled water—$5 for a gallon of gas.
"These are things you can't do in Texas," he says.

"There are significant penalties if you price gouge in a crisis like this."
There sure are: $20,000 per "gouge"—$200,000 if the "victim" is a senior citizen.
...Prices should rise during emergencies.
Price changes save lives.
That's because prices aren't just money—they are information.
Price changes tell suppliers what their customers want most, maybe chainsaws more than blankets, water more than flashlights.
"Quit your witch hunt," economist Don Boudreaux wrote Paxton.
"Government intervention is often justified as a means of correcting 'market failure.' But by enforcing prohibitions on 'price gouging' your office causes market failure."..."
Read on!
Posted by Jim Riley at 1:30 PM No comments: 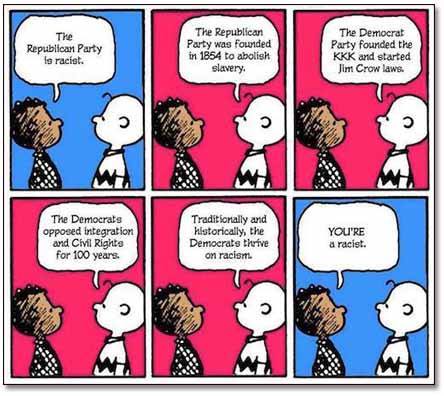 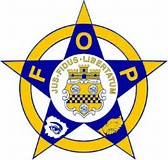 "Upon their arrival earlier this week, FOP members were greeted with banners that were displayed throughout Tennessee’s capital city which likened conference attendees to white supremacists. Many relayed disparaging accusations about the labor organization, such as “Fraternal Order of Police Protects Killer Cops.”"

BBC - Future - Why it’s not surprising that ship collisions still happen
"The ocean may be huge, and navigation technology may be advanced – but the conditions are still in place for ocean collisions like the one between a tanker and US navy destroyer this week.

What can be done to prevent future disasters?
...So are collisions only going to become more frequent?
Uth suggests that since the financial crisis of 2008, many shipping companies have faced tighter margins and may have underinvested in crews as a result.
...And on any large ship, a typical crew often comprises a mix of different languages, nationalities and safety cultures, he adds, making the job of keeping the vessel safe all the trickier.
One rising worry is modern sailors’ reliance on technology, says former navigator Aron Soerensen, head of maritime technology and regulation at the Baltic and International Maritime Council (Bimco)..."
Read on!
Posted by Jim Riley at 10:30 AM No comments:

Catholic School In California Removes Statue Of Jesus And Mary To Be More Inclusive | Daily Wire
"Thus far, the school has removed and relocated all but 18 of their 180 Catholic icons and statues.

In the unattainable quest for leftist-deemed inclusivity, a Catholic school in California is purging itself of all remnants of Catholicism, including a statue of baby Jesus and the Virgin Mary.
On Thursday, Marinij.com reported that San Domenico School in San Anselmo, California, had removed and relocated a number of Catholic statues in order to be more inclusive of other religions...
...Kim Pipki, whose daughter used to attend San Domenico, recalled the removal of the statue of baby Jesus and Mary as particularly contentious..."
Posted by Jim Riley at 9:30 AM No comments:

Must see video! Save your daughters!-----DISPATCHES FROM THE EDUCATION APOCALYPSE: Horrifying Video of Colorado Cheerleaders Being Forced to …

The Totalitarianism of the Now :: SteynOnline

The Totalitarianism of the Now :: SteynOnline:

"At one time, this would have been a heartwarming story - like the Brits and the Krauts playing footie in no man's land at Christmas 1914. Why, look! Houston's oldest surviving Confederate general is recognizing our shared humanity by taking his boat to rescue the children of his former plantation slaves! But we live in a sterner age, and the appropriate response to an offer of rescue from a vessel flying the Stars & Bars is to riddle it below the waterline and dispatch its cap'n to Johnny Reb's Locker.

Elsewhere, the cultural hurricane swirls on. In Memphis, Gone with the Wind is gone with the winds of change buffeting the American inheritance."

"The sordid fabricated story of the Donald Trump "golden showers" "dossier," put out there by Beltway smear professionals is being chipped away by congressional hearings, and the Democratic perpetrators of it and their media allies, doesn't look good.
Fusion GPS, a left-wing opposition research firm that specializes in smears, took the cash from someone in the matter, and news got out that the existence of the file came about at the bequest of one big fat-cat Republican donor – who subsequently changed his mind and withdrew support.
There is one problem.
There doesn't seem to be a GOP fat-cat donor.
...That raises questions as to whether this "narrative" of the GOP fat-cat being to blame for the fiasco really exists – and more to the point, what the real story is.
If it wasn't a GOP donor, was it a Democrat donor who engineered the smear?..."
Read on!
Posted by Jim Riley at 7:00 AM No comments:

1881 - The first tennis championships in the U.S. were played.

1920 - The first news program to be broadcast on radio was aired. The station was 8MK in Detroit, MI.

1964 - California officially became the most populated state in America.

1980 - Poland's Solidarity labor movement was born with an agreement signed in Gdansk that ended a 17-day strike.

1994 - A cease-fire was declared by the Irish Republican Army after 25 years of bloodshed in Northern Ireland.

1998 - A ballistic missile was fired over Japan by North Korea. The missile landed in stages in the waters around Japan. There was no known target.