A foundation built on lies and deception is like a house of cards, eventually it will collapse under its own weight and lack of stability. Certain techniques can be used to give the structure some support. It is, however, temporary. It may look good and even appear to be holding its ground but the lack of a foundation or the ability to permanently bind the pieces together will be its undoing. A house of cards is a vulnerable structure. Eventually, it will collapse and when it does, the fallout is massive and so is the cleanup.

For far too many years, the American people have been subjected to an unbelievable magic show. The master of illusion worked hard to perfect his craft and tried to pass his skills of deception on to others who, it was hoped, would follow in his magical footsteps. As with all illusion, eventually the smoke clears, the mirrors are moved and that man standing behind the curtain ends up being a huge disappointment.


Remember when Dorothy, Scarecrow, Tin Man and the Lion discovered that they had been duped by a larger than life individual who made promises too good to be true? Could you blame them for being so upset when the truth was revealed? This magical wizard sent them on a path which could have destroyed them. Thankfully, they found their inner strength and survived the evil which was intentionally set before them.......


Posted by Liberty Review at 9:00 PM No comments:

Yoga is racist, oppressive, and a cultural appropriation

Yoga is racist, oppressive, and a cultural appropriation:

"Alert Komrades, there is a new symbol of White Supremacy and it's called YOGA.
"Shreena Gandhi, a religious studies professor at Michigan State, claims in an article she recently co-authored that Americans who practice yoga are contributing to white supremacy and promote the “yoga industrial complex.” "White Americans should learn yoga’s history, acknowledge the cultural appropriation they engage in and possibly reduce the cost of yoga classes for poor people"
Read all!
Posted by Jim Riley at 4:30 PM No comments:

"The committee’s memo has been available to all 435 House members for more than a week. Some of those who read it described it as “troubling,” “shocking,” “jaw-dropping,” “sickening,” and “criminal.”

FBI Director Christopher Wray reviewed the memo on Sunday. As soon as the committee had finished voting, ranking member Rep. Adam Schiff ran to the cameras to spin the news. From that point, he began explaining things in a non-truthful manner. This inability or unwillingness to accurately convey information is not a surprise so much as a regular feature of his work with journalists, but it’s worth noting how that played out in just one few-hour span."

Why 2017’s “Third Warmest Year on Record” is a Yawner | Watts Up With That?
"The National Oceanic and Atmospheric Administration’s (NOAA) press release headline January 18 was blunt: “NOAA: 2017 was 3rd warmest year on record for the globe.”
The tagline that followed made the inference obligatory for all climate alarmists: “NOAA, NASA scientists confirm Earth’s long-term warming trend continues” (emphasis added). 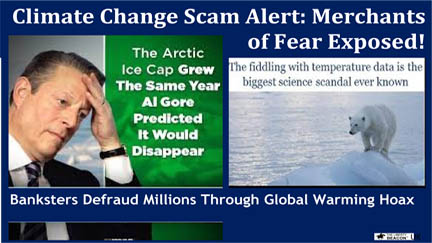 The New York Times trumpeted, “2017 Was One of the Hottest Years on Record,” adding, “Scientists at NASA on Thursday ranked last year as the second-warmest year since reliable record-keeping began in 1880, trailing only 2016.
...The UK Guardian likewise proclaimed, “2017 was the hottest year on record without an El Niño, thanks to global warming.”
...So, the debate over dangerous manmade global warming is over, and the alarmists have won.
At least, that’s what the alarmists want you to believe.

But that’s what they’ve been claiming for nearly 30 years, and the debate continues. One wonders whether the facts can really bear the weight alarmists put on them.
...All that makes it pretty clear that global temperature has plateaued over the last twenty years.
We simply don’t know whether “Earth’s long-term warming trend” stopped in 1998, will resume sometime, or will reverse and turn into a cooling trend.
...So don’t be frightened by the headlines.

Look behind them, and you’ll see something quite different."
Posted by Jim Riley at 2:30 PM No comments: 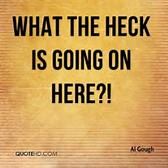 "I wrote and posted this article on October 11, 2012.
What I revealed then is still happening now.
I offer the article as an illustration of how far “social justice” can go in actually punishing people classified as victims—not helping them as advertised.
...It’s the latest thing.
Psychiatrists are now giving children in poor neighborhoods Adderall, a dangerous medical stimulant, by making false diagnoses of ADHD, or no diagnoses at all.
Their aim?
“Promote social justice,” to improve academic performance in school.
The rationale is, the drugged kids will now be able to compete with children from wealthier families who attend better schools..."
Read on!
Posted by Jim Riley at 1:30 PM No comments:

"Now we find out that on the day after the election, Mr. Strzok and Ms. Page spoke about a “secret society” within the FBI that would resist the new administration at every turn. And we wonder why Americans outside the Beltway are paranoid about the Deep State.

On Aug. 15, 2016, three months before the presidential election, Mr. Strzok references a meeting believed to have been held in Deputy FBI Director Andrew McCabe’s office:"

"Ways & Means Committee Minutes – January 23, 2018
WM18/01 – 04
"It was moved by (RINO) Commissioner Snider, supported by (RINO) Commissioner Engle, to approve a one-time transfer of $1.7 million from the Senior Millage Fund (1060) to Brookhaven Medical Care Facility (2900) as of September 30, 2017, for services provided to seniors during FY2017 and further authorize the General Fund to transfer any remaining funds needed in FY2017 to cover the deficit."

1. Who/what entity, EXACTLY, is getting the money?
2. Was the Senior Millage written to allow this? Was the spirit of the millage intended to allow this?
3. What the heck does "...any remaining funds needed..." mean?!!!
4. How can the county board UNANIMOUSLY vote for this without these answers?

Manahattan’s Shithole Museum - American Greatness:
"When Italian artist Maurizio Cattelan, known for his quirky sense of humor, his bad taste and his sculpture of Pope John Paul II crushed by a meteor, conceived the idea of creating a fully functioning solid gold toilet and installing it in a public restroom, he called Nancy Spector, the curator at the Guggenheim Museum.
Might she be interested in it?
A woman of exquisite artistic sensibility—she’d been with the Guggenheim for almost 30 years—Spector undoubtedly got the joke straight away.

America was an 18-carat shithole!
It would be an “interactive exhibit” deriving its meaning from having the Museum’s patrons do their business in it.
The idea of shitting on America would surely cause shivers to run down the legs of New York’s intellectuals.
To ensure that everybody “got it,” there’d be a large sign above the commode saying “America.”
Spector thought that would be a splendid idea, and her boss agreed.
I don’t know how much the Guggenheim paid for it, but the cost of the gold alone is estimated to have been in excess of $1 million.
...And so it happened that when President and Mrs. Trump, in accordance with tradition, requested the loan of a painting for the White House—a Van Gogh landscape—Spector thought she’d have a little joke of her own.
We’re lending the Van Gogh to Spain, she replied.
Then, having first run the idea by the artist, she offered to lend them the toilet instead.
Get the joke?
No?
Neither do I.
And neither did the Washington Post, who asked Mr. Cattelan what was meant by the offer..."
Read on!
Posted by Jim Riley at 10:30 AM No comments:

"THE LEFT EATS ITS OWN, PART MMMMCCCLXVII:
Climate alarmist Bill Nye called out by “500 Women Scientists” for legitimizing climate skepticism by attending the State of the Union address.
“500 Women Scientists,” by the way, appears to be four women.--Posted by Iain Murray
Posted by Jim Riley at 9:30 AM No comments: 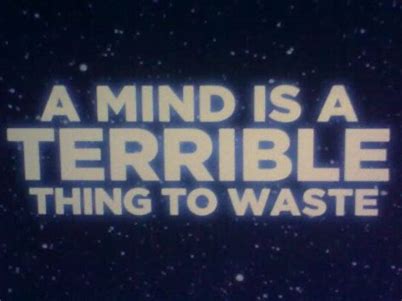 "In analyzing federal data for an in-depth examination of the nation’s historically black colleges and universities, the AJC found that the six-year graduation rates at 20 schools were 20 percent or lower in 2015.

This means that four of five beginning freshmen at those schools didn’t earn a degree within six years.
Coming Thursday: The AJC publishes  HBCUs: A Threatened Heritage. The special three-part series will examine the problems many of the schools face, the unique role they play in students’ lives, and the perils that lie ahead.
A handful of HBCUs are graduating more than 50 percent of new freshmen within six years. Spelman College in Atlanta, for example, led all HBCUs, with a rate of 76 percent.
Others, however, are struggling.  Here’s a sampling:
Read on!
Posted by Jim Riley at 8:30 AM No comments: 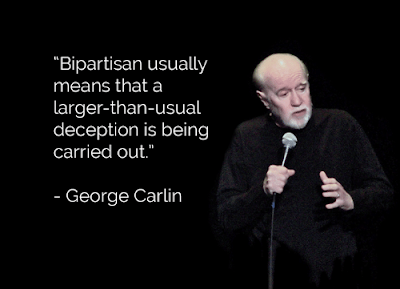 "Bernie Marcus, a billionaire philanthropist who co-founded Home Depot and served as the company’s first CEO for 19 years, unleashed a fiery rant over the weekend slamming Democrats as willfully ignorant on Republican tax reform.

Appearing on Fox News Saturday, Mr. Marcus praised Home Depot for awarding bonuses of up to $1,000 to its hourly workers due to the Trump tax cuts." 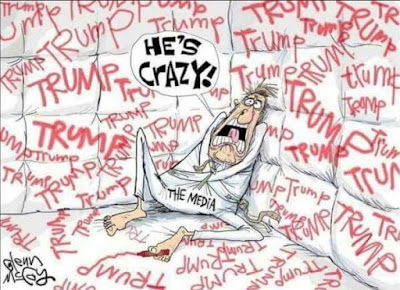 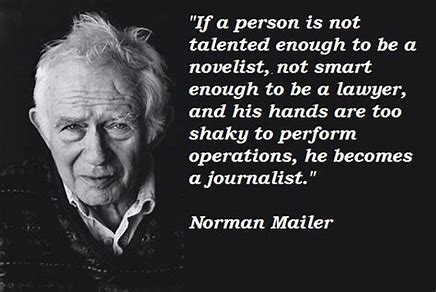 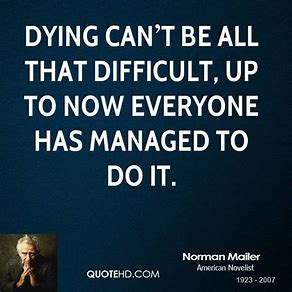 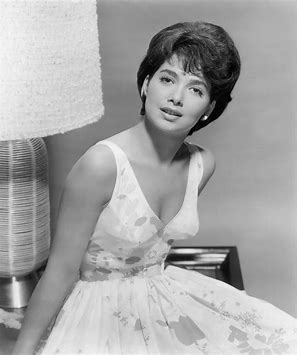 1865 - In America, General Robert E. Lee was named general-in-chief of the Confederate armies.


1893 - The trademark "Coca-Cola" was first registered in the United States Patent Office. 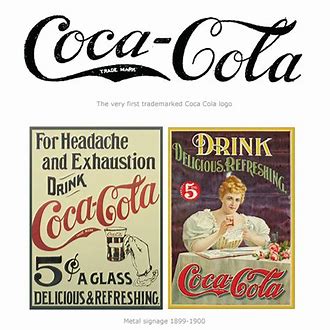 1929 - The USSR exiled Leon Trotsky. He found asylum in Mexico. 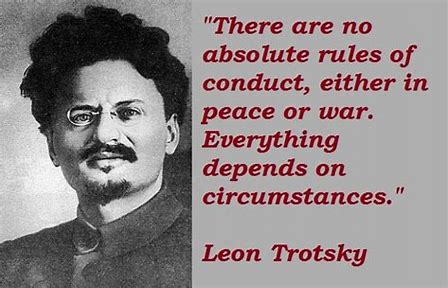 
1940 - The first Social Security check was issued by the U.S. Government. 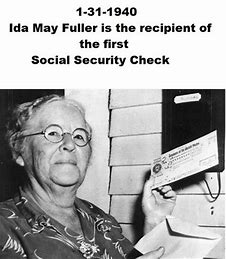 1950 - U.S. President Truman announced that he had ordered development of the hydrogen bomb.


1958 - Explorer I was put into orbit around the earth. It was the first U.S. earth satellite.

1971 - Astronauts Alan B. Shepard Jr., Edgar D. Mitchell and Stuart A. Roosa blasted off aboard Apollo 14 on a mission to the moon.