Sarah Sanders Weighs In On Dinesh D'Souz | The Daily Caller

Sarah Sanders Weighs In On Dinesh D'Souz | The Daily Caller:

"The decision flustered critics. D’Souza was convicted during the Obama presidency for campaign finance violations. White House press secretary Sarah Sanders weighed in the decision with her full support."


Posted by Liberty Review at 9:30 PM No comments:

"On Wednesday’s “Full Frontal” on TBS, host Samantha Bee slammed the Trump administration over separating children from their families at the border and urged Ivanka Trump “do something about your dad’s immigration practices you feckless c*nt.”"

Posted by Liberty Review at 8:30 PM No comments:

"Texas Gov. Greg Abbott on Wednesday called for more armed school safety personnel, better school security and better access to mental health treatment as part of a 40-point response to this month’s deadly shooting at Santa Fe High School.
Mr. Abbott described his plan as a “starting point” he devised after holding roundtable discussions to solicit ideas in the wake of the shooting two weeks ago, which killed 10 people at a school just outside of Houston."

The Culture Of The Smug White Liberal | HuffPost 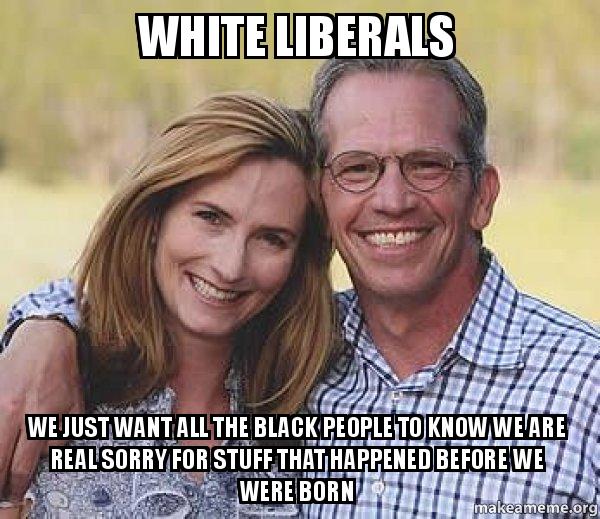 The Culture Of The Smug White Liberal | HuffPost
"I have spent my life as a Democrat which probably isn’t that surprising considering that I am African-American.
One of the things that always attracted me to the party were the ideals of equality, fighting for the little guy and our openness to differing opinions, but lately I have seen my party take a turn that makes me uncomfortable.
Somewhere along the way we stopped fighting for the little guy and became the party of the smug, educated elites who look down on those with less education and deem them unable or unworthy of being able to make personal decisions for their own lives..."
Read all!
Posted by Jim Riley at 5:30 PM No comments:

Must read of the day!!-----Dear Ex-Friends in #TheResistance - American Greatness

Dear Ex-Friends in #TheResistance - American Greatness
"Hey, what’s up.
Long time no talk.
I think the last civil conversations we had occurred just days before November 8, 2016.
You were supremely confident Hillary Clinton would win the presidential election; you voted for her with glee.
As a lifelong Republican, I bit down hard and cast my vote for Donald Trump.

Then the unimaginable happened.
He won.
And you lost your fucking minds.
I knew you would take the loss hard—and personally—since all of you were super jacked-up to elect the first woman president.
But I did not imagine you would become totally deranged, attacking anyone who voted for Trump or supported his presidency as a racist, sexist, misogynistic, homophobic Nazi-sympathizer.
The weirdness started on social media late on Election Night, as it became clear Hillary was going to lose.
A few of you actually admitted that you were cradling your sleeping children, weeping, wondering what to tell your kindergartner the next morning about Trump’s victory.
It continued over the next several days.
Some of you seriously expressed fear about modern-day concentration camps.
Despite living a privileged lifestyle, you were suddenly a casualty of the white patriarchy.
Your daughters were future victims; your sons were predators-in-waiting.
You threatened to leave Facebook because you could no longer enjoy the family photos or vacation posts from people who, once friends, became Literal Hitlers to you on November 8 because they voted for Donald Trump..."
Really fun read.
Read on!
Posted by Jim Riley at 4:30 PM No comments:

The Suicide Of Europe | Daily Wire

The Suicide Of Europe | Daily Wire:

"On Friday, the British police arrested Tommy Robinson, founder and former leader of the English Defence League, a far-right anti-Islam group. Robinson is a controversial character, to be sure, a sort of Milo Yiannopoulos lite. His chief focus is on the threat of radical Islam, which he believes threatens the integrity of the British system.
You don't have to like Robinson. But whatever you think of him, his arrest is absurd by any measure. You see, Robinson was arrested for standing outside a court building and reporting on a trial involving the alleged grooming of young girls for sexual assault by radical Muslims."

Leon Drolet - I was the token non-lefty at a MI Public Radio panel...

Leon Drolet - I was the token non-lefty at a MI Public Radio panel...:
"I was the token non-lefty at a MI Public Radio panel on mass transit weeks ago.
Several attendees among the lefty NPR audience advocated a high-speed train from Ann Arbor to Traverse City (two of Michigan's wealthiest areas).
It seems the wealthy left wants middle-class, working citizens to subsidize the elites' fun ride from advantaged, high-priced homes to vacation retreats.
...The more the left declares war on the car by pushing bike lanes, global-warming guilt, 'bus only" lanes, and urban-density, the more resentment middle class taxpayers feel.
Yes, the Dem Party also contains poor people, for whom the left claims to advocate for.
But actions speak louder than words: Detroit's QLine trolley benefits almost exclusively those in the new wealthy district at the expense of poor neighborhoods.
Middle class taxpayers are treated like a piggy bank for the egos of the elite..."
Read all!
Posted by Jim Riley at 2:30 PM No comments:

Starbucks Chairman: We Had To Re-Educate Our Employees Partly Because Of Donald Trump | Daily Wire

Starbucks Chairman: We Had To Re-Educate Our Employees Partly Because Of Donald Trump | Daily Wire:
"Starbucks Chairman Howard Schultz suggested to CNN Tuesday that his company wouldn't be suffering through a full re-education process on diversity if Donald Trump weren't president.
According to the Hill, Schultz agreed that the "behavior and language that comes out of this administration" gives license to his own employees to be more freewheeling with their own personal biases.
Ultimately, it seems, that's what Schultz believes — at least partly — led to one of his Starbucks managers calling the police on two black men who were waiting for their party to gather for a meeting.
“On a personal level, [Trump's rhetoric] probably has given license to people to feel as if they can emulate and copy the kind of behavior and language that comes out of this administration,” Schultz said."...
Read on!

Lunch video-----My son was a Columbine shooter. This is my story | Sue Klebold 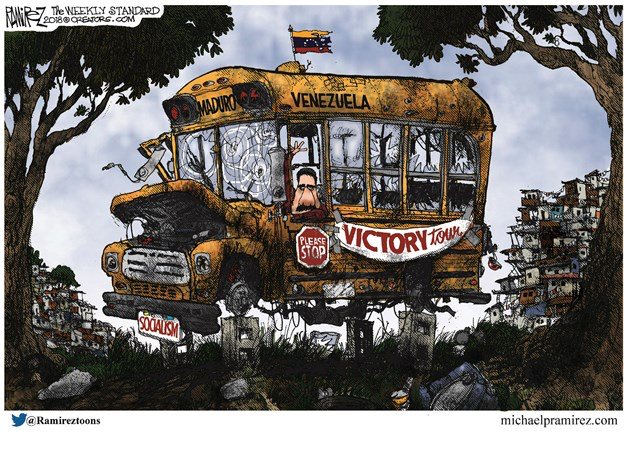 NFL Players 'Considering Sitting Out The Season' Until Colin Kaepernick Is Signed To A Team | Daily Wire:

You got bumped. Here's what airlines owe you

You got bumped. Here's what airlines owe you:
"Record numbers of travelers are taking to the skies.
So what happens if there's no seat for you?...

Here's what you're entitled to:

Passengers could opt to take a later flight in exchange for compensation.
But they can also be involuntarily bumped, when there are no volunteers.
...Some airlines may try to offer vouchers or free tickets, but the Department of Transportation says travelers have the right to demand a check...
Just how much involuntarily bumped passengers are entitled to depends on how quickly the airline can get the traveler to his or her destination.

Travelers can always push for more.

This can include asking for more compensation to cover any additional costs like meal vouchers, transportation and lodging..."
Read all!
Posted by Jim Riley at 10:30 AM No comments:

Hollywood Reacts to Roseanne Barr's Valerie Jarrett Tweet: 'Millions Are Traumatized':
"A horde of Hollywood stars took to social media on Tuesday to react to Roseanne Barr’s remarks in which she said former Obama senior advisor Valerie Jarrett is what you get “if the “muslim brotherhood & planet of the apes had a baby.”
Twitter Ads info and privacy

Dear @ABC, This is a time-sensitive issue. Millions are hurt, offended, and traumatized by Roseanne’s racist comments. A slow response from her employer suggests you support her comments which is even more hurtful.

ANDREW MCCARTHY: The Obama Administration’s Hypocritical Pretext for Spying on the Trump Campaign…

"ANDREW MCCARTHY: The Obama Administration’s Hypocritical Pretext for Spying on the Trump Campaign.


"It seems pretty clear that this was a political hit job from the beginning, one that’s only coming out because Trump won.
And in the process, it’s revealing deep, pervasive institutional rot."--Posted by Glenn Reynolds
Posted by Jim Riley at 8:30 AM No comments: 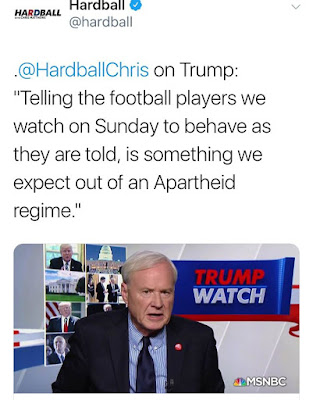 "“Starbucks, if you’re really serious about eliminating racism, you will acknowledge that black people, and indeed all human beings, are of one blood and one human race, born and unborn. Racism and abortion are crimes against humanity,” King concluded."


Posted by Liberty Review at 7:30 AM No comments: 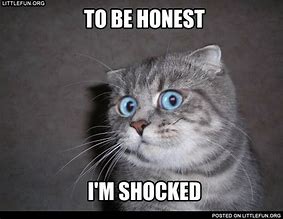 "ProPublica, the pro-Obama leftwing investigative-reporting website funded in part by George Soros' buddies, seems to have slipped up.
One of their reporters, a real good one named Marshall Allen, has written a bang-up, worth-reading-every-word, satisfying expose about why health insurance costs are so high and why so many patients get ugly surprises when it's time to pay the bill.
And buried within, in what should have been the lede, is not an indictment of the insurance industry, but of the perverse incentives embedded within Obamacare - that are driving insurance costs through the roof...

The Affordable Care Act kept profit margins in check by requiring companies to use at least 80 percent of the premiums for medical care. That's good in theory, but it actually contributes to rising health care costs. If the insurance company has accurately built high costs into the premium, it can make more money. Here's how: Let's say administrative expenses eat up about 17 percent of each premium dollar and around 3 percent is profit. Making a 3 percent profit is better if the company spends more..." 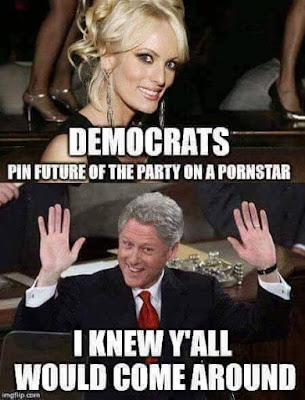 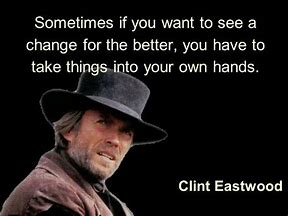 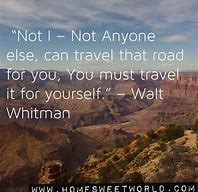 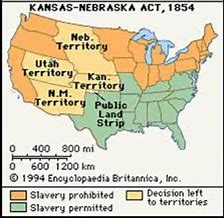 1880 - The first U.S. national bicycle society was formed in Newport, RI. It was known as the League of American Wheelmen.

1900 - U.S. troops arrived in Peking to help put down the Boxer Rebellion.

1913 - The 17th Amendment went into effect. It provided for popular election of U.S. senators. 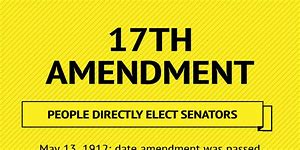 1962 - Adolf Eichmann was hanged in Israel. Eichmann was a Gestapo official and was executed for his actions in the Nazi Holocaust. 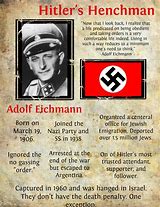 1977 - The trans-Alaska oil pipeline was finished after 3 years of construction.