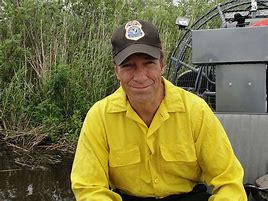 Reality TV star Mike Rowe told Ben Shapiro that he believes there is a widening gap between the so-called "elites" and everyday Americans.
In an interview conducted by Ben Shapiro, Rowe, currently the host of TBN's "Somebody's Gotta Do It," was asked whether the gap can be bridged between entertainers and journalists and the "people who are actually working the jobs that are actually getting things done across the country."

China's hacking and influence goes unnoticed while we focus on Russia

China's hacking and influence goes unnoticed while we focus on Russia 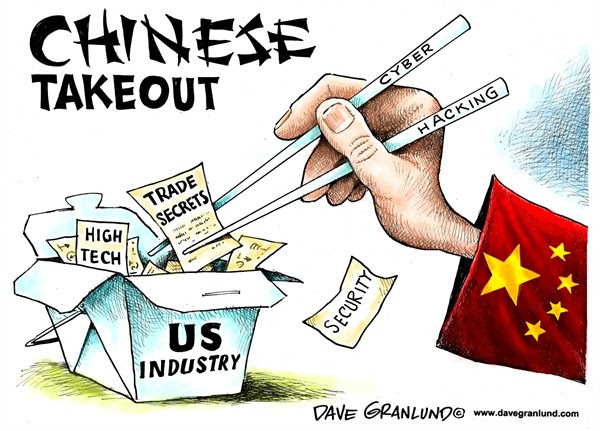 "While Russia's role in the 2016 election dominates the news, China's spying and alarming influence within our borders is too little noticed.
We’ve spent a lot of time talking about Russian spying in the United States.
And while a lot of the concern is really just evidence that some people have trouble dealing with a lost election, it’s not as if the Russians haven’t been spying on us since my grandparents' day.
But with all the attention focused on Russia, maybe we need to pay a bit more attention to the spying — and related meddling — being done by the People’s Republic of China.
Because China is a bigger threat in general, and seems to be doing a lot without engendering much of a response, or even much awareness..."
Read all!
Posted by Jim Riley at 5:30 PM No comments:

Sorry If You're Offended, but Socialism Leads to Misery and Destitution - Reason.com

...But when they adopt the term "socialism" and the ideas associated with it, they deserve to be treated with the kind of contempt and derision that all those adopting authoritarian philosophies deserve.
But look: Norway!
Socialism is perhaps the only ideology that Americans are asked to judge solely based on its piddling "successes."
Don't you dare mention Albania or Algeria or Angola or Burma or Congo or Cuba or Ethiopia or Laos or Somalia or Vietnam or Yemen or, well, any other of the dozens of other inconvenient places socialism has been tried.
Not when there are a handful of Scandinavian countries operating generous welfare-state programs propped up by underlying vibrant capitalism and natural resources.
Of course, socialism exists on a spectrum, and even if we accept that the Nordic social-program experiments are the most benign iteration of collectivism, they are certainly not the only version. Pretending otherwise would be like saying, "The police state of Singapore is more successful than Denmark. Let's give it a spin."
It turns out, though, that the "Denmark is awesome!" talking point is only the second most preposterous one used by socialists.
It goes something like this: If you're a fan of "roads, schools, libraries and such," although you may not even be aware of it, you are also a supporter of socialism.
...It should also be noted that today's socialists get their yucks by pretending collectivist policies only lead to innocuous outcomes like local libraries.
But for many years they were also praising the dictators of Cuba, Nicaragua, and Venezuela.
Sen. Bernie Sanders, the nation's most successful socialist, isn't merely impressed with the goings-on in Denmark.
Not very long ago, he lauded Hugo Chavez's Venezuela as an embodiment of the "American dream," even more so than the United States.
Socialists like to blame every inequity, the actions of every greedy criminal, every downturn and every social ill on the injustice of capitalism.
But none of them admit that capitalism has been the most effective way to eliminate poverty in history.
...Nearly half of American millennials would rather live in a socialist society than in a capitalist one, according to a YouGov poll.
That said, only 71 percent of those asked were able to properly identify either..."
Read all!
Posted by Jim Riley at 4:30 PM No comments:

Sixteen people were shot over a seven hour time period Saturday night to Sunday morning in gun-controlled New York City.
One of the shooting victims died and three others are in critical condition.

Yet, they continue to refuse to pay their "fair-share", still tax-exempt-----Where churches have become temples of cheese, fitness and eroticism :: WRAL.com

Where churches have become temples of cheese, fitness and eroticism :: WRAL.com
"MONTREAL — For generations, parishioners whispered their sins in the dark wooden confessional booths of Notre-Dame-du-Perpétuel-Secours, an imposing Roman Catholic church in Montreal.
But on a recent day, the edgy Quebec comedian Sugar Sammy was being filmed inside one of the booths, the latest intimate celebrity confessional on the talk show “Y’a du monde à messe,” or “The Church Is Packed.”
“I made a sex tape in order to be famous, because I thought it was the path to glory,” Sammy said with mock seriousness, as the camera zoomed in on his face, seen from behind a grill. 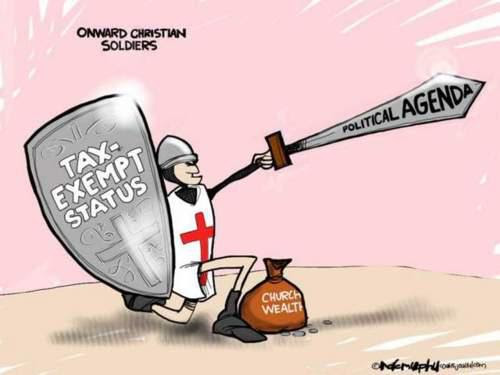 “It didn’t work because no one watched it,” he continued. “I was the only person on the tape.”
A large audience gathered in the church roared with laughter.
...And it is one of dozens of churches across Quebec that have been transformed — into university reading rooms, luxury condominiums, cheese emporiums and upmarket fitness centers.
At another event at the church, devoted to freewheeling dance, dozens of barefoot amateur dancers filled the space and undulated in a trancelike state in front of its former altar amid drums and chanting.
Two men in tank tops clasped hands and twirled each other.
...“I don’t feel any taboo in transforming a church into a theater, as we are remaining true to the church’s mission of serving the community,” St-Georges said.
...The radical makeovers of Quebec churches reflect the drastic decline of the Catholic Church in a majority-Catholic Canadian province, where 95 percent of the population went to Mass in the 1950s but only 5 percent do so today...
Read on.
Posted by Jim Riley at 2:30 PM No comments:

Dems' Plans Sabotage Workers | RealClearPolitics:
"Would you rather show up at work on time or stretch out on the sofa and watch TV?
Stupid question.
Most people punch a clock out of necessity.
But progressive Democrats want to make work optional, and to guarantee a slew of benefits to everyone, whether they get off the couch or not.
It's a slap in the face to America's workforce. 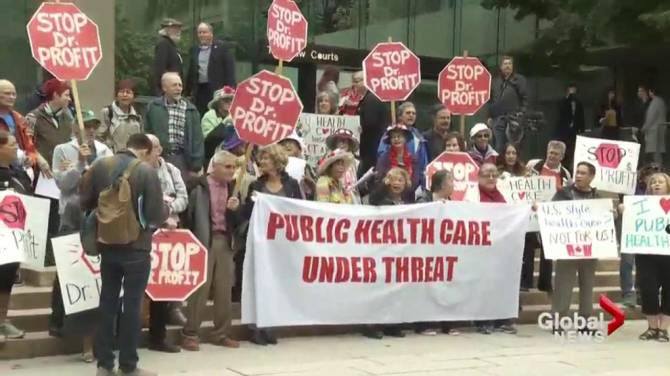 Some 70 Democrats in the House of Representatives -- more than one-third of the party's representatives -- endorsed a plan on Thursday to outlaw private health insurance and force all Americans into a government-run system.
Let's be clear.
This plan is not about helping the needy.
The plan would rip away medical coverage from half of all Americans, including the 157 million who get their insurance the old-fashioned way -- earning it through a job.
The plan, dubbed "Medicare for All," would prohibit employers -- even giant companies that self-insure -- from covering workers, retirees or their families.
Union workers with gold-plated health benefits would have to give them up and settle for the same coverage as people who refuse to work at all.
Why work?...
Read all!
Posted by Jim Riley at 1:30 PM No comments: 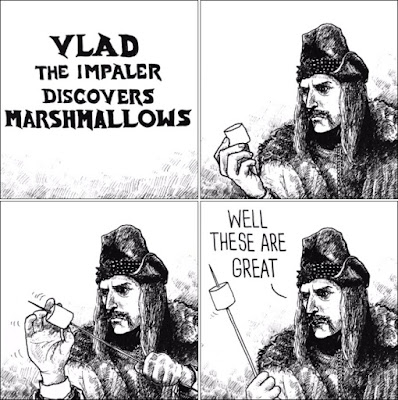 The chart was quickly debunked by people pointing out the numbers are based on modeling of unknown validity and the data was at odds with every other source.
“This chart is based on modeling of unknown validity and is completely at odds with government data, which shows real wages rising. Bad week for scare statistics,” said Scott Winship who works on the joint economic committee for Republican Senator Mike Lee.

Millennial Socialism: Stupid, Evil, or Both? - Kurt Schlichter
"Congratulations, oh most insufferable of generations – against all odds and confounding the experts, you have still somehow managed to make yourselves even more annoying.
Apparently, the hep new jive among your tiresome cohort is “Democratic Socialism,” resurrecting a poisonous nineteenth-century political death cult and putting a kicky new spin on it to make it palatable for the suckers.
...Hey, what’s the difference?
National socialism, democratic socialism?
It’s really just a question of who runs the camps because regardless of the particular brand of socialism, there are always camps.
Always. That these millennial Marxoids lack personal experience with socialism does not stop them from embracing it.
After all, socialism’s biggest fans are always the people who aren’t trapped inside it.
Remember the progs who always fly down to Havana and/or Caracas to party with the local caudillo? They always fly home again.
...No one loves socialism quite like a moron who has never experienced it firsthand.
No one hates it like someone who has seen it up close.
...The socialist cheerleaders don’t want to be normal.
Normality requires work.
They want to be part of an elite that will run things from their progressive urban coastal enclaves, and in socialism there's always a lot of running things going on.
But they always assume that once the revolution comes, they will be the ones running things, clothed in government authority and making all the economic decisions that individuals and their companies make today.
None of them imagine they will be the ones stuck with the dirty jobs – they dream of being commissars, not garbagemen.
SJWism is perfect training for the aspiring cog in the totalitarian oppression machine – policing campuses for forbidden thought teaches them the skills they can put into action policing society for forbidden thought.
...Socialism’s perfect record of failure, misery, and slaughter is kind of a problem for them, so they pivot and distract, playing an ideological shell game by claiming that what they really want isn’t socialism.
...The democratic socialists keep promising Denmark and Norway, and but they always deliver Cuba and Venezuela."
Posted by Jim Riley at 10:30 AM No comments:

The future?-----MacCoin comes to NZ: McDonald's launches its own global currency - NZ Herald

MacCoin comes to NZ: McDonald's launches its own global currency - NZ Herald
"McDonald's has launched its own limited edition global currency called the MacCoin.
From Thursday, more than 6.2 million MacCoins will be distributed globally, including 50,000 coins in New Zealand.
The MacCoin has been launched to celebrate the 50th anniversary of the Big Mac.
The idea of MacCoins is that customers can share, collect and redeem them for a free Big Mac at McDonald's restaurants in more than 50 countries, meaning travellers won't need to change currency in order to buy a Big Mac..."

"We are proud to be able to offer Kiwis 50,000 of these MacCoins from 2 August," director of marketing, McDonald's NZ Jo Mitchell said.
"We will be transporting MacCoins from the top of the North Island to the bottom of the South over the next two weeks encouraging New Zealanders to get in on the action.
"Global connectivity of the Big Mac inspired the creation of the MacCoin. The MacCoin transcends currencies to commemorate our global iconic burger while giving customers all over the world a chance to enjoy a Big Mac on us."

The arrival of McDonald's faux currency is topical because it comes at a time when bitcoin, and the idea of alternative currencies, remains a major talking point in New Zealand.
The limited distribution of coins, the worldwide release and the use of a portmanteau ending in "coin" all lean heavily on the hype propping up cryptocurrencies in pop culture.

The MacCoin has no cash value and is only redeemable for one free Big Mac during 2018, similar to a coupon.
The deal was inspired by the Big Mac Index, an annual report that uses Big Mac prices at countries around the world to see whether currencies are properly valued.
According to the company, McDonald's security guards will be handing out MacCoins between Whangarei and Invercargill starting Thursday.
Posted by Jim Riley at 9:30 AM No comments: