The Daily Caller first reported that the FBI was notified of the purported hack in 2015, when the Intelligence Community Inspector General (ICIG) warned the bureau of the intrusion. The hack reportedly implanted code that generated a “courtesy copy” for almost all Clinton's emails -- which was then forwarded to the Chinese company.
A source briefed on the matter confirmed to Fox News the details of the Caller’s reporting. Gohmert also had told Fox News on Tuesday that the emails were obtained by a foreign country’s intelligence, though he declined to name the country in question.

Why Australia's internet has turned into a literal car crash - CNET 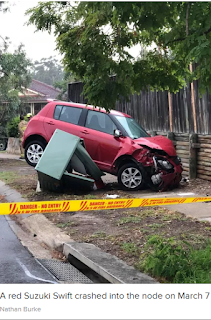 Why Australia's internet has turned into a literal car crash - CNET:
"The green box that represents everything wrong with Australia's long-fumbling attempts to give its citizens the speedy internet access they're clamoring for.
On a sidewalk in a northwestern Sydney suburb, there's a box.
A pale green box.
It stands 4 feet tall.
Inside the box?
The internet.
Known as a "street cabinet" or "node," this box contains the equipment needed to deliver internet access to hundreds of homes and businesses in the area.
On March 7, an out-of-control Suzuki Swift slammed into the node

...The incident disabled internet access to 280 residents for approximately 48 hours.
Just two weeks later, on March 22, another car skidded off the road and took out the node.
...Local internet services were again crippled for 48 hours.
...A problem borne of the country's insistence on using decades-old inferior copper phone lines for internet access as the world moves to high-speed fibre.
Kellyville's node represents how the government turned a blind eye to the future of internet service in Australia, home to over 20 million internet users, favouring outdated technology considered cheaper and faster to upgrade.
Ultimately, it shows why Australia's long-struggling National Broadband Network, the largest infrastructure project in the country's history, may be doomed to fail..."
Read all!
Posted by Jim Riley at 5:30 PM No comments: 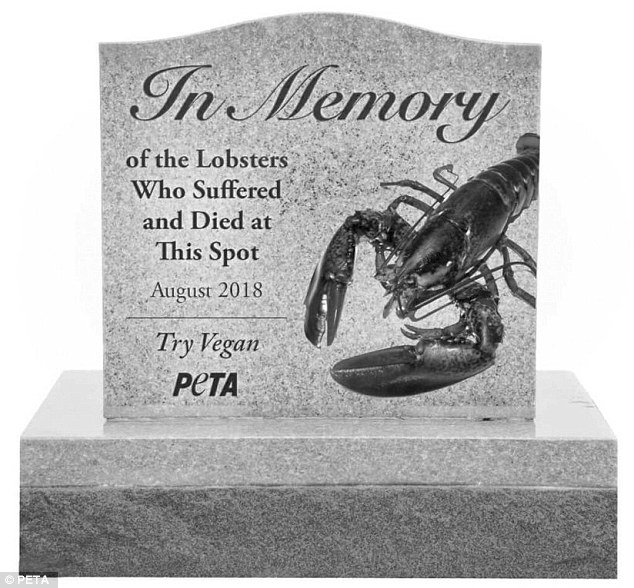 PETA wants Maine officials to build a gravestone in memory of thousands of lobsters who died | Daily Mail Online:

A study of Google search results of politically charged words found that despite the tech giant’s claim to be free of bias, the searches were 40 percent more likely to produce material that leans either to the “left” or the “far left” rather than the “right.”
The researchers for CanIRank concluded Google’s “ranking algorithms aren’t designed to provide a fairly balanced or completely honest representation of controversial issues.”
To assess how fairly search engine results portray political candidates and controversial issues, the study collected more than 1,200 URLs ranking highly in Google.com for politically charged keywords such as “gun control,” “abortion” and “Black Lives Matter.”
To assess the “political slant,” the researchers used politically active individuals from both the left and right as well as special software.
Along with finding that search results are 40 percent more likely to lean left, 16 percent of political keywords contained no right-leaning pages at all within the first page of results.

"A Democratic lawmaker issued a startling warning to government officials involved in “illegal” deportations that they “will not be safe” from future punishment when Donald Trump is no longer president.

“If you are a US government official and you are deporting Americans be warned,” Arizona Democratic Rep. Ruben Gallego tweeted early Thursday.
“When the worm turns you will not be safe because you were just following orders. You do not have to take part in illegal acts ordered by this President's administration.”...

If you are a US government official and you are deporting Americans be warned. When the worm turns you will not be safe because you were just following orders. You do not have to take part in illegal acts ordered by this President's administration.

Chris Hayes
✔@chrislhayes
Citizens having their papers demanded, then confiscated and then put in detention and ordered into deportation proceedings.

The historical resonances here are clear as bell. https://www.washingtonpost.com/world/the_americas/us-is-denying-passports-to-americans-along-the-border-throwing-their-citizenship-into-question/2018/08/29/1d630e84-a0da-11e8-a3dd-2a1991f075d5_story.html?noredirect=on&utm_term=.949f80c2dd7d …

Household Income Jumps To All Time Highs Under Trump

Household Income Jumps To All Time Highs Under Trumph:
"Economy: Median household income is up more than 4%, the economy is growing fast, optimism is at decades long highs. 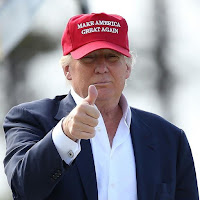 Not that you'd know it, since the press is too busy trying to drive President Trump from office.
Inflation-adjusted median household incomes in July hit $62,450 according to the latest release from Sentier Research.
That's the highest level since Sentier started tracking this more than 18 years ago.
And if you combine Sentier's numbers with annual Census data, median household income is at all-time highs.
More interesting is the fact that median household income has shot up more than 4% in the 19 months since Trump took office.
It had been flat over the previous year and a half. Over the course of President Obama's entire eight years in office, median household income climbed a mere 0.3%, Sentier data show.
...But instead of heralding this news, the mainstream press either ignores, downplays or tries to explain it away.
...There's a simple reason for this. The press is singularly fixated on bringing down Trump at all costs. Since good economic news will help Trump, it must be overlooked..."
Read all!
Posted by Jim Riley at 1:30 PM No comments: 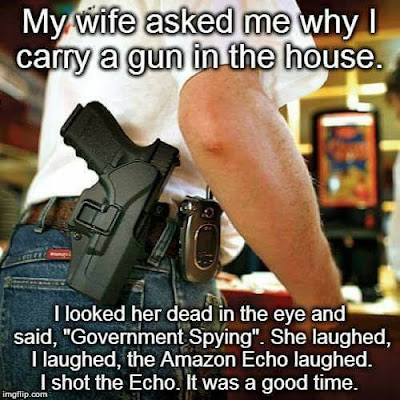 Limbaugh: Why are Obama, Hillary silent on hacked server? - WND

Limbaugh: Why are Obama, Hillary silent on hacked server? - WND:

In the wake of news reports this week that Hillary Clinton’s email server was hacked by a Chinese-owned company, talk-radio host Rush Limbaugh is wondering where the denials are from the former U.S. secretary of state and former President Obama.
“Has anybody seen Barack Hussein O or Hillary Clinton on TV denying the news story that the Chinese government had real-time hacked access to Hillary Clinton’s computer, her home-brew server and network when she was secretary of state? I haven’t seen that,” Limbaugh said on his national broadcast Wednesday.
“Has anybody seen Obama and Hillary indignant? Has anybody seen them on television flat-out refusing, denying, saying this is absurd? Anybody seen that? You haven’t.”

This is child abuse!--Why are there not riots over this?-----Michigan schools Disgrace!!--- 2018 M-Step reading test | MLive.com 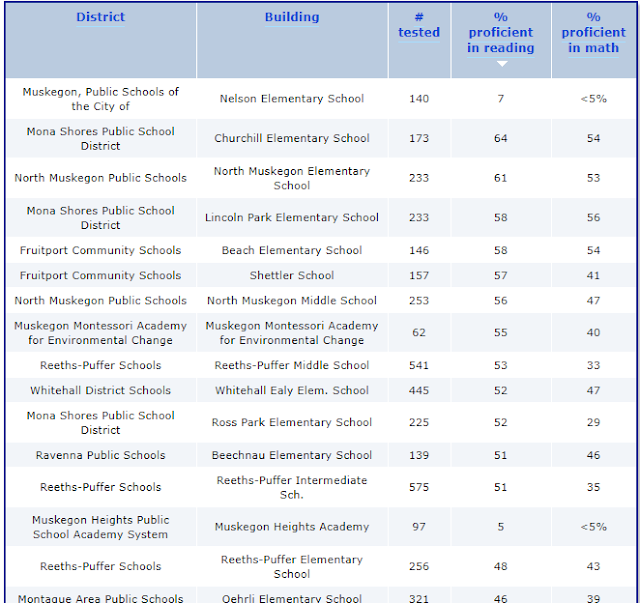 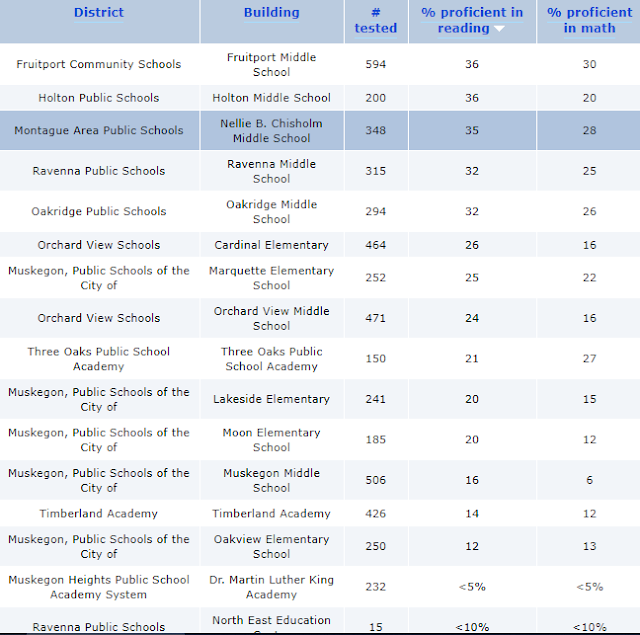 Ballot language for independent redistricting proposal approved by state board | MLive.com:
"...Read the full language the board approved below:

A PROPOSED CONSTITUTIONAL AMENDMENT TO ESTABLISH A COMMISSION OF CITIZENS WITH EXCLUSIVE AUTHORITY TO ADOPT DISTRICT BOUNDARIES FOR THE MICHIGAN SENATE, MICHIGAN HOUSE OF REPRESENTATIVES AND U.S. CONGRESS, EVERY 10 YEARS

Franken-algorithms: the deadly consequences of unpredictable code | Technology | The Guardian

In fact, the usage has changed in interesting ways since the rise of the internet – and search engines in particular – in the mid-1990s.
...Recent years have seen a more portentous and ambiguous meaning emerge...
...Only since 2016 has a more nuanced consideration of our new algorithmic reality begun to take shape.
...Corporations like Facebook and Google have sold and defended their algorithms on the promise of objectivity, an ability to weigh a set of conditions with mathematical detachment and absence of fuzzy emotion.
No wonder such algorithmic decision-making has spread to the granting of loans/ bail/benefits/college places/job interviews and almost anything requiring choice.
...We no longer accept the sales pitch for this type of algorithm so meekly..."
Read all.
Posted by Jim Riley at 8:30 AM No comments: 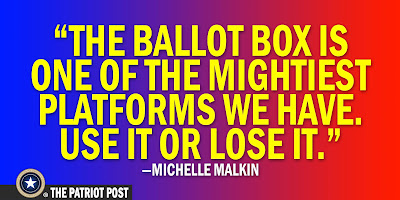 “You asked me to come on to talk about John McCain,” he said. “I’m here to talk about John McCain as I remember him. I’m not here to talk about the press’s handling of a difference between the White House and the press corps at this time.”
Camerota repeatedly pushed Sununu to say what she wanted.
“Are you satisfied … ,” she asked.
“This effort to try and create a cleavage there really does disturb me,” he said.
“It is this effort by the press to accentuate the negative that I think has created the climate that prevents in the long term the bipartisanship that John McCain supported,” Sununu said. “I don’t want to be a part of rubbing whatever salt there is in whatever wound there may be because I think that just adds to the division.

Caroline Glick: German-led E.U. Sides with Iran Against America
"With each passing day, it is becoming increasingly clear that the European Union has decided to stake its diplomatic credibility on the nuclear deal the Obama administration concluded with Iran.
Last Thursday, the EU announced it was transferring $20 million to Iran to offset the impact of U.S. sanctions.
EU foreign policy commissioner Federica Mogherini said it was part of a wider $58 million aid package to convince Iran to remain in the so-called Joint Comprehensive Plan of Action (JCPOA) — that is, then-President Barack Obama’s nuclear deal with Iran.
The EU’s announcement followed other anti-American, pro-Iranian moves.
Those included approving regulations to protect EU firms from U.S. sanctions if they continue to trade with Iran, and barring EU firms from ending their trade with Iran to comply with U.S. sanctions..."
Read all!
Posted by Jim Riley at 7:00 AM No comments: 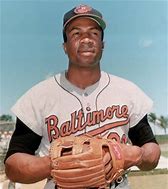 1920 - The first news program to be broadcast on radio was aired. The station was 8MK in Detroit, MI.

The Silence On A Potential Chinese Spy In Feinstein's Office Is Deafening:

The reporting also universally ignored, and thus concealed, the critical context that with even the smallest modicum of curiosity an observer would have unearthed regarding the fact that the alleged Chinese spy in her office was part of a much broader Feinstein-China mosaic.
Namely, reporters omitted that:

The way we were-----Billy Jack (One Tin Soldier)

The company's newly redesigned boxes will no longer depict animals in circus cages.
That's not good enough for Daisy Alioto, who laments in Vox that "the symbolic significance of changing the animal cracker box design does little to dismantle the elements of capitalism that exploit animals, people, and the environment."...
Read all!
Posted by Jim Riley at 5:30 PM No comments: