California faces a pension showdown
"Governor Jerry Brown as he leaves office is warning that California and its public agencies are on the road to "fiscal oblivion" if pension benefits can't be adjusted down.
...California drastically increased public employee pension benefits in the fall of 2003, when the state allowed employees to purchase "airtime." 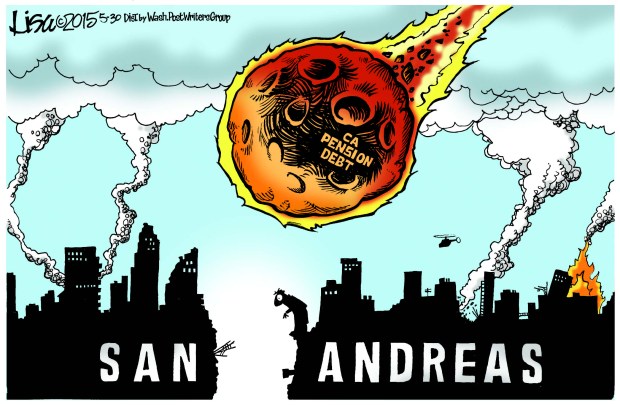