When Earth Day Predictions Go Predictably Wrong – Reason.com:
"...As Mark Perry of the American Enterprise Institute reminds us in an article about "18 spectacularly wrong predictions made around the time of first Earth Day in 1970," 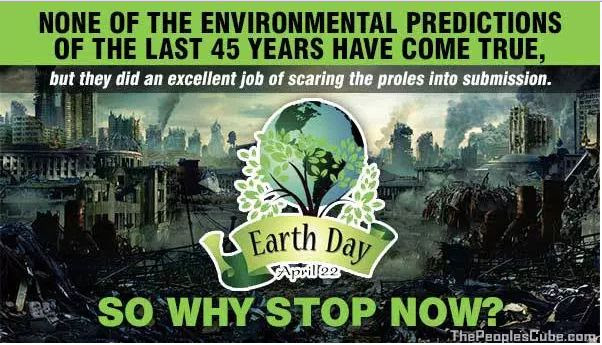 The same applies to our planet.
The Earth's atoms may be fixed, but the possible combinations of those atoms are infinite.
What matters, then, is not the physical limits of our planet, but human freedom to experiment and reimagine the use of resources that we have."
So, cheer up!
And stop freaking out about predictions of our imminent demise."
Posted by Jim Riley at 7:00 AM