When rape matters, and when it doesn't: Column

When rape matters, and when it doesn't: Column:
"Rape is a terrible crime and deserves the harshest punishment and condemnation.
Yet, in the public sphere, all rapes are not created equal.
There are rapes that support the preferred narrative, and there are rapes that do not.
The former tend to be much more publicized in the press than the latter, as a few recent examples illustrate.

At the top of the list of publicized rapes is Rolling Stone's reported gang rape in a University of Virginia fraternity house on Sept. 28, 2012. 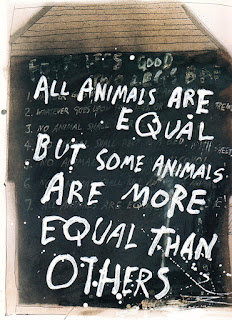 ...The story was quickly picked up nationally.
...Then, of course, the story fell apart.
...Meanwhile, two other recent rape cases, despite far more factual foundation, have gotten almost no traction in the national press.

What's the difference?
A cynic — and I've become pretty cynical lately as I observe these things — might conclude that the U.Va. rape story was hyped because it fit a preferred narrative: Evil white patriarchal privilege and the war on women. (It even fit in with a White House campaign on campus sexual assault that had U.Va. connections, extending directly to "Jackie," the Rolling Stone's victim/subject.)
The Bean and Williams rape cases, on the other hand, merely reflected badly on Democrats..."
Read all.
Posted by Jim Riley at 9:30 AM