Yes, There is a Crisis at the Border | The Heritage Foundation

Yes, There is a Crisis at the Border | The Heritage Foundation: 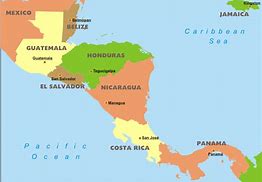 Unlike past waves of immigrants, those now entering our country illegally are not primarily from Mexico, nor are they primarily single men. Instead, they come mostly from the Northern Triangle: Honduras, Guatemala, and El Salvador. Nearly two thirds (64 percent) of those coming in illegally arrive as either whole or partial families (i.e., parents with minor children) or are unaccompanied children.
The number trying to claim asylum also has been rising steadily. It is now commonplace for those who are apprehended crossing illegally and those who are denied entry at ports of entry to claim asylum. Most who claim asylum are able to pass the initial “credible fear” hearing, but only around 10 percent of Central Americans who claim asylum will ultimately be granted it.