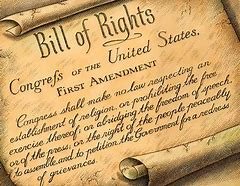 Kathy Trautvertter and Diane DiGeloromo of BMP T-shirts once told talk show host Glenn Beck they had to get involved because "when I put myself in his shoes I could see it from his side."
The LGBT printers realized they could not go against their own social mores and if asked, they "could not create or print anti-gay t-shirts for a group."
DiGeloromo said they know that siding with the printer may cause some concern in the LGBT community but "we feel it's not a gay or straight issue, it's a human issue and no one should be forced to do something against what they believe in."