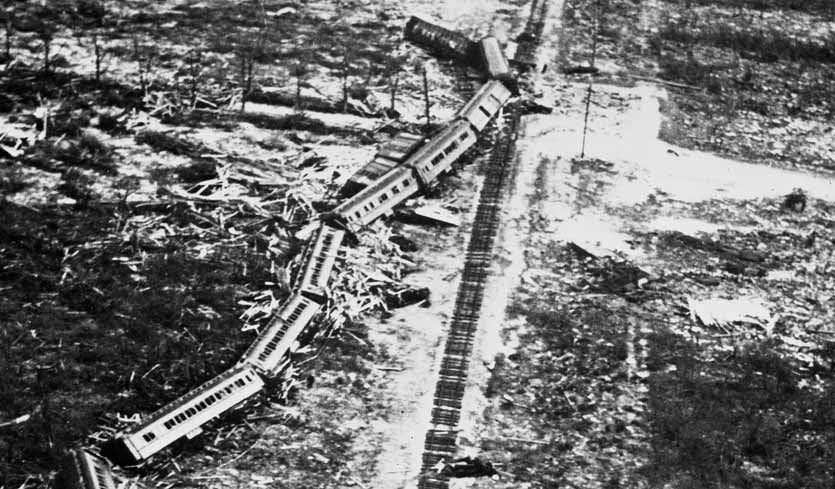 "...Tropical troubles on Labor Day weekend: 1935 and 2019
With an intensifying Hurricane Dorian bearing down towards Florida over Labor Day weekend, it’s worth comparing Dorian to another famous Labor Day weekend hurricane: the great Florida Keys Labor Day Hurricane of 1935, the most intense landfalling hurricane in U.S. history.
It is unlikely, but theoretically possible, that Dorian could grow as strong as the 1935 hurricane over the next several days.
Dorian will also likely be a much larger and longer-lived storm than the 1935 hurricane at landfall, which will raise the odds of widespread coastal surge.
Given the current track forecasts for Dorian, though, the storm is highly unlikely to make landfall at the 1935 storm’s record-breaking landfall intensity: 185 mph winds and a pressure of 892 mb.

History of the 1935 hurricane

The Labor Day hurricane of 1935 developed very rapidly from a system that was classified as a tropical storm less than two days before landfall in the Keys. Brushing the south end of Andros Island in The Bahamas, the storm headed toward the north coast of Cuba before angling unexpectedly rightward and intensifying with astonishing speed as it approached the Keys. In just 42 hours, the 1935 hurricane intensified from a tropical storm with 70 mph winds to an incredibly intense Category 5 beast with 185 mph winds as it passed over the very warm waters of the Florida Straits.
The great Labor Day Hurricane of 1935 made landfall in the upper Florida Keys during the late evening hours of Monday, September 2, 1935—Labor Day. It was originally classified as having 160 mph winds at landfall, but a reanalysis done in 2014 concluded that the mighty storm made landfall with 185 mph winds and a central pressure of 892 mb--all-time landfall records for the Western Hemisphere...
Theory says Dorian could match the 1935 hurricane..."