The Morning Briefing: Spicey's Dancing With the Stars on Liberal Feelings | PJ Media

In case you missed it: former White House Press Secretary Sean Spicer is going to be on the next season of ABC's "Dancing With the Stars," which can be a good or a bad thing, depending on how seriously one takes goofy network television fare.
Democrats all across the land are having yet another foot-stomping, snot-bubbling, toddler-esque meltdown, this time because a Republican guy they don't like is going to be on a television show they've never watched.
Predictably, there was the oh-so-stern threat of a boycott, this one from an Obama flack:

.@seanspicer will compete on the new season of @DancingABC!#DWTS#DancingOnGMAhttps://gma.abc/31N7b2O 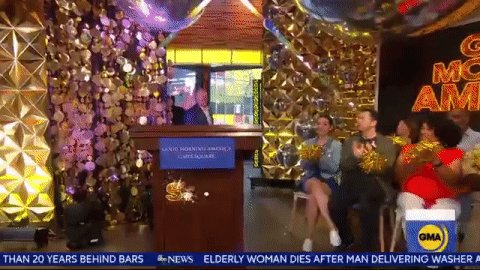 Scott Dworkin
✔@funder
You will face a boycott. A big one. Of the show and of your entire network.

And it will be well deserved.
Folks will contact every advertiser you have and demand they stop running ads.
So, good luck with all of that. The only smart move here is to replace him immediately.

Because ridiculous is what The New York Times does, its television critic decided to devote a thousand or so words to lobby for the American public to make Spicer face ongoing punishment for having the audacity to work for a president not approved by the MSM..."
Read all.
Posted by Jim Riley at 2:30 PM