True North: The Principles of Conservatism | The Heritage Foundation

True North: The Principles of Conservatism | The Heritage Foundation:

The Heritage Foundation formulates policies that promote free enterprise, limited government, individual freedom, traditional American values, and a strong national defense. Heritage does not support policies that deviate from these principles, nor are our recommendations ever influenced by donations or outside political pressure.

You can barely make it to GR and back in the winter...if your lucky!-----20 Downsides Of Electric Vehicles Drivers Often Overlook

20 Downsides Of Electric Vehicles Drivers Often Overlook
"For almost 10 years now, electric vehicles have been the talk of the car industry.
...However, EV manufacturers have hidden the downsides of those vehicles.
The purpose of this list is to reveal to you the 20 things they won’t tell you.
Keep reading to discover why electric cars are still far from perfect.
Here’s why you should think twice before purchasing one.


Range anxiety is the number-one factor when it comes to EV downsides. Simply, modern electric vehicles are still range-limited due to their small capacity batteries.
Most affordable electric cars on the market have a bit more than a 130-mile-range..."
Long, ugly list.
Playtoy for rich eco-preeners.
Read all.
Posted by Jim Riley at 5:30 PM No comments:

Union Bosses Rack Up $60,000 Cigar Bill on Union Outing
"A federal complaint filed against the leader of the United Auto Workers union has uncovered lavish spending and alleges that union leadership repeatedly misused and encouraged the misuse of union funds.
A federal complaint filed in September, alleges that Gary Jones — the former president of the United Auto Workers — spent $13,000 of the union’s money in one day at a cigar store in 2015, according to The New York Times.
...The filing says that in the four years, union officials spent $1 million on outings, including four-figure dinners, months-long rentals of villas in Palms Spring, California, and golf outings.
It also alleges they spent $60,000 dollars on cigars and cigar paraphernalia during that time period..."
Read all.
Posted by Jim Riley at 4:30 PM No comments: 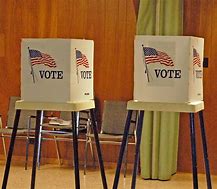 U.S. District Court Judge Loretta Biggs has delayed a decision on North Carolina voter ID legislation until next week.
Judge Biggs, an Obama appointee, has temporarily blocked measures that would require legal identification at the ballot box in 2020. Notification of the delay was appended to NAACP et al v. Cooper, one of two lawsuits challenging the new restrictions. The decision comes just before a statewide mailing which would explain them.

Trump’s ‘Failures’ – American Greatness
"It is popular on the NeverTrump Right and everyone on the Left to claim that President Trump has “failed” as we head into an election year.


Take the wall.
True, Trump certainly in the last three years has not come close to building an envisioned initial phase of 1,000 miles or so of border fencing to stop the easiest access to the United States, much less made Mexico pay for it.
Yet even his critics concede he relentlessly tried—and are fearful he will soon succeed.
...Again, the point is that after three years of mockery insisting Trump has not build his wall, he nonetheless has attempted almost every imaginable method to do it.
And now the invective over the last few months has begun to alter.
If Trump between 2017-19 was mocked as an obsessive Ahab pathetically and in vain chasing his Great White Wall, he now is being redefined as a dangerous xenophobe, whose American version of the Maginot Line may soon become dangerously reified.


The Right Direction on Trade and China..
What “America First” Looks Like..

For better or worse, we are now fundamentally recalibrating the United States—not just redressing the prior Obama transformation, but the policies of past Republican administrations as well... 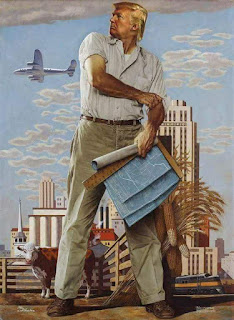 So we are watching a great experiment, as all of our past de facto assumptions about regulations, immigration, identity politics, trade, workers’ wages, manufacturing, the Middle East, China, Russia, and overseas interventions are all at once under sometimes chaotic reexamination.
We won’t know to what degree Trump won his battles against a now hard-leftist Democratic Party, the NeverTrump Right, the media, the academic and cultural elite, Silicon Valley, Hollywood, and the Washington deep state until he finishes his first term.
In 2020 the people will decide whether such risks were worth taking.
But the idea that Trump has “failed,” when the economy is booming, the United States is energy independent, the border is becoming a border again, China is on notice that the past 30 years of appeasement are over, the military is far stronger, and U.S. foreign policy is being radically recalibrated is absolutely absurd.
Impeachment was never about Trump’s failures, but about fears of his perceived successes..."
Read all!
Posted by Jim Riley at 1:30 PM No comments: 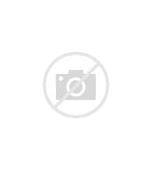 Denver officials do not plan on fully cooperating with Immigration and Customs Enforcement (ICE) if they release an illegal alien who was deported six times before getting arrested for fleeing the scene of a deadly hit-and-run accident.
Juan Sanchez, a Mexican national living in the U.S. illegally, is accused of striking a pedestrian in the Denver area with a vehicle and immediately fleeing the scene. If Sanchez — who lives in a state that largely limits cooperation with ICE — is able to make bond, his release back into the community could pose another showdown between local officials and federal immigration authorities.

Experts!!---"NASA experts say Manhattan will be underwater no later than last year"--2017--Schadenfreude Daily

Schadenfreude DailyBart T Borkosky shared a link.
"I know this is a tad premature, but I'm going to go out on a limb here and celebrate next Wednesday's forthcoming schad.
"NASA experts say Manhattan will be underwater no later than last year"


Congratulations on all the world ending crises you survived over the past decade! But experts say the next week is going to be really rough.

YOUTUBE.COM
Climate Survivors
Congratulations on all the world ending crises you survived over the past decade! But experts say the next week is going to be really rough.
Posted by Jim Riley at 10:30 AM No comments:

Their plan!-----The left must stand against capitalism. Now. - Macleans.ca

The left must stand against capitalism. Now. - Macleans.ca


"...There’s no way around a simple reality for people who consider themselves to be on the left side of the political spectrum, the people who strive for widespread and radical, if not revolutionary, change—we’re getting our tails kicked.
...if people who hold left-leaning ideals cannot quit kidding themselves by believing that capitalism exists as a benevolent or even neutral social arrangement.
If the left intends to win these fights, it must also stand in principled opposition to capitalism.
2020 is the year to do it..."
Read all.
Posted by Jim Riley at 9:30 AM No comments:

Millions Died Thanks to the Mother of Environmentalism – Dr. Rich Swier

Millions Died Thanks to the Mother of Environmentalism – Dr. Rich Swier
"...Rachel Carson was an American hero.
In the early 1960s, she was the first to warn that a pesticide called DDT could accumulate in the environment, the first to show that it could harm fish, birds, and other wildlife, the first to warn that its overuse would render it ineffective, and the first to predict that more natural means of pest control – like bacteria that killed mosquito larvae – should be used instead.
Unfortunately, the PBS documentary neglected to mention that in her groundbreaking book, Silent Spring, Carson had made one critical mistake – and it cost millions of people their lives.
...Demonizing DDT
On Sept. 27, 1962, Rachel Carson changed her tone. Her next book, Silent Spring, which she called her “poison book,” was an angry, no-holds-barred polemic against pesticides: especially DDT.
...After DDT was banned, malaria reemerged across the globe:

Since the mid-1970s, when DDT was eliminated from global eradication efforts, tens of millions of people have died from malaria unnecessarily: most have been children less than five years old..."

Most of us see that. 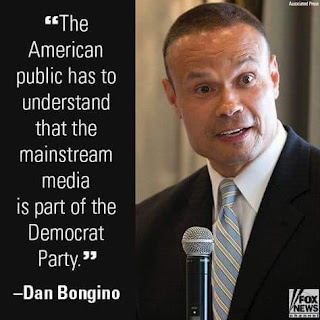 To combat California wildfires allegedly caused by climate change, a writer at the progressive magazine The Nation is calling upon Americans to rethink the "seriously question the ideal of private homeownership."
"Yes, climate change intensifies the fires—but the ways in which we plan and develop our cities makes them even more destructive," writes Kian Goh, an assistant professor of urban planning at UCLA.

Yup. That's how the media frames it-----Clarice Feldman - When a white man attacks blacks, it's promoted... Clarice Feldman - When a white man attacks blacks, it's promoted...
"When a white man attacks blacks, it's promoted as hateful racism--even when the attack was a defensive one as it was in the Trayvon and Brown cases.
When it's the other way around--and statistically is usually is--it gets buried like the torture death of that young couple (Channon Christian and Christopher Newsom)or excused as mental illness.
The effect of this biased reporting leads Blacks to think they are under attack and whites to be disparaged as racist killers."
Posted by Jim Riley at 7:00 AM No comments: 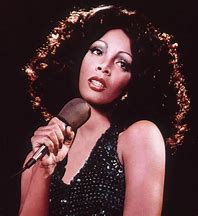 
1997 - Michael Kennedy, 39-year-old son of the late U.S. Sen. Robert F. Kennedy, was killed in a skiing accident on Aspen Mountain in Colorado.