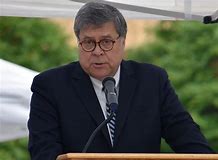 Attorney General William Barr warned that religious people are not imposing their beliefs on others, but that “militant secularists” are imposing their values on religious people.
Barr discussed religious freedom in the United States during an interview with Cardinal Timothy Dolan of New York and co-host Father Dave Dwyer, CSP, on SiriusXM’s The Catholic Channel. The attorney general warned that religion is being “driven out of the marketplace of ideas,” and that “there’s an organized, militant secular effort to drive religion out of our lives.”

Whether It’s a ‘Climate Emergency’ or Nuclear War: Doomsday Never Seems to Happen | Watts Up With That?

Whether It’s a ‘Climate Emergency’ or Nuclear War: Doomsday Never Seems to Happen | Watts Up With That?
"From 1947 to today, the Bulletin of the Atomic Scientists, keepers of the “doomsday clock”—a holdover from the atomic age and Cold War—has predicted doom by moving the hands of a prop clock closer to or further away from midnight.
Midnight represents a global doom disaster in progress.

In a breathless press release on January 23, which included a cameo from former California governor and climate activist Jerry Brown, the group announced that due to “climate change,” the world is 20 seconds closer to midnight, standing at 100 seconds (1 minute 40 seconds) before midnight.

Photo by Lexey Swall Photography, courtesy of the Bulletin of the Atomic Scientists
The scientists announced:

Civilization-ending nuclear war—whether started by design, blunder, or simple miscommunication—is a genuine possibility. Climate change that could devastate the planet is undeniably happening. And for a variety of reasons that include a corrupted and manipulated media environment, democratic governments and other institutions that should be working to address these threats have failed to rise to the challenge.

In essence, they are saying nuclear war and climate change are equivalent threats.

Such a comparison is mind-bogglingly ridiculous.
Consider that climate change has no “hair trigger” like nuclear catastrophe does. Some despot or dictator who obtains a nuclear weapon is entirely different from the slow change of climate over 100 years.
Yet, these supposedly learned scientists have embraced the hype of “climate emergency” as if it was on par with a nuclear hair trigger.
Lamenting the lack of action and interest in climate change, they write:

Lip service continued, with some governments now echoing many scientists’ use of the term “climate emergency.” But the policies and actions that governments proposed were hardly commensurate to an emergency. Exploration and exploitation of fossil fuels continues to grow.

Because all governments don’t sense an “emergency” and have not pulled the plug on electricity grids powered by fossil fuels, the Atomic Scientists are in despair..." 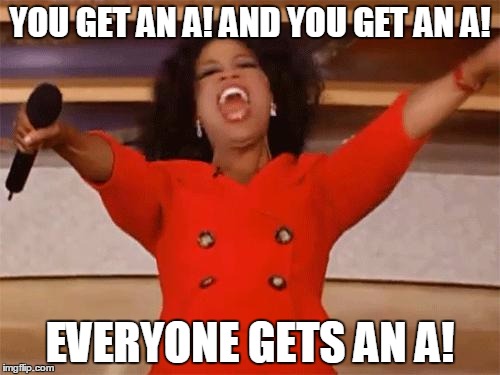 Gov. Gretchen Whitmer launching effort to undercut Michigan’s third-grade reading law | Bridge Magazine
"Undercutting Michigan’s controversial third-grade reading law, Gov. Gretchen Whitmer will unveil in her State of the State address Wednesday an initiative to help struggling readers avoid flunking and advance to fourth grade.
...The intent, according to Whitmer, is to lower the number of kids who flunk because they are struggling readers.
...In October 2016, the Michigan Legislature passed a law requiring students who are more than a grade level behind in reading by the end of third grade to be retained, joining 15 other states with similar read-or-flunk laws.

...If past test scores are an indication, the state’s low-income, urban and minority children will be more likely to be flagged for retention.
...Teachers and principals can request a good cause exemption for students..."
Read all.
Posted by Jim Riley at 4:30 PM No comments: 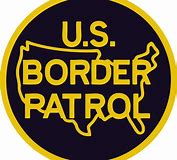 The U.S. Border Patrol, in conjunction with the Drug Enforcement Agency (DEA), arrested an MS-13 gang member who was living in the U.S. illegally and had been previously deported from the country multiple times.
Border Patrol agents working in Ohio executed an arrest warrant in Toledo, Ohio on Thursday, leading to the apprehension of 38-year-old Mexican national Juan Carlos Alvarez-Robles, Customs and Border Protection (CBP) announced in a press release. The agency noted that Alvarez-Robles is a convicted member of MS-13, a transnational gang known for its brutality, and that he had already been removed from the U.S. a total of five times.

I BET I KNOW WHO GETS DECIDE WHAT THE TRUTH IS

Instapundit Blog Archive I BET I KNOW WHO GETS DECIDE WHAT THE TRUTH IS
Elizabeth Warren demands criminal punishment for spreading social media lies about elections after Russian-linked accounts posted falsehoods during 2016 race. Posted by Stephen Green "
Posted by Jim Riley at 2:30 PM No comments:

The Democrats and Their Prophetic Failure. Again. - American Thinker

The Democrats and Their Prophetic Failure. Again. - American Thinker
"It was only last October that I diagnosed the Democrats as suffering from “prophetic failure.”
That’s what happens when the prophecies of a religious cult fail to turn up on cue.

...These are not the actions of a cunning political party carefully plotting how to win 51 percent of the vote at the next election.
These are the desperate actions of a religious cult traumatized by the failure of prophecy.
And never mind the science!

Here’s an example of how bad things are: a new fully-qualified high-school English teacher who’s quit teaching, after one quarter of full-time teaching.
She “loved teaching English and engaging with students,” but...
From Quillette:

But nationwide, issues like administrative lack of support and incompetence, overwhelming class size, burdensome paperwork, and disciplinary issues overshadow the joys of teaching and make public schools intolerable places to build a career.

So what are our liberal friends doing about this?
They are gutting school discipline, because racism.
So education is going to get worse, a lot worse, before it gets better.
At least when you are a conservative you do not get to live in a cocoon where nobody is allowed to criticize you.
It’s the old problem.
What do you do about a crazy religious cult convinced that the rest of the world is evil?"
Posted by Jim Riley at 1:30 PM No comments:

"Rex sits down with Dr. Patrick Moore, co-founder of Greenpeace and an outspoken critic of the climate-change hysteria and eco-fanaticism which currently inundates politics, journalism, and academia.
Dr. Moore talks about his adventures confronting Soviet and Japanese whaling ships, sailing across the ocean to stop nuclear bomb tests, advocating for Golden Rice (a GMO food for the poor), why he became disillusioned with Greenpeace’s mission, and the rampant untruths and myths surrounding global warming."

Senator Bernie Sanders plan to tax the wealth of some of America’s richest families would add new revenue for the government at the cost of shrinking the economy, lowering wages, and reduce capital formation in the United States, according to a new analysis from University of Pennsylvania’s Wharton School Budget Model.
Sanders, a leading candidate for the Democratic nomination for president, has said he would impose a graduated wealth tax starting at 1 percent of a household net worth above $32 million. It would climb to 8 percent on households with a net worth above $10 billion.

US life expectancy rose in 2018 for 1st time in 4 years: Study - ABC News
"Life expectancy in the U.S. rose in 2018, the first such increase in four years, according to a report the National Center for Health Statistics published on Thursday.
The average American man will live to be 76, and the average woman will live to be 81.
Those gains were driven by declines in 6 of the 10 leading causes of death between 2017 and 2018, and a notable drop in drug overdose deaths.
Overdose deaths, after increasing for decades, fell for the first time in 28 years, from 70,237 in 2017 to 67,367 in 2018, according to the report..."
Read all. 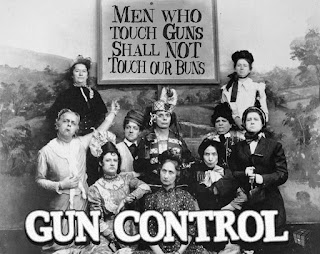 Stored solar energy technology was perfected hundreds of millions of years ago. It is 100% organic, and isn't a ponzi scheme.---Air-Climate-Energy

Stored solar energy technology was perfected hundreds of millions of years ago. It is 100% organic, and isn't a ponzi scheme.

YOUTUBE.COM
100% Reliable Green Energy
Stored solar energy technology was perfected hundreds of millions of years ago. It is 100% organic, and isn't a ponzi scheme.
Posted by Jim Riley at 8:30 AM No comments: 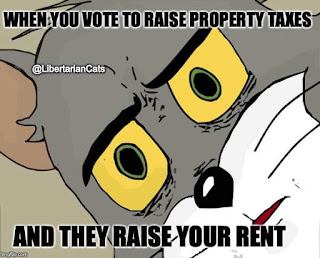 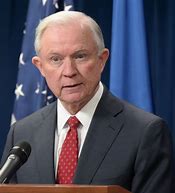 During an interview that aired on Huntsville, AL’s radio WVNN on Tuesday, former U.S. Attorney General Jeff Sessions indicated that President Donald Trump was justified in wanting answers about former Vice President Joe Biden and his son Hunter Biden’s relationship with Ukraine and Ukrainian energy Burisma.
Sessions, a candidate for U.S. Senate in Alabama, explained the circumstances of the situation on WVNN’s “The Jeff Poor Show” and added that raising the issue should not be an impeachable offense.

Policing Muslim Rape Gangs - For Britain
"As a retired Deputy Chief Constable, I hang my head in shame at the emerging scandal which must be the worst and most damaging to the Police service in my lifetime.
It seems that several Police forces and other public organisations have been complicit in ignoring and even covering up most blatant cases of rape and abuse, amounting to at least a neglect of duty at a corporate and individual level.

...It is hard to keep track of all the forces involved, but it seems
South Yorkshire, West Yorkshire, Greater Manchester, Thames Valley, West Mercia, Northumbria, West Midlands
have been a party to this stain on the integrity and trustworthiness of British policing.
There are probably more exposures to come.
Conscious decisions were taken not to investigate or pursue numerous allegations against gangs of Muslim men abusing young white and some Sikh girls.

Overwhelming evidence is emerging of a consistent pattern in England and also recently in Scotland.
How has this happened? ... 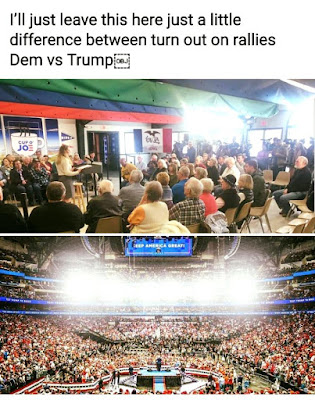 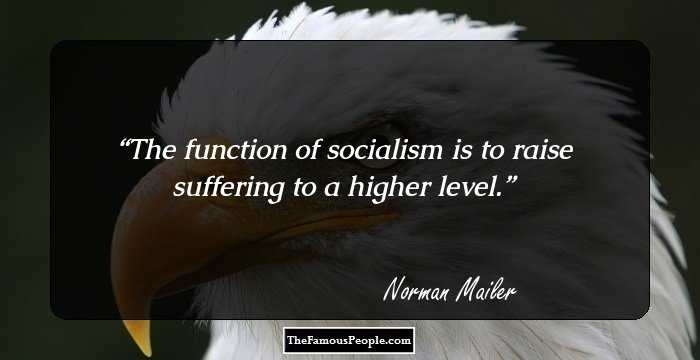 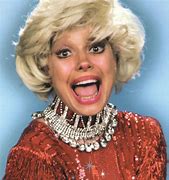 1940 - The first Social Security check was issued by the U.S. Government.