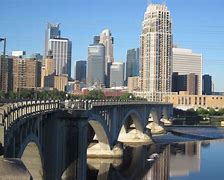 The Democrat-controlled Minneapolis City Council controversially voted to disband its police department in the wake of George Floyd's tragic death.
Now, three members of the city council are costing taxpayers tens of thousands of dollars per week because they have hired private security after receiving threats related to their support for defunding the Minneapolis Police Department.
Andrea Jenkins, Phillipe Cunningham, and Alondra Cano — who have been outspoken proponents of the radical law police reform measure — are costing city taxpayers $4,500 per day in private security fees,