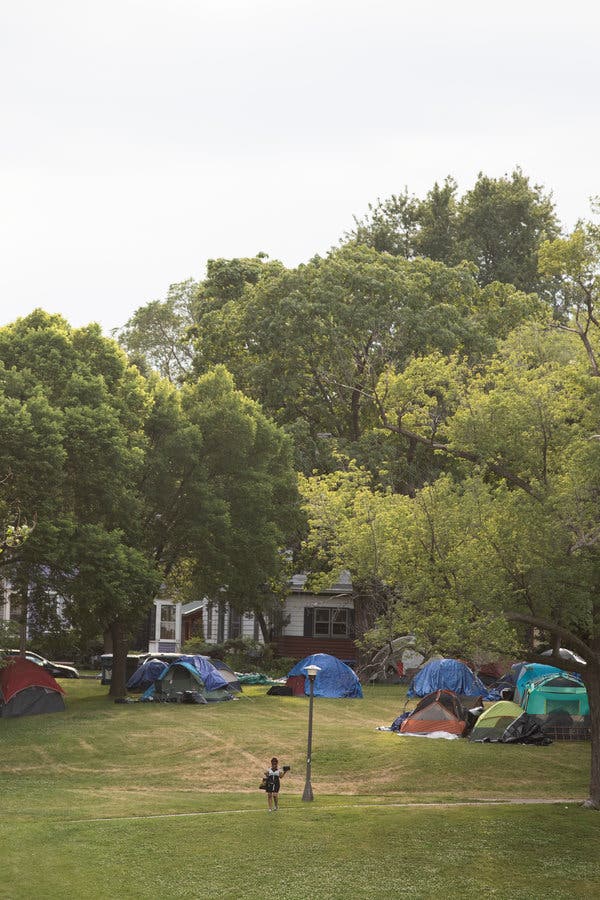 Minnesota Town Goes Woke, Pledges Not To Call Cops, Is Now ‘Overrun’ By Homeless Encampment | The Daily Wire
"A Minneapolis community, just a few miles away from where George Floyd died while in the custody of the Minneapolis Police Department, pledged to “check its privilege,” allowing hundreds of transients and homeless individuals to take up residence on their front lawns and pledging not to call the police to handle incidents of drug abuse and mental illness.
Now that same town’s residents are concerned things have gotten out of hand.
Crime is rampant and the homeless encampment now has more than 300 people.
The New York Times reports that Powderhorn Park residents — mostly left-leaning white women — were instrumental in declaring their town a “safe zone” for the underprivileged and pressing the town’s residents to agree to a pact not to call the police or other public safety resources if they felt threatened..."
Read all.
Posted by Jim Riley at 2:30 PM