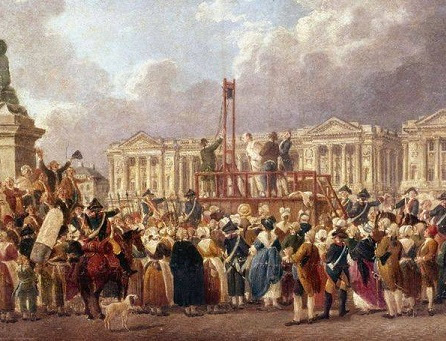 What Happens When the Madness Ends? - American Greatness
"When something cannot go on, it certainly will not go on.
But what are the symptoms of what cannot go on and when?
There are two historic red lines and our revolution is getting close to both.


The Reign of Terror will end and the Thermidor reaction is on the horizon.
Today’s opportunist virtue-signaler will be tomorrow’s gullible fool.
Tonight’s brave looter and edgy arsonist will be tomorrow’s matter-of-fact felon.
This morning’s memo-writing social justice executive and administrator will be seen as tomorrow’s rank abettor of McCarthyite persecutions.
And the coveted and esteemed racial arsonist of the moment soon will become the ostracized segregationist.
Americans believe there is one thing more regrettable than a falsifier—and that is an opportunistic and careerist falsifier."
Posted by Jim Riley at 1:30 PM