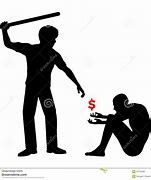 This country is in hospice and it's fading fast.
We need a new one.

Businesses and non-profits in the East Market District of downtown Louisville, also referred to as NuLu (New Louisville), have received letters from left-wing activists demanding that they give in to a list of racial reparations or face having their businesses get negative reviews online. The activists "sent out a three-page contract to NuLu businesses following Friday's protest where LMPD says 76 protesters were arrested and charged with obstructing a highway and disorderly conduct," WAVE 3 News reported."Some also picked up assault charges, accused of throwing bottles at police officers."

WDRB News reported that the "demands came with a deadline of Aug. 17, or else protesters would respond by launching negative reviews and social media posts about the businesses."

Local residents that reached out to The Daily Wire were stunned that the story was not receiving more attention in the local media and did not want to be identified because they feared "mob retaliation." One person said that they felt that this was "criminal extortion."

See the link for the list of terrorist demands.
Posted by Jim Riley at 4:30 PM