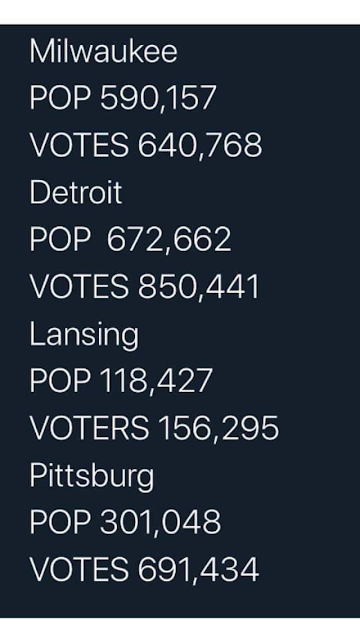 I appreciate the meme if the numbers are correct. But simple errors and sloppiness destroy credibility and weaken the case. The meme uses the word "votes" in three of the noted cities but uses the word "voters" in Lansing. If the meme maker meant Pittsburgh, PA, then "Pittsburg" is spelled incorrectly. "Pittsburg" is a small town in New Hampshire on the Canadian border. Though the locations of Milwaukee and Detroit are commonly known, it would be better if the meme maker had included the two-letter state postal abbreviation for clarity.