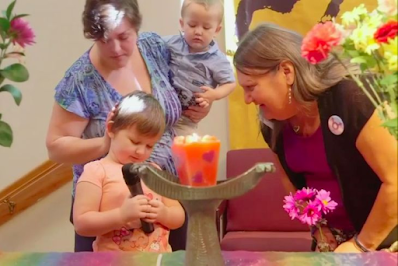 HBO Documentary Celebrates 4-Year-Old Transgender Boy:
"This month, HBO Max released the documentary Transhood, a film celebrating transgender identity for children as young as age four.
According to director/producer Sharon Liese, the film’s central characters — children ages 4, 7, 12, and 15 — “redefine ‘coming of age.'”
Many conservatives rightly condemned the film as “child abuse,” launching a Twitter hashtag “#BoycottHBO.”
While the documentary’s basic premise is disturbing enough, the outrage focused on a clip slightly longer than one minute in which a pro-LGBT church celebrates the “transition” of a 4-year-old boy identified as “Phoenix.”...Read all.
Posted by Jim Riley at 7:00 AM