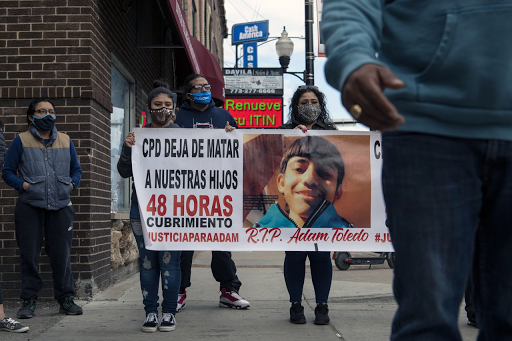 Michael Smith
"The lawyer for the family of the 13 year-old kid who was killed by police in Chicago just said "...the second he was shot, he didn't have a gun in his hand."
Technically, that is true.
But in reality, it is a lie.
I understand her job is to advocate for the family, but according to the full speed video from the cop's body cam, literally one second before he was shot he DID have a gun in his hand.
Of course, the media only shows the frame where he is facing the police with his hands up to create an image of cops murdering an unarmed kid.
What it doesn't show is that image was part of a one second to a second and a half sequence where the kid tossed the gun behind a fence and spun toward the officers.
In the context of the real world, a second to a second and a half is roughly one heartbeat.
That's how fast it is.
This is one case where the entire video should be viewed in full context to appreciate how quickly the events transpired.
...The real question I have about this tragedy is why the hell was a 13 year-old kid running around, at night, with a handgun, in the first place?
I'm sure the grieving parents (most likely it will be parent, singular) will be trotted out to support what will undoubtedly be a multi-million dollar lawsuit against the police and the city, but (and this may seem callous) aren't they at least partially responsible for their minor child being in that situation?"...Read all.
Posted by Jim Riley at 7:00 AM