An Ominous Portent for Conservatives in the Military

An Ominous Portent for Conservatives in the Military

"... the DOD still has not promulgated an official definition of extremism.

Secretary of Defense Lloyd Austin refused to give a definition at a congressional hearing this week, and on Thursday, the DOD confirmed to PJ Media that it has not adopted a definition.

However, a working definition that the Army Recruiting Command apparently uses to screen applicants should raise alarm bells for conservatives. 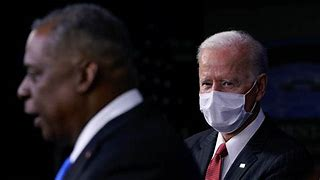 “I’m very concerned about the recent order that you have conducted regarded looking at so-called ‘extremism,’ and I have sent to you two letters, Mr. Secretary, asking for the definition of what the Department of Defense views as ‘extremism,’ and have not heard back from you yet,” Rep. Vicky Hartzler (R-Mo.) told Austin at a hearing on Wednesday. “Could you just share with me, does the Department of Defense have a definition of extremism?”

Austin did not answer Hartzler’s question...

...“So, do you have a definition of what extremism is and what that behavior is?” Hartzler asked.

...Hartzler brought up a new DOD screening procedure, asking, “What, specifically, would you be screening for?”...Read all.