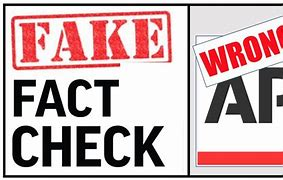 ...The self-appointed gatekeepers of facts operate under the guise that they have no bias whatsoever and are typically cloaked behind a veil of anonymity.
In reality, they are merely liberal activists with, no actual journalism experience, intent on reinforcing their preconceived narratives and opinionating news.
Fact-checking is an imminent necessity because “you’re not intelligent enough to adequately read, research and or rationalize for yourself,” the socialist arbiters of truth proclaim, “so, you must rely on us to filter out the ‘fake news.'”
...MediaBiasFactCheck.com
Posted by Jim Riley at 7:00 AM