China Picking Up Where US Leaves Off Not A Good Thing - by Tom Knighton - Tilting At Windmills
"China is not our friend.
I know. I’m really breaking news on that one, aren’t I?
However, they’re not. Seeing this fact shouldn’t be rocket science.
The Biden administration, which is not exactly filled with brain surgeons, should be able to see it plain as day. 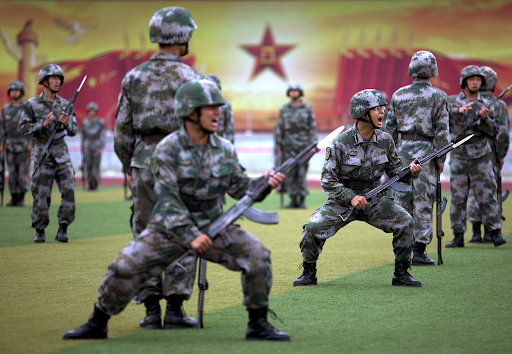 Unfortunately, we get crap like this instead.
US Secretary of State Antony Blinken has said China's possible involvement in Afghanistan could be "a positive thing"...He urged the Taliban to come to the "negotiating table... peacefully".
Oh, goodie.
Here’s the problem with this.
First, China and the Taliban already have one thing in common.
They don’t like the United States.
...When the United States leaves a void somewhere, it creates a problem.
...The sooner our so-called leaders recognize that China is a rival.
More than that, though, they’re likely an enemy nation.
The sooner we start to recognize that, the sooner we can recognize that moves like this aren’t necessarily going to be in our best interests.
Understand, if China can find a way to screw us, they will...Read all.
Posted by Jim Riley at 1:30 PM