Losing Our Liberty All at Once?

Instapundit--Losing Our Liberty All at Once?  --ROGER KIMBALL

Joseph Hackett, you see, is a 51-year-old Trump supporter and member of an organization called the “Oath Keepers,” a group whose members have pledged to “defend the Constitution against all enemies foreign and domestic.” (You can see how this ends already, can’t you?) ...Hackett came from his home in Florida to join the Trump “Stop the Steal” rally that took place on January 6. 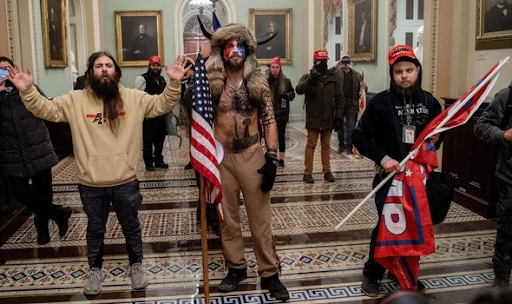 According to court documents, he entered the Capitol at 2:45 that afternoon. He left some ten minutes later, at 2:54. The next day, he went home. On May 28, he was apprehended by the FBI and indicted on a long list of charges, including conspiracy, obstruction of an official proceeding, destruction of government property, and illegally entering a restricted building...

Earlier: The insurrectionary crime of “parading.” “Now the press hypes up a bunch of people protesting in the Capitol as some sort of combination of Pearl Harbor and 9/11.

How different it was when Marxists stormed the Senate Building in October 2018 to protest the confirmation of Brett Kavanaugh.”--Posted by Ed Driscoll"...Read all!