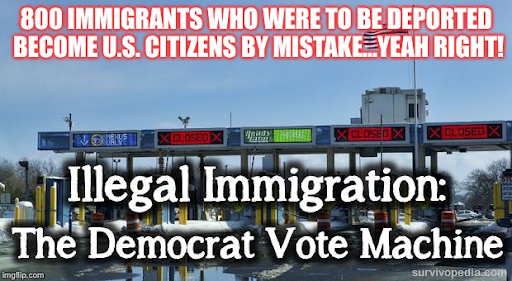 "South Texas’s Rio Grande Valley has been the busiest border sector for illegal alien crossings for years. But last week a sudden spike in numbers saw Border Patrol apprehend more than 20,000 illegal immigrants in one week.
...The most recent large groups have mostly contained citizens from Guatemala, Honduras, El Salvador, Venezuela, and Nicaragua, according to CBP.
...Title 42—which is the public health emergency measure allowing Border Patrol to quickly turn back to Mexico some single adults—is largely seen as the remaining vestige of border control.
The measure is expected to be removed imminently and Border Patrol is bracing for an even bigger influx as single adults would then need to be placed through a much longer process under Title 8 immigration proceedings and likely many will be released into the United States...Read all.
Posted by Jim Riley at 8:30 AM