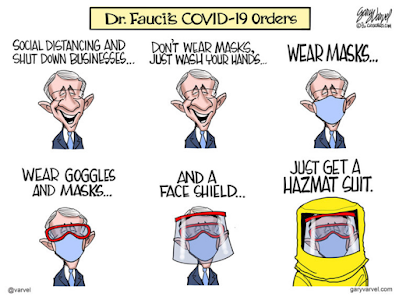 Sky News Australia Suspended by YouTube
"YouTube has temporarily suspended Sky News Australia from posting on its video platform, issuing a first strike to the popular conservative news channel over “COVID-19 misinformation,” according to a statement.
The tech giant said its decision to issue a strike was based on local and global health authority guidance, which Sky News Australia challenged as being constantly “subject to change” alongside updates to guidance from the various authorities.
...The strike means that Sky News Australia is suspended for a week from uploading content to its 1.85 million subscribers on its YouTube account.
“Specifically, we don’t allow content that denies the existence of COVID-19 or that encourages people to use hydroxychloroquine or ivermectin to treat or prevent the virus,” YouTube said in an early version of its statement that was sent to local media...Read all.
Posted by Jim Riley at 4:30 PM