Of course, rules are for the little people

Instapundit--Of course, rules are for the little people

...Of course, rules are for the little people: 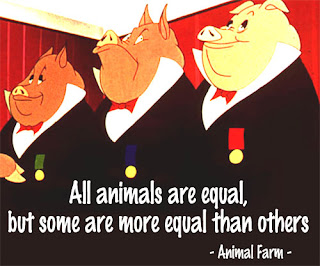 “In San Francisco over the weekend, Mayor London Breed explained that the video of her enjoying herself maskless at a jazz club doesn’t count when you really think about it, because, unlike you, she is really into music. ‘My drink was sitting at the table,’ Breed said when pushed on the matter, and ‘I got up and started dancing because I was feeling the spirit and I wasn’t thinking about a mask.’

Which is an absolutely spiffing excuse if one assumes that the mayor of San Francisco is alone among her fellow citizens in desiring to spend her evenings without a large piece of cloth strapped across her face.

Exonerating herself further, Mayor Breed suggested that ‘we don’t need the fun police to come in and micromanage and tell us what we should or shouldn’t be doing.’ Which, again, is a ripping justification if we assume that everyone else in San Francisco is just dying for close supervision.”--Posted by Ed Driscoll"