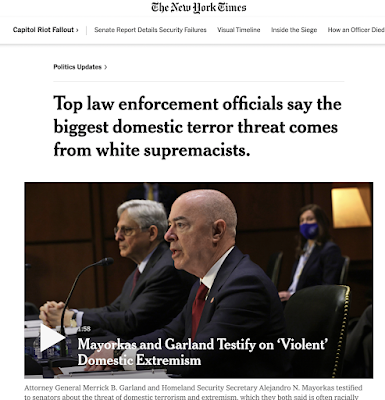 Ben Shapiro’s Latest Tour de Force Exposes Who Is Behind America’s Authoritarian Moment
It all felt so snapped in place, so tightly coordinated.
What if it was?
That was all just seven months ago.
But the preparation was years, decades in the making.
...It’s in the form of institutions the left has captured and now cloaks itself in as it wields nearly unchecked power over the rest of us.
Dissent from their line on anything and you will be silenced...Read all.
Posted by Jim Riley at 10:30 AM