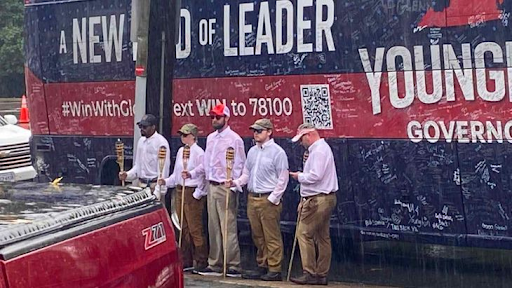 Now We Know Who Was Behind the Tiki-Torch White Supremacist Stunt in Va-- MATT MARGOLIS
...Virginia Democrats must know just how bad things are looking for Terry McAuliffe in the gubernatorial election that will be decided on Tuesday.
In addition to the McAuliffe campaign hiring a lawyer known for challenging election results (and trying to kill that story) Virginia Democrats have resorted to a false flag stunt right out of the Jussie Smollett playbook.
A group of five alleged white supremacists stood before a Youngkin campaign bus with tiki torches claiming, “We’re all in for Glenn.”
Of course the first clue that something wasn’t right here is the fact that one of the alleged white supremacists is a black man.
That, of course, didn’t stop McAuliffe aide Jen Goodman from pretending the stunt was legitimate...Read all. 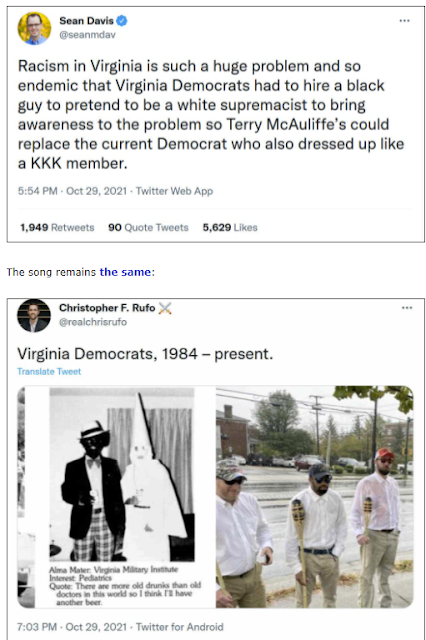