Joe Isuzu Biden: Concern-trolling high energy prices to voters -- and working on the sly to raise them higher - American Thinker

Joe Isuzu Biden: Concern-trolling high energy prices to voters -- and working on the sly to raise them higher - American Thinker  By Monica Showalter
"Joe Biden has repeatedly claimed that high energy prices, including soaring prices at the pump, are some kind of priority for him.

“I will do what needs to be done to reduce the price you pay at the pump,” Biden said.

"American consumers are feeling the impact of elevated gas prices at the pump and in their home heating bills, and American businesses are, too, because oil supply has not kept up with demand as the global economy emerges from the pandemic," the White House said in a news release. "That's why President Biden is using every tool available to him to work to lower prices and address the lack of supply." 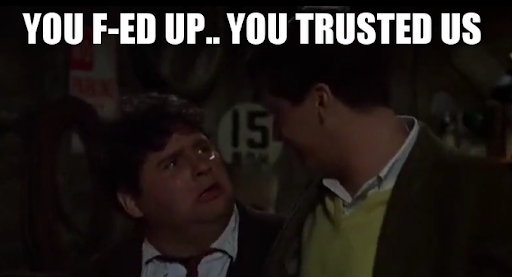 ...Here are a pair of things he's done since that treacly statement that he's done on the sly, hoping you won't notice:

Oil and gas companies should pay more to drill on federal lands and waters, the Department of the Interior argued in a report released Friday, saying that the current rates were "outdated."...

Fox News reporter Peter Doocy asked about the report during Monday’s press briefing, asking, “why is the administration now considering shutting down the Line 5 pipeline from Canada to Michigan?” “So, Peter, that is inaccurate,” Deputy Press Secretary Karine Jean-Pierre claimed. “That is not right. So, any reporting indicating that some decision has been made, again, is not accurate. … So, again, I would — it is inaccurate what you just stated, but —”

“The reporting about us wanting to shut down the Line 5,” Jean-Pierre said.

“I didn’t say ‘wanting.’  I said, is it being studied right now?  Is the administration studying the impact of shutting down the Line 5?”

“Yeah. Yes, we are. We are,” Jean-Pierre admitted.