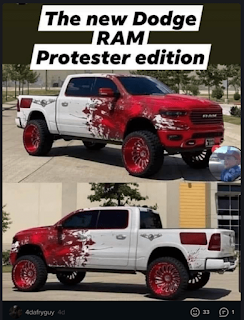 FBI To Place All SUVs On Terror Watchlist | The Babylon Bee
WASHINGTON, D.C.—After a deadly terrorist attack in Waukesha Wisconsin in which a terrorist SUV drove itself into a parade and murdered people all by itself, Attorney General Merrick Garland has ordered the FBI to place all SUVs on the Terrorist Watchlist.
"We have no idea what led this SUV to commit this terrorist act, but we promise to get to the bottom of it," said Garland. "I have directed the FBI to investigate all SUVs before they strike again."
...The FBI also confirmed that media SUVs will be exempt...Read all!
Posted by Jim Riley at 4:30 PM