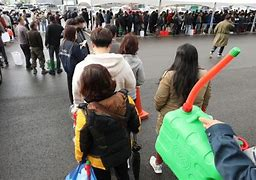 Urea shortage puts supply chain under ‘extreme pressure’ with supplies at risk and prices to soar"...On Friday, news.com.au reported on the urea shortage facing the nation, with experts warning the fiasco would devastate the transport industry within weeks.
But the full extent of the nightmare is becoming clearer, with the shortage set to also affect agriculture, power generation, the trades, healthcare and everyday consumers.
The world is currently facing a major shortage of urea, a key ingredient found in diesel ­exhaust fluid (DEF) – also known as AdBlue – and a large component in fertiliser.
A major factor in the supply disruption is the fact China – which previously supplied 80 per cent of Australia’s urea supplies – has recently banned the export of the product, in order to lower fertiliser prices domestically...Read all!
Posted by Jim Riley at 10:30 AM