House Dems attack on Dan Snyder reeks of desperation
"...The House Government Reform and Oversight Democrats have the answer we have all been waiting for… investigate the Washington Redskins-Football Team-Commanders over sexual harassment allegations from about a decade ago. 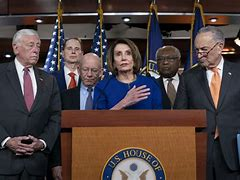 Mind you, this is the same House of Representatives
Posted by Jim Riley at 7:00 AM