Why people become rock stars after they flip politics
"By now, we’ve all heard about the January 6th hearing, particularly the “testimony” of one Cassidy Hutchinson, a former aide to President Donald Trump’s chief of staff.
However, it seems that’s only part of the story. 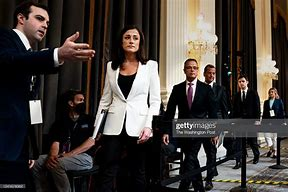 As it turns out, Hutchinson's decision to testify before the committee came after the former aide had made a complete reversal on her beliefs about President Trump, the January 6 committee, and what happened on that day more than one year ago.
As Mollie Hemingway and Tristan Justice reported in an exclusive at The Federalist, messages show an entirely different set of beliefs exhibited by Hutchinson than she showed in her performance before the January 6 committee's media circus...."
Posted by Jim Riley at 1:30 PM