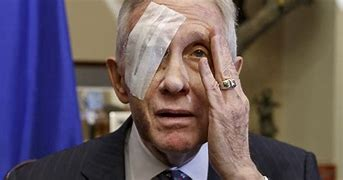 "You only need to understand one thing about the inner workings of the Democrat mind - and that was exposed during the 2012 election season by none other than the Senator from Searchlight, quite possibly one of the nastiest and most vindictive politicians to ever warm a seat in Congress, Harry Reid.
Perhaps in the defining moment of his career, Reid hid behind the Speech and Debate clause to blatantly lie about Mitt Romney’s taxes from the Senate floor during the 2012 campaign as he claimed that Milquetoast Mittens had not paid taxes for a decade.
When challenged by the media after Obama was safely home for his second term (even after the Benghazi atrocity), Reid famously quipped “Well, he didn’t win, did he?”
Shameless and evil are two words that come to mind..."
Posted by Jim Riley at 8:30 AM