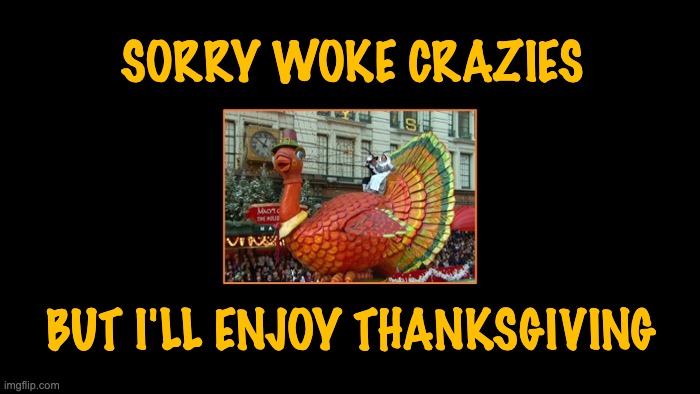 "...Woke America, however, tells us not to enjoy the day.
They say Thanksgiving is a bad day, a celebration of genocide.
...In 2021 the Philadelphia Tribune provided a great example of Woke thinking about Thanksgiving:

Tragically, those trusting red men, women, and children had no idea that the unimaginable hell of widespread death and massive land robbery would soon follow.
When the Pilgrims arrived on the Mayflower in 1620, they didn’t bring thanks. They didn’t even give thanks. Instead, they brought racist genocide and gave nothing.
And they eventually succeeded in mass killing and mass land robbery not because they were smarter or stronger but because they were sadistically evil racists who initiated the use of a weapon of mass destruction that previously had been unheard of on this land...