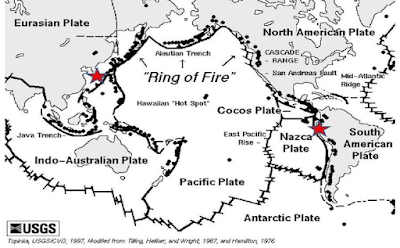 "Recent Marine Heat Waves Caused by Undersea Volcanic Eruptions, Not Human CO2
In a previous post, I showed how submarine volcanic eruptions don’t contribute to global warming, despite the release of enormous amounts of explosive energy.
But they do contribute to regional climate change in the oceans, such as marine heat waves and shrinkage of polar sea ice, explained a retired geologist in a recent lecture.
Wyss Yim, who holds positions at several universities in Hong Kong, says that undersea volcanic eruptions – rather than CO2 – are an important driver of regional climate variability...
Posted by Jim Riley at 8:30 AM