The Twitter left is on Musk for rightly proclaiming that "Hands up, don't shoot" was a fabricated lie and remains so today. 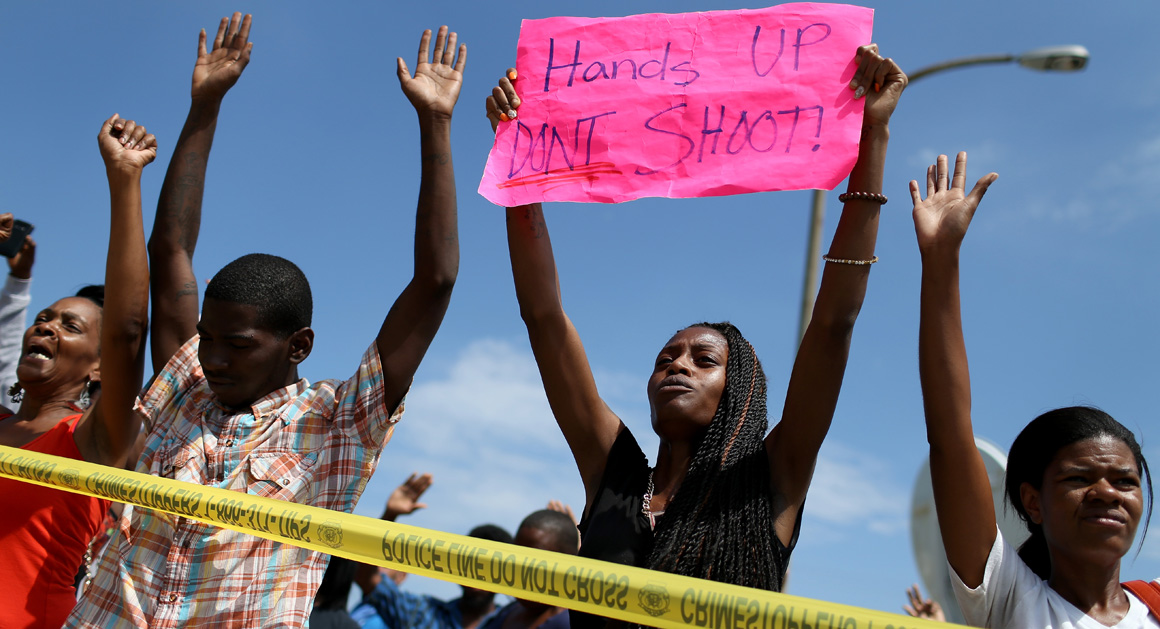 "...Back in 2015, I wrote this about the things the left was saying that just weren't true:

"White cops are hunting totally innocent young black men – I mean “Hands up. Don’t Shoot” for goodness sake. Two days ago, the New Republic (a leftist rag), published an article stating that HUDS was not built on a lie because of the long standing leftist doctrine of Fake But Accurate – they need it to be true, so it is even if it isn’t."

The New Republic article was a doozie, concluding with this paragraph about the report Obama's DOJ released...
Fake but accurate is what drove the BLM "protests" that became excuses for riots, looting, arson, and murder - and the anarchy and violence of ANTIFA.
It was all based on a lie."
Posted by Jim Riley at 5:30 PM