Must read!!-----TikTok is a Chinese Superweapon - by Gurwinder - The Prism

TikTok is a Chinese Superweapon - by Gurwinder - The Prism 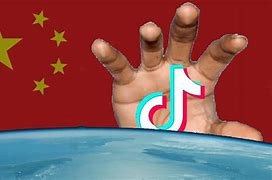 "...Last month FBI Director Chris Wray warned that TikTok is controlled by a Chinese government that could “use it for influence operations.”
So how likely is it that one such influence operation might include addicting young Westerners to mind-numbing content to create a generation of nincompoops?
...Has the CCP enforced such rules to protect its people from what it intends to inflict on the West?
When one examines the philosophical doctrines behind the rules, it becomes clear that the CCP doesn’t just believe that apps like TikTok make people stupid, but that they destroy civilizations...
Posted by Jim Riley at 4:30 PM