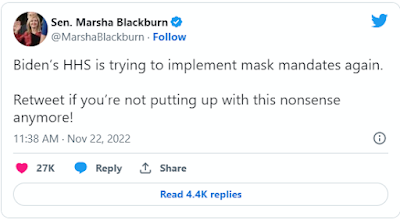 And quickly, they weasel: Editor’s Note: A spokesperson from President Joe Biden’s Health and Human Services Department contacted Breitbart News after publication to clarify that the “mask mandate” included in the report was the recommendation of study participants (people with Long COVID, their caregivers, health care providers, advocates, and other subject-matter experts) and is not a recommendation HHS made. .
Posted by Jim Riley at 9:30 AM No comments:

"REPORTER: "Can you address whether the President was involved in any of his son Hunter or his brother's foreign business dealings?"

Townhall.com on Twitter: "REPORTER: "Can you address whether the President was involved in any of his son Hunter or his brother's foreign business dealings?" KJP: "So look, I, you know, um, there's some, a little bit of, uh, interesting, uh, you know, kind of, on brand, uh, thinking here." https://t.co/7h1msnvOBW" / Twitter 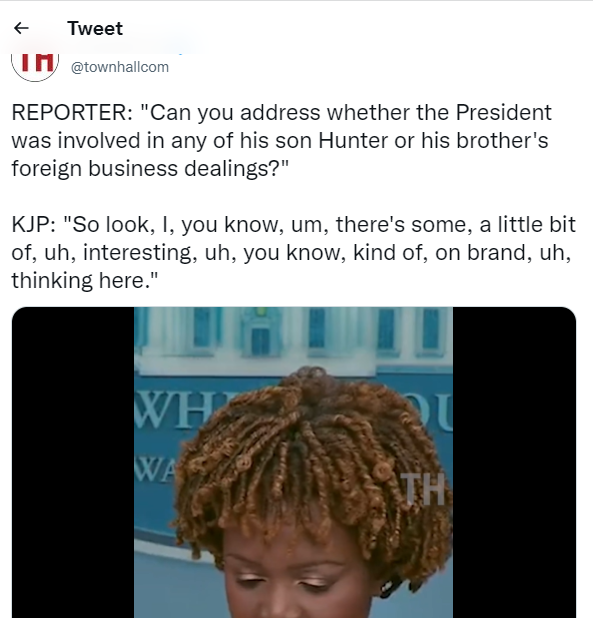 All because Trump said on-air, that his Dr. recommended trying it. The media IS THE enemy! 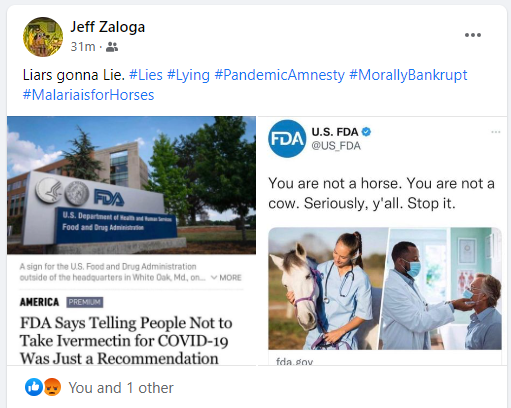 Stanford professor who challenged lockdowns and 'scientific clerisy' declares academic freedom 'dead' | Fox News:
A Stanford University professor of medicine says "academic freedom is dead" after his life became a "living hell" for challenging coronavirus lockdown orders and the "scientific clerisy" during the pandemic.
"The basic premise is that if you don't have protection and academic freedom in the hard cases, when a faculty member has an idea that's unpopular among some of the other faculty – powerful faculty, or even the administration … If they don't protect it in that case, then you don't have academic freedom at all," Dr. Jay Bhattacharya told Fox News Digital in a phone interview.
Bhattacharya is a tenured professor of medicine at Stanford University and also an economist who serves as director of Stanford’s Center for Demography and Economics of Health and Aging.
Posted by Liberty Review at 7:30 AM No comments:

Must read the entire comment!-----Why You Can’t Trust Crime Statistics- from comments 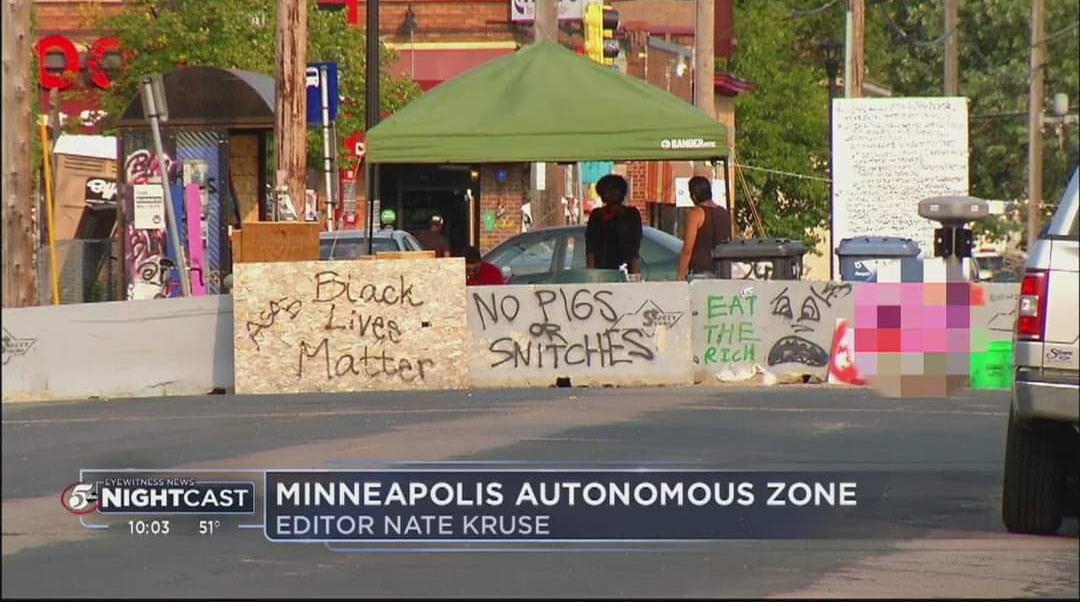 "7 Responses to “Why You Can’t Trust Crime Statistics”
Blackwing1 says: November 20, 2022 at 7:11 PM
"Back when we were living in the center of the Hive (Minneapolis) of the Soviet Socialist State of Minnesota, the insane collectivists of the city council passed a new graffiti law.
Nobody really paid attention; I didn’t until I was bitten in the a$$ by it.
It provided a system in which to report graffiti.
I’d been hunting up in northern MN and came home to find my garage (along with more than half the garages up and down my alley) defaced by gang tags.
Naively I called in and reported.
They basically created a system by which the victims of a crime were made to be criminals because of reporting it.
As a natural result, two things happened.
1) People used the system to screw over anyone they didn’t like, with the city imposing the fines and “removal costs” on their personal enemies.
2) Reports of graffiti dropped like a ROCK.
Yet another reason why you can’t trust any statistic coming from the statist/collectivist/authoritarians running (what used to be) America’s cities."
Posted by Jim Riley at 7:00 AM No comments: 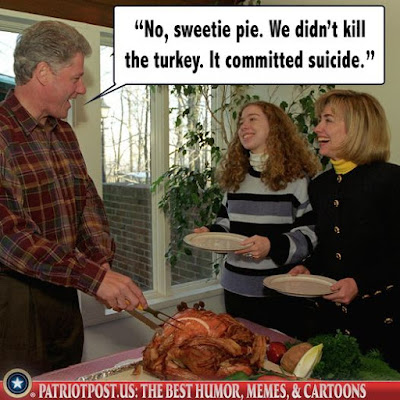 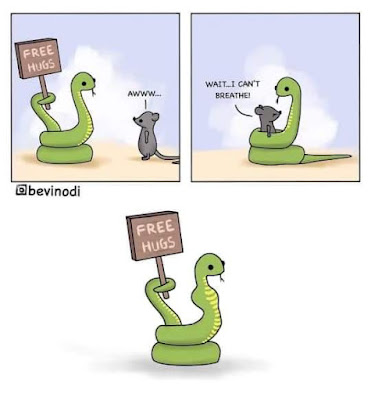 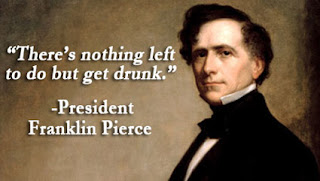 Franklin Pierce 1804 - 14th President of the United States
Posted by Jim Riley at 1:00 AM No comments:

Pentagon promotes critical race theory, gender identity 'insanity': GOP report | Fox News:
The Biden administration has launched extensive diversity and equity initiatives in the military that have popularized elements of critical race theory and gender identity and significantly weakened the U.S. armed forces, according to a report obtained exclusively by Fox News Digital.
"Our military’s singular purpose is to ‘provide for the common defense’ of our nation," the report said. "It cannot be turned into a left-wing social experiment. It cannot be used as a cudgel against America itself. And it cannot be paralyzed by fear of offending the sensibilities of Ivy League faculty lounges or progressive pundits.
"The world is a dangerous place, and the Biden administration’s insanity is eroding our greatest source of security in it."
Posted by Liberty Review at 7:30 PM No comments:

The way we were-----You might be OLD…If You Remember These! PART 1

This is astounding!-----The FTX Disaster is Deeper Than you Think 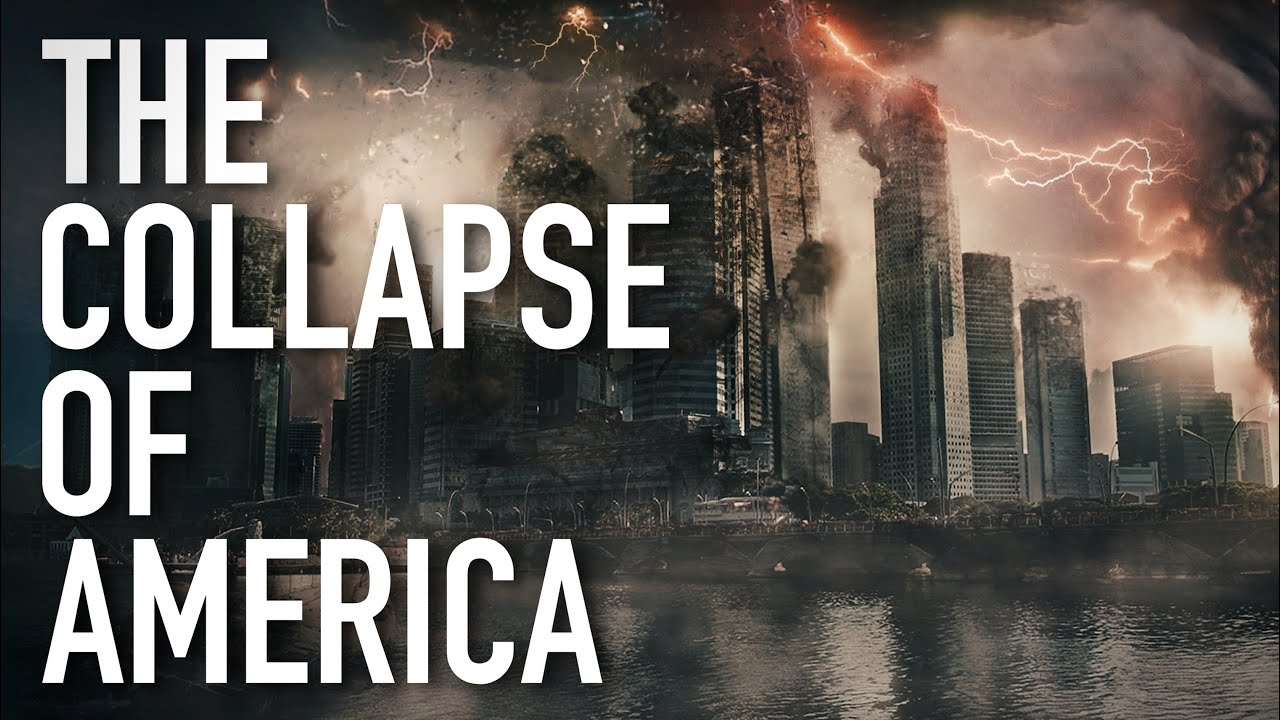 "Some leftists have asserted, despite all evidence, that crime rates in blue states are no higher than in red states.
Posted by Jim Riley at 5:30 PM No comments: 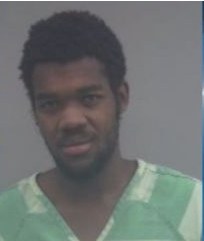 From article: "This may be due to what both the university and student paper fail to mention in their reports: that Blair is black. Students and others in the UF community would only know this by checking out a local news site..."

Dem mayor who used taxpayer money to purchase first-class plane tickets to Europe is under fire again for spending $225,000 on security services and personal stylist - TheBlaze

Dem mayor who used taxpayer money to purchase first-class plane tickets to Europe is under fire again for spending $225,000 on security services and personal stylist - TheBlaze:
Democratic New Orleans Mayor LaToya Cantrell is being criticized for spending more than $50,000 in taxpayer money on security services and another $175,000 in campaign funds on a personal stylist and shopper.
Posted by Liberty Review at 3:30 PM No comments:

Mike Rowe sounds the alarm on a declining work ethic

Lot's of good advice here!-----“The Preppers Were Right All Along”

“The Preppers Were Right All Along” 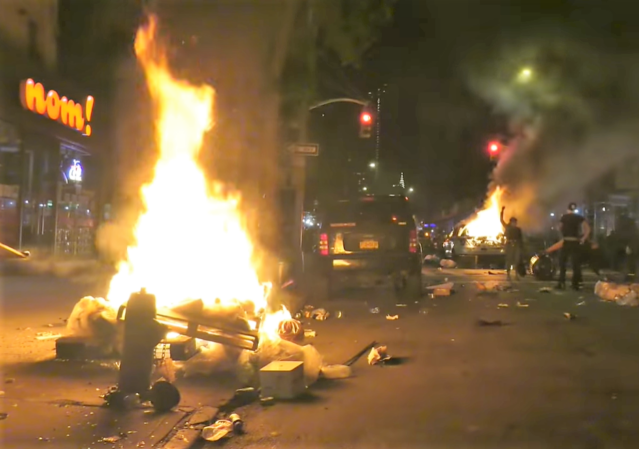 "...The pandemic made clear we live on a thin line that can be disrupted.
It’s not unthinkable that our key systems — the electric grid, natural gas supply, gasoline — could fail….
So all in all, I no longer view “preppers” as crazy.
Maybe they were right, just early.
...We followed up in August of 2022 with an online event, VIDEO: Prepping For The Worst – Basic Survival Strategies For Everyone,..
Posted by Jim Riley at 1:30 PM No comments:

Did you EVER see THIS on major TV media?--Lunch video----January 6th Insurrection

"Donald Trump was silenced by the press and social media, as part of an ongoing Democrat led coup to undermine his past and future presidency."
Posted by Jim Riley at 12:30 PM No comments: 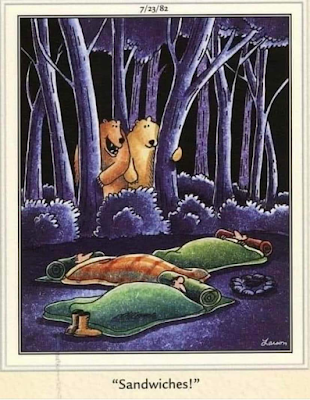 DAVIS: Biden Misreads Election Results As A Validation Of His Border Crisis | The Daily Caller

DAVIS: Biden Misreads Election Results As A Validation Of His Border Crisis | The Daily Caller:
In just under two years, the Biden Administration has opened our border, dismantled our sovereignty, and significantly altered the country’s demographics. Yet, after the first midterm of his presidency, Joe Biden and his party largely escaped voters’ wrath unscathed.
Posted by Liberty Review at 11:30 AM No comments:

Another day in NYC…

Another day in NYC… 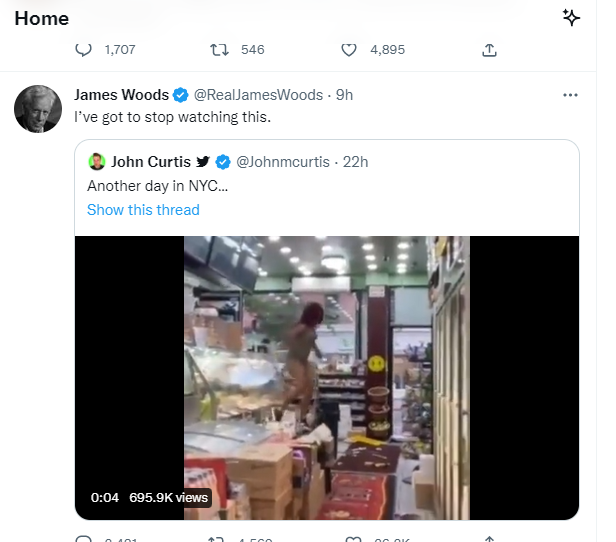 These are 2022′s ‘most annoying’ slang words, study finds 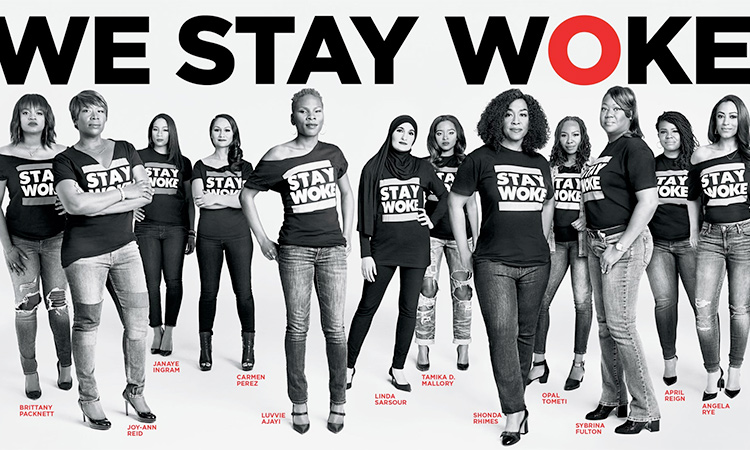 "A new study found the most popular and “most annoying” slang terms of 2022...
Results are in and “bae” (“term of endearment or labeling something as good or cool”) is the most annoying idiom of the year.
Next is “on fleek” (“perfectly executed or extremely good, attractive or stylish”). Coming in at third most annoying is “bye, Felicia” (“a dismissive goodbye”). Fourth is “OK, Boomer” (“implying someone is old, out-of-touch or resistant to change”).
In fifth place is “woke” (“being alert to societal injustice”)...
Posted by Jim Riley at 10:30 AM No comments:

These "she/her"s are brainwashing our children. The American people should not be forced to pay for these loons to be in our schools. 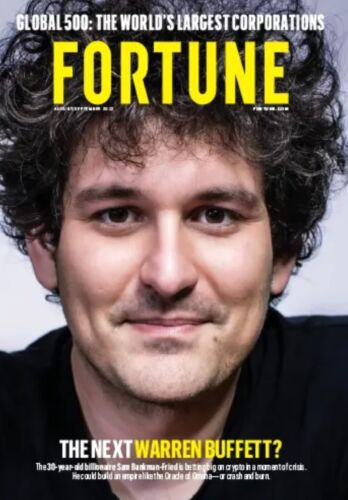 "...considering the near-apocalyptic collapse of Sam Bankman-Fried’s Futures Exchange.
...It was curious and ironic that Bankman-Fried and his merry band of wonderkind were so elevated by the finance press … as if he had discovered some great hitherto unknown secret to grubbing wealth unfathomable, secrets unknown to the rest of us mere mortals.
...Bankman-Fried and his friends appear to be the children of privilege – just like Elizabeth Holmes, of Theranos ill-fame, who by striking coincidence, was sentenced this week.
I assume that it was the same with Bankman-Fried; ‘oh, he couldn’t possibly scam us! He’s one of us!”
Posted by Jim Riley at 9:30 AM No comments: 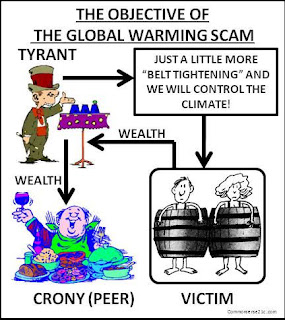 At the same time USA learns NOTHING!
Nuclear plant along Lake Michigan will not reopen after federal application denied
"In the throes of an energy crisis, a German energy company is moving forward with plans to dismantle a wind farm adjacent to its coal mine in order to expand operations.
Recognizing the “paradoxical” nature of the situation, Germany energy company RWE, which operates the Garzweiler coal mine, said it’s necessary...
Posted by Jim Riley at 8:30 AM No comments:

They only use their fake "outrage" as a weapon. They care NOTHING about true victims. 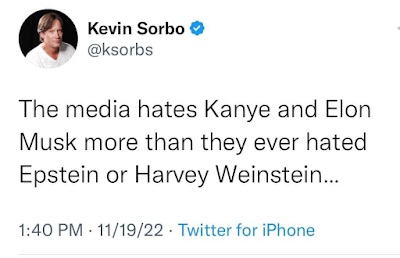 Federal Trade Report: Globalization Cripples American Towns as Free Trade Moves Jobs Overseas, Crushes Wages:
Globalization of the United States economy has had a crippling impact on American towns as free trade makes it easier for companies to move production and jobs overseas, a report from the U.S. International Trade Commission details.
Posted by Liberty Review at 7:30 AM No comments:

I had no idea these people were considered normal in most U settings. Nor did know how truly powerful they are!-----Scholar’s ‘Abolish the Family’ speech hosted at UMass Boston 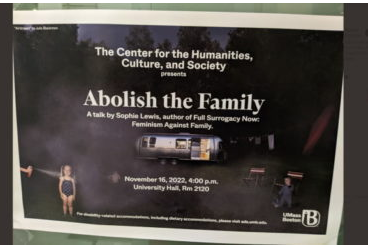 ‘Challenging the rhetoric of motherhood’ 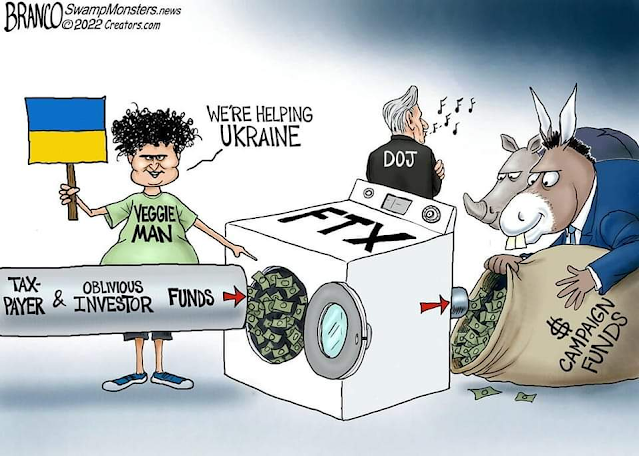